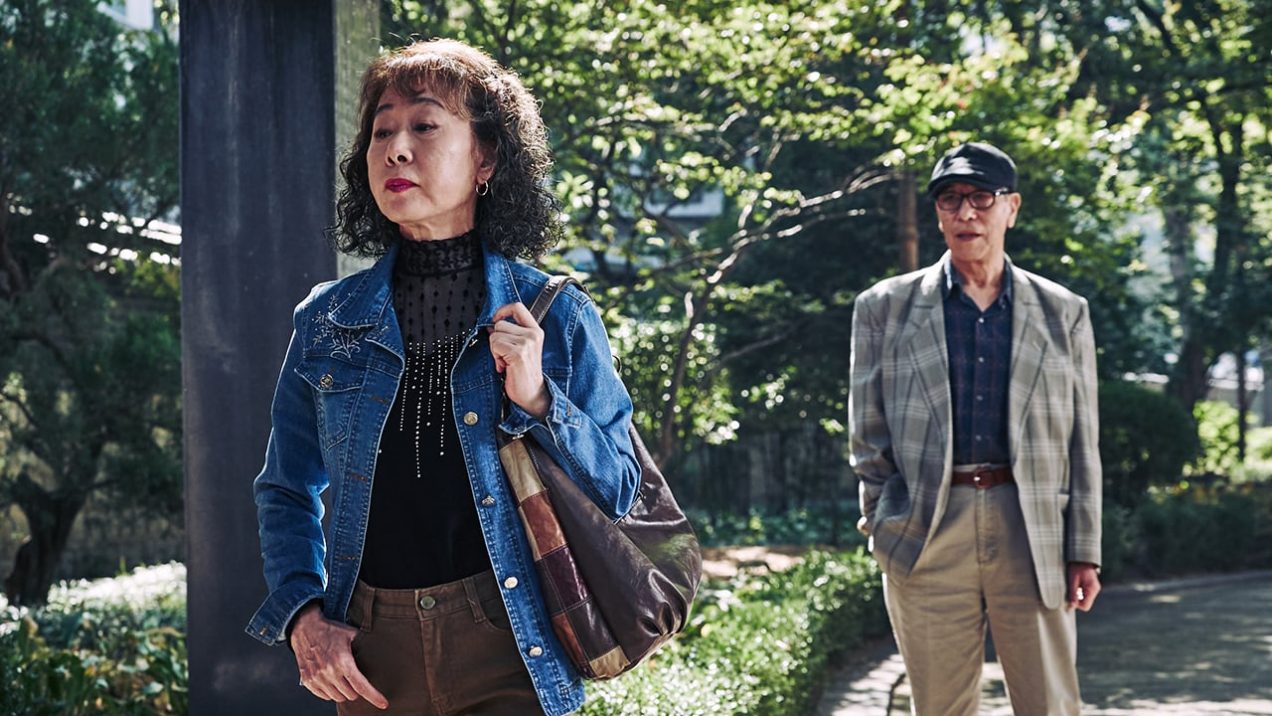 Director E J-yong follows the more traditional melodrama of My Brilliant Life with a daring look at a particularly Korean phenomenon of ‘Bacchus Ladies’: elderly sex workers who frequent the parks of Seoul offering sexual encounters under the guise of selling bottles of a famous brand of energy drink. Combining the sexual frankness of Dasepo Naughty Girls and An Affair with the anarchy of Actresses and Behind The Camera, he reunites with one of the stars of both latter films – and everyone’s favourite sexagenarian – Youn Yuh-jung, for a running social commentary on contemporary South Korea.

We first meet the knowingly named ‘So-Young’ (Youn Yuh-jung) in a doctor’s office having picked up an STD from a client. “I knew I should have made him wear a condom!” she exclaims, before the doctor is stabbed by a Filipino girlfriend with a pair of scissors. Concerned for the woman’s young boy as the police cart her away, she takes him in, bringing him home to her offbeat ‘family’, transsexual Tina (An A-zu) and amputee Do-hoon (Yoon Kye-sang). There’s some wonderfully blunt, gross out humour to be had as we watch So-young struggle through the indignities of ‘making ends meet’. And unsurprisingly it’s a role that plays to Youn Yuh-jung’s strengths, rarely appearing as characters who guard their words or actions.

Things take a darker tone, though, as she ends up offering a drink of a different kind to an old client who can no longer go on living as a virtual invalid, sustained by science and left to decay in hospital. She soon finds he’s not alone in his wishes, and not the only former client who wants her help.

Concerns of age, particularly with reference to women and how they ‘should’ look and act, are recurring points for E J-yong’s work; from his breakthrough hit An Affair, which concerned an older married woman becoming attracted to a younger man, to fly on the wall mockumentary Actresses, which wonderfully lampooned media obsession and expectation through three distinct generations.

Here, rather like Ann Hui’s A Simple Life, one of the films main concerns is the result of changing tones towards elderly in Asia, as more Western attitudes are adopted. Her hospitalised client complains his grandchildren are ‘too American’, their heads stuck in smartphones, before the whole family announces they are leaving him there to go back to the US. Similarly, despite the shame of her chosen career, So-young is too proud to resort to being the old lady who collect rubbish from the streets in order to survive. As life expectancy increases and medical advances keep us alive, E J-yong prompts questions about quality of life, not just in physical health but that of having friendships, family and company: if we can’t have that, shouldn’t we be able to make choices about our own lives?

During the course of the film, E J-yong inserts his commentary on several other aspects of Korean society; immigration, prejudices and particularly the fates of children of mixed heritage are touched on. Perhaps guilty of muddying the direction of the film, one occasionally feels that the director is trying too hard to fit this all in. Another sticking point can be E’s style, which increasingly becomes a little too detached from reality, however enjoyable it is.

Ultimately though it’s the loneliness of old age, which we see through the characters, that E J-yong really wants us to see, with an end sequence that gives the film a poignant payoff you won’t have been expecting. Both incredibly funny and heart-rending, The Bacchus Lady is a refreshingly frank look at life for pensioners amidst cinema’s obsession with youth.

The Bacchus Lady screens as part of the London Korean Film Festival 2021. For more information see their official website.