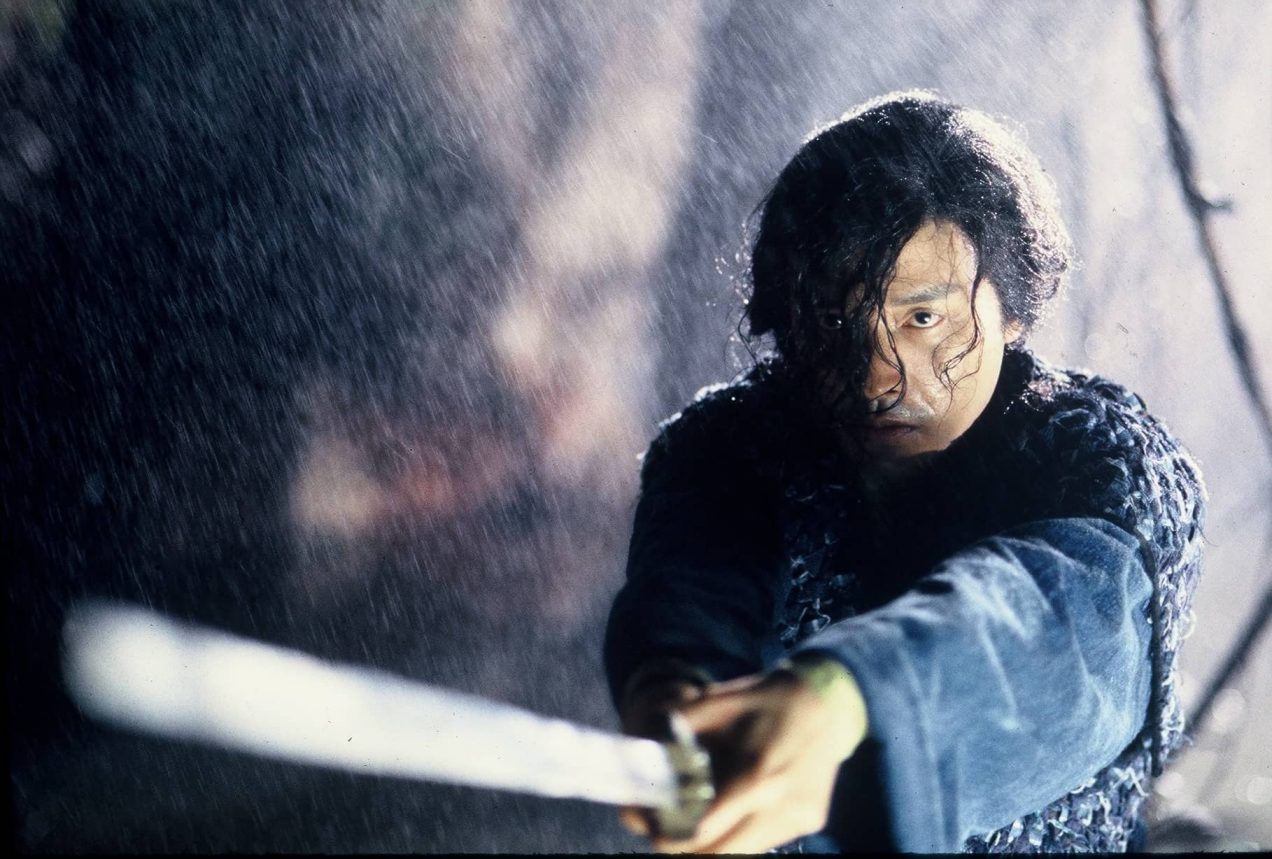 With its perfect casting of Hong Kong film idols Leslie Cheung and Brigitte Lin, masterful cinematography by future Oscar-winner Peter Pau and art direction by Eddie Ma, Ronny Yu’s The Bride With White Hair stands as one of the best-known and best-loved examples of the high-flying wuxia genre from the early 90s. It won various plaudits at the 30th Golden Horse Awards 1993 and 13th Hong Kong Film Awards in 1994, as well as reaching international festivals like Fantafestival and Fantasporto. It makes a welcome debut on UK Blu-ray from a 4K restoration, newly colour graded exclusively by Eureka Entertainment and officially approved by director Ronny Yu, that is a genuine upgrade on previous murky transfers, that along with new subtitles, should help bring the film to new audiences for the classic status it deserves.

Director Ronny Yu, along with co-writers Jason Lam (Swordsman, A Chinese Ghost Story II), Elsa Tang (Swordsman 2, Iron Monkey) and David Wu (also the films assistant director and editor), saw the material as a Romeo and Juliet at heart, excising some of the more complex aspects of the story for a tale of two lovers caught between warring clans. On the one side, we have Zhuo Yihang (Leslie Cheung), raised to become a leader within the righteous Wudang Sect, but reluctant to take such a role. On the other, the mysterious Lian Nichang (Brigitte Lin), an orphan raised by wolves and member of an evil cult led by conjoined twins Ji Wushuang (Francis Ng and Elaine Lui). When they meet, Zhui immediately falls in love, convincing Lian they should leave the world of martial artists behind and pursue a normal life. Inevitably setting them on course for tragedy.

Leslie Cheung had played the lead in 1987’s A Chinese Ghost Story. Directed by Ching Siu-tung and produced by Tsui Hark, it was the film that helped revitalise the wuxia genre with pop video visuals, high-flying action, fated romance and horror-inspired special effects. Half a decade later the genre dominated the Hong Kong box office, reaching a popularity not seen since the late 60s and early 70s. But though it’s fair to say Bride borrows some of those key ingredients – with star crossed lovers and an eye for horror, as well as Cheung himself with a theme song* – The Bride also brings elements that distinguish it from the more usual, if always highly stylised, wuxia of the time.

Right from the first shots when we meet Zhuo Yihang on a snow-covered mountain remembering his tragic tale, the look of The Bride is striking in its scale and production. Cheung beautifully lit and captured on screen by cinematographers Peter Pau and regular collaborator Lee Tak-shing. Eddie Ma’s art direction excels, conjuring up something of a golden age feel. A scene showing a young Zhuo learning swordsmanship in an autumn sunset has more than a touch of Gone With The Wind, albeit mixed with Chor Yuen’s Shaw Brothers classics Death Duel. But if anything, this world is so gorgeously and entirely realised, that it for me the film always felt as if Michael Powell and Emeric Pressburger, the team behind A Matter of Life and Death, Black Narcissus and The Red Shoes, had made a wuxia film.

Pau, who would go on to win an Oscar for his work on Crouching Tiger, Hidden Dragon, had impressive filmography that included The Killer, A Terra-Cotta Warrior and Saviour of The Soul. But would it be unfair to say nothing else was quite so comprehensively considered? Similarly, Ma had an equally impressive CV including two Armour Of God films, Lam Nai-choi’s Peacock King films and Miracles, but was anything on this level? Japanese costume designer Emi Wada was at that point an unusual choice for a Hong Kong film, having worked for Akira Kurosawa on Ran (which won her an Oscar) and Dreams, but would go on to work on, The Storm Riders, Hero and House of Flying Daggers. Here her designs create something of a stylised ‘hyper Asian’ look, reflecting influences from across Asia, not just China or Japan, which helped define the look of wuxia films in the next decade. 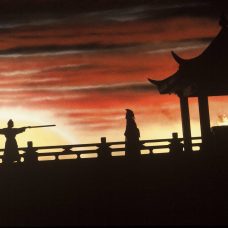 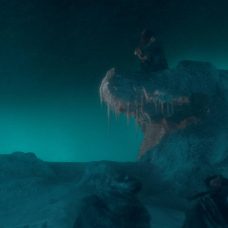 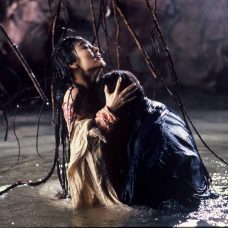 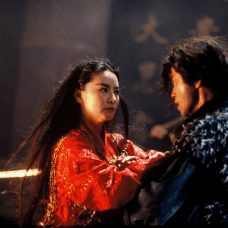 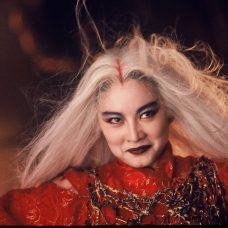 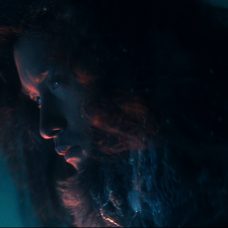 It’s notable that Ronny Yu’s version combines elements of the previous versions. The cinematic aspects of White Hair Devil Lady, and in more ways the gory Taiwan exploitation style of Pearl Chang Ling’s take, an extension of the female avenger movies that filled theatres both there and on export in Hong Kong. While Yu’s solo debut The Saviour in 1980 reflected the punky grittiness New Wave directors were bringing to genre films at the time, he quickly followed them into fantasy films. Wacky period piece The Postman Strikes Back, starring Chow Yun-fat, was followed by comedy horrors The Trail, easily a precursor to Mr. Vampire with Ricky Hui and a Taoist monk fighting the undead, and The Occupant, again with Chow. Other career highlights included Brandon Lee’s debut, Legacy Of Rage. That Yu went onto direct horror films in the US should never have come as a surprise. In the late 90s he was united with quite a different bride, the Bride Of Chucky. Though you could argue it might never have been completely a Ronny Yu film, it was undoubtedly one of the better Hollywood films from a Hong Kong director. A few years later he would direct a clash of two other horror franchise titans with Freddy vs. Jason.

Add to that the genius casting of Leslie Cheung and Brigitte Lin, both playing to their strengths as actors and against perceived gender stereotypes – Lin very aggressive and Cheung rather sensitive –  and you have a film that is as close to perfection as you could wish for. As well as Francis Ng and Elaine Lui wonderfully villainous camp, the cast also includes Eddy Ko (Heroes Shed No Tears, The Martian), Yammie Lam (A Chinese Odyssey Parts One and Two) and director Jeffery Lau. Perhaps the only part that doesn’t feel quite as impressive, at least in terms of Hong Kong cinema, is former Venom Phillip Kwok’s action direction. Too much is kept in slow motion (as would be the case in Ashes Of Time) hardly the super creative, breathtaking choreography of Ching Siu-tung or Yuen Woo-ping of the time.

Perhaps it’s no surprise that audiences’ interest in wuxia began to wane soon after. Just how could you top this? A rushed sequel came in the form of David Wu’s The Bride With White Hair 2, debuting in theatres by the end of the same year, which gave us a resolution of sorts between our tragic lovers, if not enough screen time with them. By the time Wong Kar-wai’s troubled production Ashes Of Time opened in late 1994, the genre seemed almost done, save for a few outliers. Andrew Lau’s The Storm Riders brought CGI into the mix, but it didn’t truly restart until the market in Mainland China opened up, and this became a genre that HK filmmakers knew they could sell. Years later, when those filmmakers came to reboot the classics of the 80s and 90s in the 2010s with reboots of A Chinese Ghost Story and New Dragon Inn (as Flying Swords of Dragon Gate), a remake of The Bride was inevitable, with Jacob Cheung directing The White Haired Witch Of Lunar Kingdom. The result might not have been as terrible as some of us predicted (even if the use of Cheung’s theme over the end titles felt like an insult). As a new generation of young Mainland Chinese filmmakers rediscover those films all over again, mainly for distribution on China’s streaming services, it’s perhaps no surprise to find there’s been yet another version of White Haired Devil Lady just this year, along with recent new takes on A Chinese Ghost Story and Zu: Warriors from the Magic Mountain.

Perhaps Yu did a better job of recapturing the magic with The Phantom Lover in 1995. Reuniting with Leslie Cheung, David Wu, Eddie Ma and other members of The Bride team for take on the classic Chinese version of The Phantom Of The Opera, Song At Midnight. Far more a musical, you can’t help but feel that Joel Schumacher drew on it massively for his 2004 film version of Andrew Lloyd Webber’s musical.

If you enjoyed The Bride With White Hair on crappy VHS or DVD, or maybe never saw it at all, this is a perfect time and edition to (re)discover one of Hong Kong’s finest film moments.

*Cheung’s end theme would be the only way fans could hear the song from the then recently retired pop star.

This disc is presented in 1080p from a brand new 4K restoration, which has been newly colour graded exclusively by Eureka Entertainment and officially approved by director Ronny Yu, together with newly translated English subtitles. The Cantonese audio is presented in original stereo and restored 5.1 presentations, with Optional English and Mandarin audio tracks, a new feature-length audio commentary by Asian film expert Frank Djeng (NYAFF), and an audio commentary with director Ronny Yu.