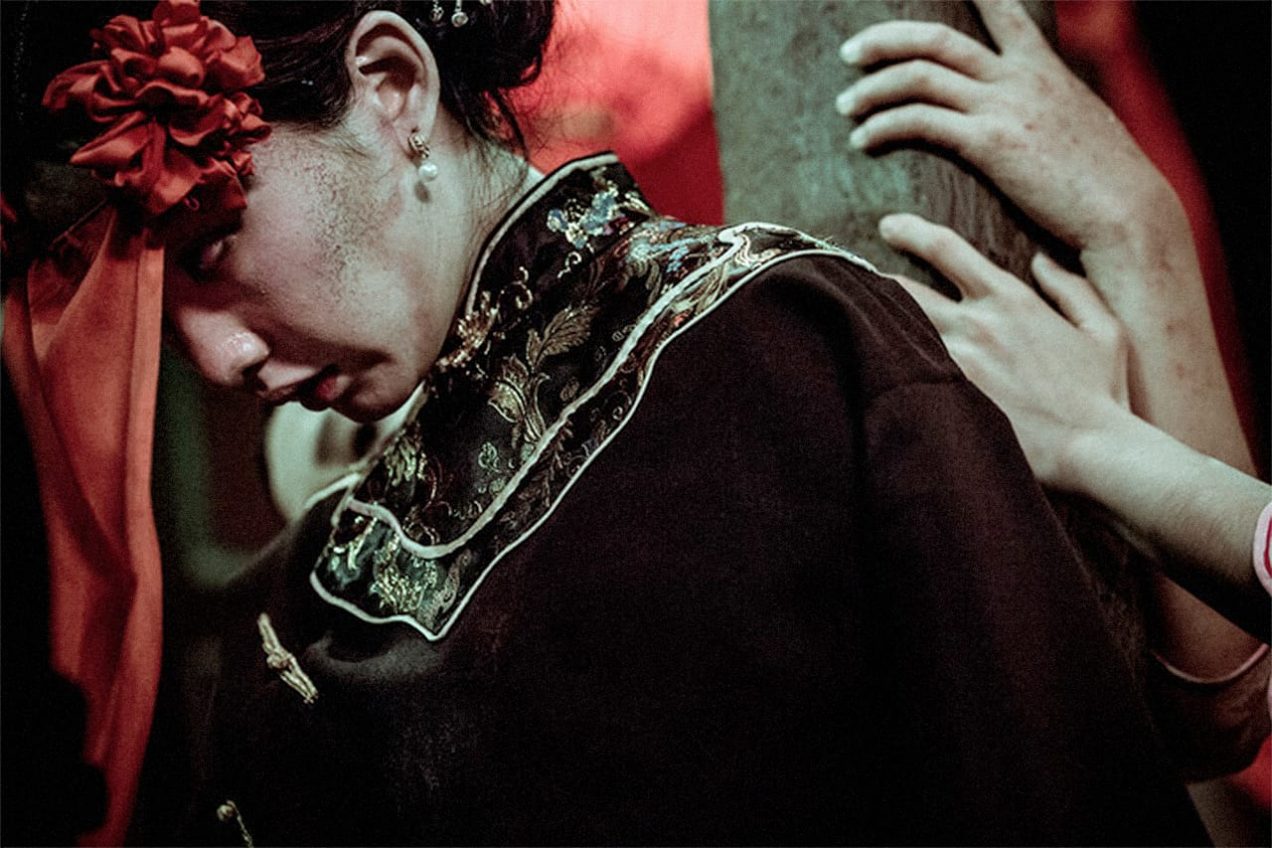 Taiwanese writer director Lingo Hsieh makes her feature debut with shocker The Bride, following up on her 2014 short of the same name. Hailed by many as a rising name in Taiwanese horror cinema, Lingo here is backed by Japanese industry veteran Ichise Takashige, who had a major influence on the modern Asian form after working on the likes of Ring and The Grudge, and who here produces and co-scripts. Nominated for Best Narrative Feature at the Taipei Film Festival, the film is very much a traditional throwback to the Asian ghost boom at the turn of the century, and focuses on the creepy practice of corpse marriages.

Chris Wu (Wake Up) stars as Liu Cheng-Hao, a successful TV producer working on a hit supernatural reality show, who lives a comfortable living with his loving fiancée Chen Yung-Chieh (Nikki Hsieh, The Assassin). His life is thrown into disarray when he makes the mistake of picking up a red pocket he finds in the park one day, after which he finds himself by tormented by nightmarish visions of what appear to be a past life and of a forced marriage to a dead girl. Meanwhile, a high school student called Lin Yin Yin (Yan Zheng Lan) starts experiencing ghostly visions which seem somehow to be connected to Liu’s troubles, eventually leading to the uncovering of dark secrets and past tragedies in the usual fashion.

The Bride really is a film that could have been made fifteen years ago during the heyday of the modern Asian ghost genre, sticking slavishly to the tried and tested formula of old. This shouldn’t come as too much of a surprise given the presence of Ichise Takashige as both producer and co-writer, and the film certainly does recall most of his iconic works, with the vengeful long-haired female ghost sulking around and grabbing people before Lin Yin Yin’s investigation reveals the truth behind the haunting – as well as Ring and The Grudge and their offspring, films like Shutter were clearly key influences. As a result, there’s nothing original or terribly creative here, most of the film’s twists and themes having been covered before, meaning that most viewers will spot the ending coming from very early on.

This having been said, there aren’t quite as many of these films around as there used to be, and The Bride feels like a welcome and nicely-crafted throwback, at least for fans of the form or newcomers, playing out almost like a greatest hits compilation. Lingo Hsieh and Ichise Takashige’s script benefits from an effort to give the film a culturally Taiwanese grounding, which does give it a slightly different look and feel, and the corpse marriage premise is entertainingly creepy – onscreen titles sombrely informing the viewer that the practice is still carried out in parts of the country. This all keeps the film engaging, and while its characters and cast are all fairly nondescript, its central mystery does hold the interest through to the end of its painlessly short running time.

The film also does well when it comes to scares, packing in plenty of fun jump shocks and inappropriate appearances by the ghost, one notable scene seeing it turn up in a swimming pool for no discernible reason. Lingo Hsieh shows a solid knowledge of what makes genre films tick, and what the film lacks in imagination it at partly makes up for in enthusiasm. Some decent special effects, a mixture of practical makeup and CGI similarly help, and the film is generally atmospheric and eerie, with good use of shadows and some suitably lurid colours, its look recalling old school Hong Kong horrors of the 1980s as much as more modern counterparts.

While The Bride is unlikely to win over anyone tired of tales of long-haired ghost, there’s enough here to make it worthwhile for anyone looking for old-fashioned spooky fun. As a feature debut it’s a promising start for Lingo Hsieh, ably aided by Ichise Takashige, and it’ll be interesting to see if she tries her hand at something a little more original next.

The Bride is available from YesAsia.