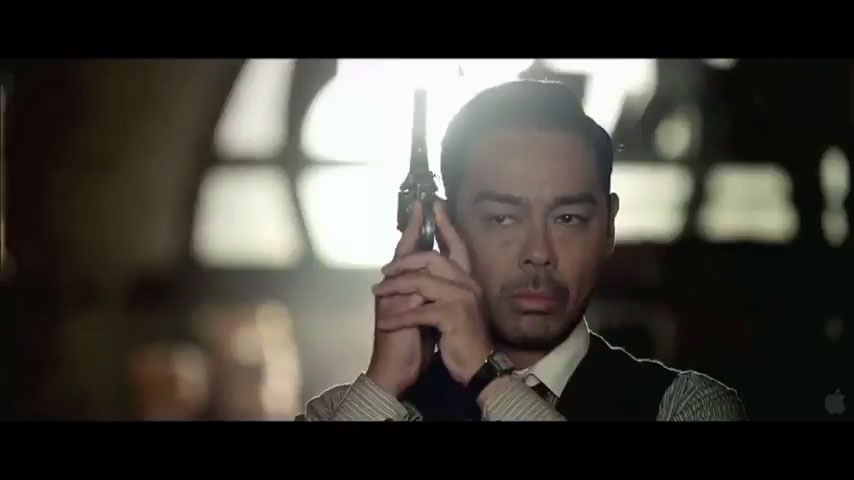 Song Donglu (Lau Ching-wan, Mad Detective, The Longest Nite, Overheard 2), a detective stationed within a prison, where his natural curiosity and tendency to look for the best in mankind finds him reopening the cases of those incarcerated and finding proof of their innocence. His superior notes that at this rate soon there’ll be no one left to guard, until he is summoned to Tiancheng county’s police office by a senior officer who suspects corruption within the ranks.

Here he soon teams up with Guo Zhui (Nicholas Tse, Beast Stalker, Shaolin, Dragon Tiger Gate), “the fastest gunman in Tiancheng”, and novice policeman Xiaowu (Boran Jing, The Guillotines, Love in Space) in investigating a series of murders at a munitions factory where no bullets can be found. The factory boss Ding (Liu Kai-chi in remarkably villainous form, Beast Stalker, Protégé) is dismissive, having bought collusion from various public officials, and all the locals begin to blame it on a supernatural ‘Phantom Bullets’ curse.

But just what is the real explanation for the murders, and who is responsible?

This might be an eccentric, rather than mad, detective, but we’re easily on familiar ground for Lau Ching-wan. Once again he’s a real delight as he reveals in his role as the sometimes awkward, but always much smarter than he appears, Song Donglu. A recurring theme for his character is ‘what makes good people do bad things?’; a question he just can’t seem to understand since lawbreaking for any reason is just an anathema to him.

If anything, Nicholas Tse’s performance trumps even Lau’s; he brings a complexity and depth to his role that belies his characters surface bravado. Indeed, I rather feel like every time I see Tse in a role now I’m reminded of just how talented he is. Having all but written him off for his roles in films like New Police Story, he seems to have grown into a ‘pretty boy’ who can pull off pretty damn decent character roles, such as Beast Stalker and Shaolin.

The interplay between these two actors alone raises the bar on this drama, which is well written but at points too entangled with political corruption, particularly in the early stages, to let the narrative truly flow. Overall, however, these seem like minor quibbles. Much like Peter Chan’s Wu Xia (Dragon) this interpolates more modern, CSI-style forensic science into period drama. You still might not be ‘wowed’ by the actual detective work going on here, but you’ll easily enjoy the ride.

With cinematography led by Chan Chi-ying (The Lost Bladesman, Koma, The Twins Effect II) it’s gorgeous to look at (in fact this is easily the best looking film from Chan I’ve seen). Solid production values and costume design vibrantly bring this 1930s industrial city to life. Okay, so much has been made of comparisons with Guy Ritchie’s Sherlock Holmes excursions, but with recent period dramas in Hong Kong and China have been stretching out to other settings – from the Steampunk of Tai Chi Zero/Hero to the Warlord Era of Shaolin and Let The Bullets Fly – this more industrialised surrounding was bound to happen.

Moreover Law’s direction feels considered and even-handed. He brings a lot of visual flair and stylish composition to the proceedings, from backlight romantic moments to an extended slow motion sequence amidst explosions, without overwhelming the narrative or pace. There might be an echo of Law’s previous modern police drama Double Tap, but this film hits all the right notes – don’t miss it!

The Bullet Vanishes screens as part of the Terracotta Festival 2013 a week before it officially starts, screening at the Prince Charles Cinema.