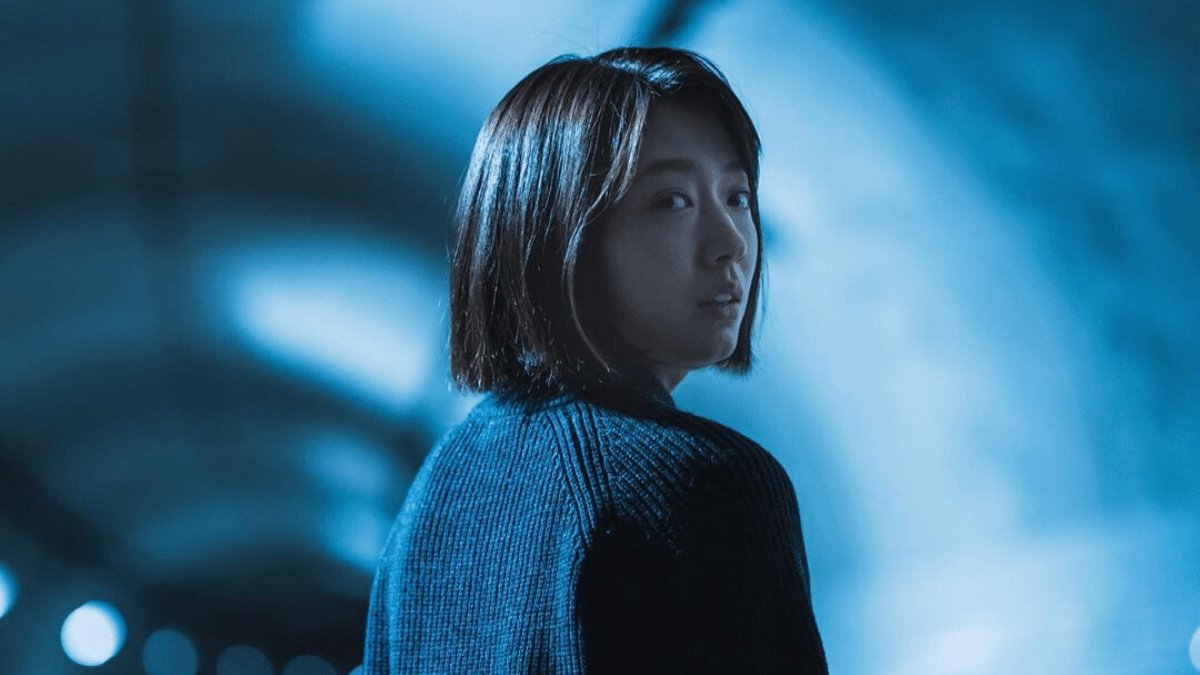 One of the very few benefits of the ongoing worldwide COVID pandemic is that it’s seen an increasing number of Asian titles turning up on content-hungry international streaming services, which might not otherwise have been released in the west. The Call, from Korean writer-director Lee Chung-hyun is a great case in point, a film which had its domestic release delayed due to the virus, and which now lands on Netflix, giving it the chance to reach a much wider audience.

The film stars popular actress, singer and model Park Shin-hye (recently in Korean zombie flick #Alive, which also went to Netflix in the west) as Seo-yeon, who moves into an impressive-looking rural house which her father had intended on buying before passing away some years back. She starts receiving a series of strange calls on the landline, which turn out to be from another woman called Young-sook (Jeon Jong-seo, recently excellent in Lee Chang-dong’s Burning), who they discover is living in the same house back in 1999, the same year Park’s father died. The two women get on well, though Young-sook’s behaviour takes a turn for the dark, and it becomes clear that the connection between their fates is more sinister than initially suspected

When dealing with time travel or temporal anomalies like this, films can either spend time trying to justify the premise through science or philosophy, or can simply get on with things, using it as a framework for what inevitably end up being increasingly complex shenanigans. The Call definitely falls into the latter camp, with Lee Chung-hyun going hell for leather in ramping up the tension and throwing in all manner of twists and turns without bothering with explanations – although the film’s central concept and parts of the plot are similar to that of Gregory Hoblit’s 2000 Frequency, it’s closer in tone to the far schlockier 2004 Ashton Kutcher starring The Butterfly Effect. While far from being funny, the film certainly plays out like a comedy of errors, with the road to hell being paved very much by good intentions, and Lee does a great job of turning the screws in an entertainingly mean-spirited way. Although it’s best going into the film knowing as little as possible about the direction it takes (avoid the trailer if possible), even for viewers who can see where it’s going, Lee still manages to make the plot developments gripping as it hurtles towards an intense final act – stay tuned for further twists once the credits have rolled.

Although The Call doesn’t really make much sense in retrospect, frequently running roughshod over its own internal logic and boasting several gaping plot holes, Lee keeps it moving at a fast pace, and avoids any of the usual melodrama and romance which undermine so many Korean genre films and pushes their running times needlessly past the two-hour mark. He also works in a series of effective set pieces, and without giving much away, the film does head into some nasty territory, getting pretty gory in places. This gives it a real boost and a welcome sense of danger, especially since he makes it clear that most members of the small cast are fair game.

The film is essentially a two-woman show, and both Park Shin-hye and Jeon Jong-seo are on good form, making the increasingly fraught relationship between their characters strangely believable, something which works well to give the film a certain grounding. The film’s main flaw is that  Seo-yeon is a bit of a blank protagonist, without much in the way of character development and basically garnering sympathy by being put in peril, though Park makes her likeable enough, and she’s easy to root for. Jeon has the far more interesting of the two lead roles, and the more developed, getting the chance to really work her acting muscles as Young-sook changes, in particular during the first third of the film in scenes involving her Shaman stepmother.

The Call is one of the better 2020 genre films from Korea, and one of the few to keep its focus on a fun high concept premise rather than getting distracted by last act melodrama. Bolstered by fine acting from Park Shin-hye, and even more so from Jeon Jong-seo, the film is an excellent first outing for Lee Chung-hyun, and like #Alive will hopefully find streaming success and will inspire Netflix to pick up more of the same.

The Call is available to stream on Netflix now.