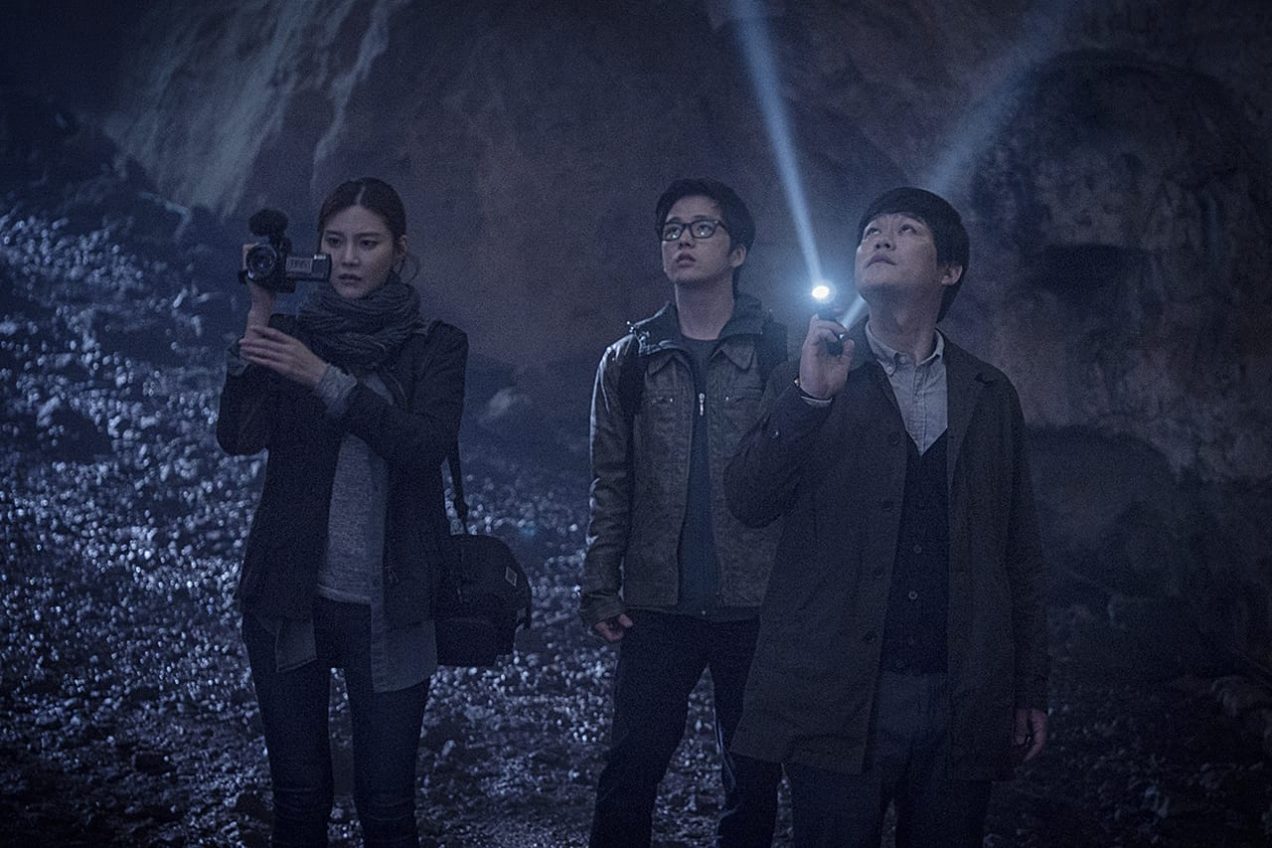 Exorcist, the original title of The Chosen: Forbidden Cave, gives a pretty good idea of what the film is about, being a Korean take on the exorcism and possession genre, currently popular in various forms in different countries around the world. Based on the 2010 novel Moonyeogool by Shin Jin-oh, the film was written and directed by Kim Whee, who continues to build his horror CV after helming The Neighbors in 2012 and a segment of Horror Stories 2 in 2013. Chosen as the closing film of the 2015 Bucheon International Fantastic Film Festival, the film combines Korean Shamanism and mythology with modern genre techniques to interesting effect.

Kim Sung-kyun (who previously worked with Kim Whee on The Neighbors) plays Jin Myung, a psychiatrist who also runs a line in exorcisms and investigates supernatural cases with his assistant Ji Kwang (Kim Hye-sung, 71 – Into the Fire). After being pestered by an investigative reporter (Cha Ye-ryun, Sector 7) making a documentary on exorcism, Jin Myung becomes involved with trying to treat a woman called Geum Joo (Yoo Sun, Don’t Cry, Mommy) deciding to use unique skills when he becomes convinced she is possessed by an evil spirit. The exorcism only leads to more trouble, linked to a past mystery involving Geum Joo’s past abduction by a crazed priest (Cheon Ho-jin, Veteran) and a sinister cave on Jeju Island.

The Chosen: Forbidden Cave really is pleasingly different to most other Korean horror films of the last few years, being free from the usual high school shocks and long-haired vengeful spirits, and taking things down a much stranger and more mythological route. It’s quite an odd film throughout, in ways which may throw some audiences off balance thanks to a general avoidance of explaining any of its weirdness – plant pots levitate, characters eyes change colour, and other spooky things happen, all without any kind of backstory or justification. Similarly, no one seems to question Jin Myung’s mixing of psychiatry and exorcism, and the overall result is an intriguing, off-kilter reality where the characters seem to accept the uncanny at face value. This works very well, at least for viewers not in desperate need of details or logic, and the film has an other-worldly feel that fits its themes well. At the same time, Kim Whee manages to work in commentary about modern Korean society, while referencing historical events such as the Jeju Uprising, adding a touch of depth and making the film surprisingly grounded in spite of its sometimes obtuse eccentricity.

The film also does fairly well when it comes to more basic horror, with a creepy and ominous atmosphere throughout and a fair amount of tension as it builds towards what makes for a satisfying conclusion. There are a number of scares and set pieces scattered throughout, ranging from the generic to the genuinely unnerving, and while some of these fall flat, this at least ensures that the film never gets dull, even when at its most cryptic. Things are let down somewhat by what appears to have been a low budget, with a few instances of below average CGI undermining the frights, and Kim’s rather workmanlike direction isn’t quite creative enough to prevent it from feeling a bit made for television in places, which might well put off some viewers.

For the most part however, The Chosen: Forbidden Cave is a superior Korean horror, and one whose peculiarities make its flaws easier to forgive. An interesting and entertaining take on the exorcism genre from Kim Whee, the film should be enjoyed by genre fans looking for something a little different, and those willing to make a few leaps in logic along the way.

The Chosen: Forbidden Cave is available from YesAsia.