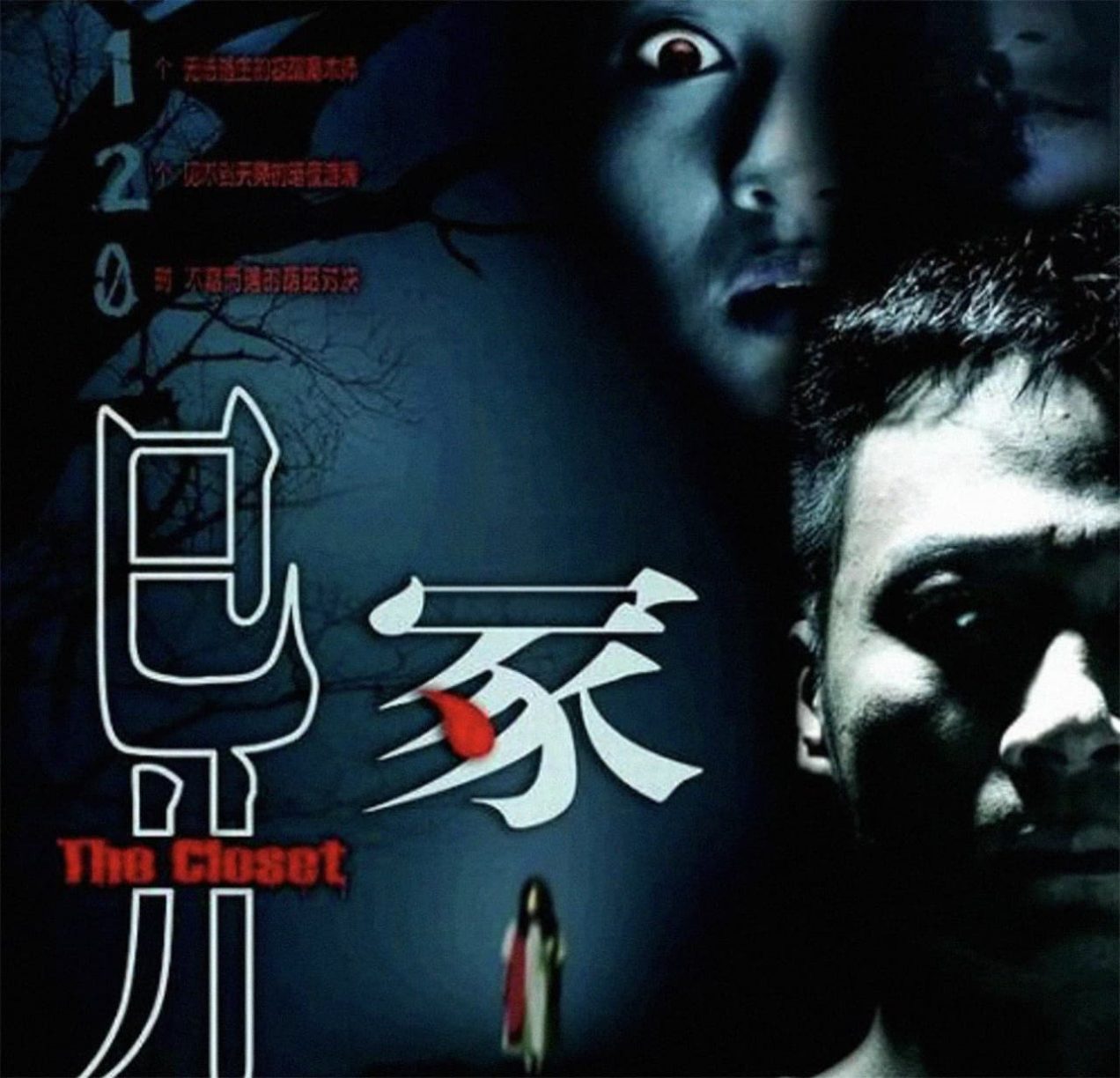 Psychological thrills and chills from back in 2007, starring the inimitable Francis Ng…

Aside from the odd on-form outing from the rather erratic Pang Brothers, it’s fair to say that the Hong Kong horror genre in the early 2000s was in pretty bad shape, with the majority of releases being content to simply pick up the well-chewed scraps from the modern Asian ghost table. Thankfully, some directors did show a little more imagination, as is the case with The Closet from helmer Dick Cho, previously responsible for Category III classics like Chinese Erotic Ghost Story and Chinese Torture Chamber Story 2. His 2007 effort, while still somewhat bogged down by the need to feature a long haired female ghost in one capacity or another, does gradually build into something more interesting, and the result is a modest, though eerily entertaining film which should please genre fans lamenting the fact that Hong Kong has produced so few horrors in recent years.

The plot follows a David Blaine style magician called Fei Lo (the always interesting Francis Ng) who retreats with his girlfriend (Mainland Chinese actress Daisy Yang) to an isolated mansion in the countryside to recuperate after his latest stunt almost costs him his life. Whilst this might sound like a good idea on paper, unfortunately poor traumatised Fei is haunted by memories of his abusive father, and things take a turn for the worse after his girlfriend unwittingly accepts a job for him to make a statue of dear old dad. It goes without saying that the two are soon experiencing visions of a mysterious long haired woman (Michelle Ye) and a creepy little girl, both of whom seem to be connected to their rather rude and obtuse neighbour Mr. Yue (Eddie Cheung) who keeps insisting that they move before something bad happens.

It takes The Closet a while to get going, and the action starts off in distinctly unpromising fashion, with Dick Cho throwing in a number of depressingly familiar scares revolving around the two spectres, none of which are even remotely frightening. Thankfully, he soon dispenses with such nonsense and the film slowly develops into an intriguingly offbeat psychological drama dealing with mental illness and domestic abuse. The central mystery is quite effective, and the viewer is kept guessing through until the end thanks to Cho’s ambiguous approach to the supernatural and the increasingly interesting question as to which of the characters are actually crazy. Although the plot ultimately raises far more questions than it answers, with Cho being strangely reluctant to really get under the weirdly childish Fei’s skin (an enjoyable off-kilter performance from Francis Ng), it works well enough, and the lack of any last minute revelations or surprise twists makes for a refreshing change.

The Closet also benefits from a reasonable amount of visual flair, which shines through despite the obviously low budget. The house in particular is a bizarre place, supposedly belonging to a mysteriously absent ‘behaviour artist’ friend, and is filled with flapping white sheets, dummies and frankly insane items of remote controlled décor. Added to the fact that the film is packed with flashing lights and wacky camera angles, this makes for a suitably uncomfortable and tense atmosphere which nicely underlines the growing air of madness. Cho’s direction is efficient, and he keeps things moving along at a brisk pace throughout the commendably brief running time. Although there are relatively few genuine scares, the film is never dull thanks to the well drawn characters and overall sense of hysteria, and as such it works far better as a psychological mystery than the traditional ghost yarn which seems to be suggested by the poster.

Indeed, The Closet would arguably have been a better film without any of the wholly unnecessary horror elements and supernatural subplots awkwardly forced into its first half, though even with these gaffs it remains an engaging and moderately chilling effort which is worth tracking down for thrill-starved genre fans or anyone who enjoys seeing Francis Ng chew the scenery.