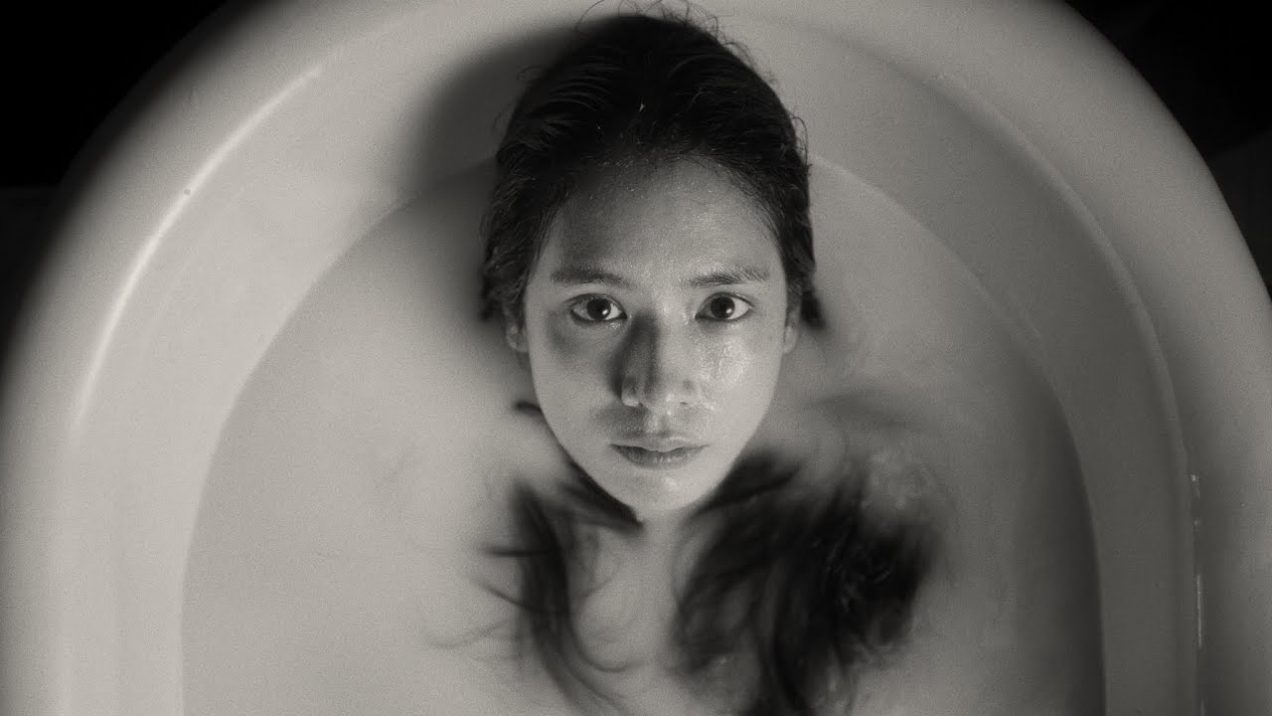 The Fall of the House of…

In The Edge of Daybreak writer-director Taiki Sakpisit forms a loop between two different moments in the history of Thailand and places two women – a mother and a daughter – in a vicious circle of personal trauma and family decline. The parallel between the violent suppression of student uprisings in the 1970s and 2006 coup d’etat evokes a feeling of inescapable fate and doom. The history repeats itself, two married couples get separated, the camera stays with the woman left alone in a big mansion. Except being a wife, a mother, a daughter, who is she?

The Edge of Daybreak starts in 2006 when during a military coup Ploy is taken to a safe house to have the last meal with her husband before he will escape abroad to avoid prosecutions following a shift in political power. After she wakes up already alone at the dinner table, the storyline subtly moves back to the 1970s when Ploy is a young girl who fell into a coma after nearly drowning in a lake. Her father serves in the army and has been missing for three years, supposedly staying in hiding after going beyond his duty while suppressing the uprising. Ploy’s mother is recovering from a nervous breakdown and is torn between obligations towards her husband and affair with her brother-in-law. There seems to be a curse put on the lives of two women and the whole environment in which they reside, starting from a slowly dilapidating mansion.

Being the filmmaker’s debut feature, The Edge of Daybreak is a great mood piece. 46-year-old Taiki previously worked on short films and video installations such as A Ripe Volcano or The Mental Traveller. Maybe that is why the 114-minute run of the film proved to be a narrative challenge, especially with two-time frames which might make the viewer lose orientation and sink into observation of the stunning black and white visuals. When treated as a bare sketch, the storyline allows to focus on the amazing atmosphere created by the Chananun Chotrungroj’s cinematography, Rasiguet Sookkarn’s art direction and Akritchalerm Kalayanamitr’s sound design. The feeling of heaviness and monotony experienced by the two protagonists is definitely contagious. Time lapses, the idea of sleepwalking, dream within dream are all brilliantly conveyed through film language. However, on the narrative side, discussing extreme mental states solely through visual techniques raises some questions, especially when the protagonists are women that for way too long have been stereotypically depicted as overly emotional or psychologically unstable.

In the history of cinema there were a lot of spellbinding sagas in which the story of an aristocratic but corrupt clan reflected the state of the nation. The outset of The Edge of Daybreak is truly thrilling, because the story is set among the members of the ruling class, the family of privileged army officials. However, despite the historical setting, Taiki Sakpisit is more interested in personal trauma and the experience of being left out from the grand narrative. In an interview he mentions that while writing the script he was inspired by biography of Pridi Banomyong – senior statesman of Thailand, democrat who contributed to turning the country into constitutional monarchy. The scene that affected the filmmaker the most was when Pridi’s house was attacked by the soldiers and his wife tried to stop them from opening fire. However powerful, the memory is not narrated from the perspective of the wife herself therefore encompasses only an image of the person, not her thoughts and emotions. In The Edge of Daybreak the two women are the protagonists, but we do not know who they are as people except for their role in relation to men in their lives. Moreover, they are presented as either mentally unstable or in coma, unable to liberate themselves from under the shadow of absent husband or the national upheaval. I was hoping that the female characters have already stopped being treated as an allegory of the nation, but it turns out in The Edge of Daybreak we are back in the mould. For some it is comfortable, for some frustrating.

It is definitely difficult to make a film that mentions historical turmoil in the country in which the government is very strict about protecting the official narrative and suppress any grassroot attempts at reform and it is better not to assume that The Edge of Daybreak has to be a story about the nation. However, from the point of view plotline itself, a film about an abandoned wife living in a big mansion, suffering from nervous breakdown, having an affair with another man is a well-rounded cliché. It made me recall the way such a story was smartly reappropriated in Precious is the Night (2020, dir. Wayne Peng) as a heavily stylized neo-noir that follows the genre conventions to the extreme making the film feel extremely hyperreal. If Taiki Sakpisit set out to reflect on the psychological condition of a person influenced by the traumatic life events and by the space one lives in, he stays on the surface without giving the audience any chance to get to know the two protagonists and try to relate.

The Edge of Daybreak works great as a mood piece, the sound of wind in desolate halls of a huge family mansion creates the atmosphere of a classic gothic story. However, in general the film feels old, not in a sense of revisiting the history of cinema and playing with its legacy.  The plotline reproduces cliché and refuses to offer any alternative placing passive protagonists in a deadend situation. Maybe one day female characters stop being vehicles of national trauma and just be themselves.