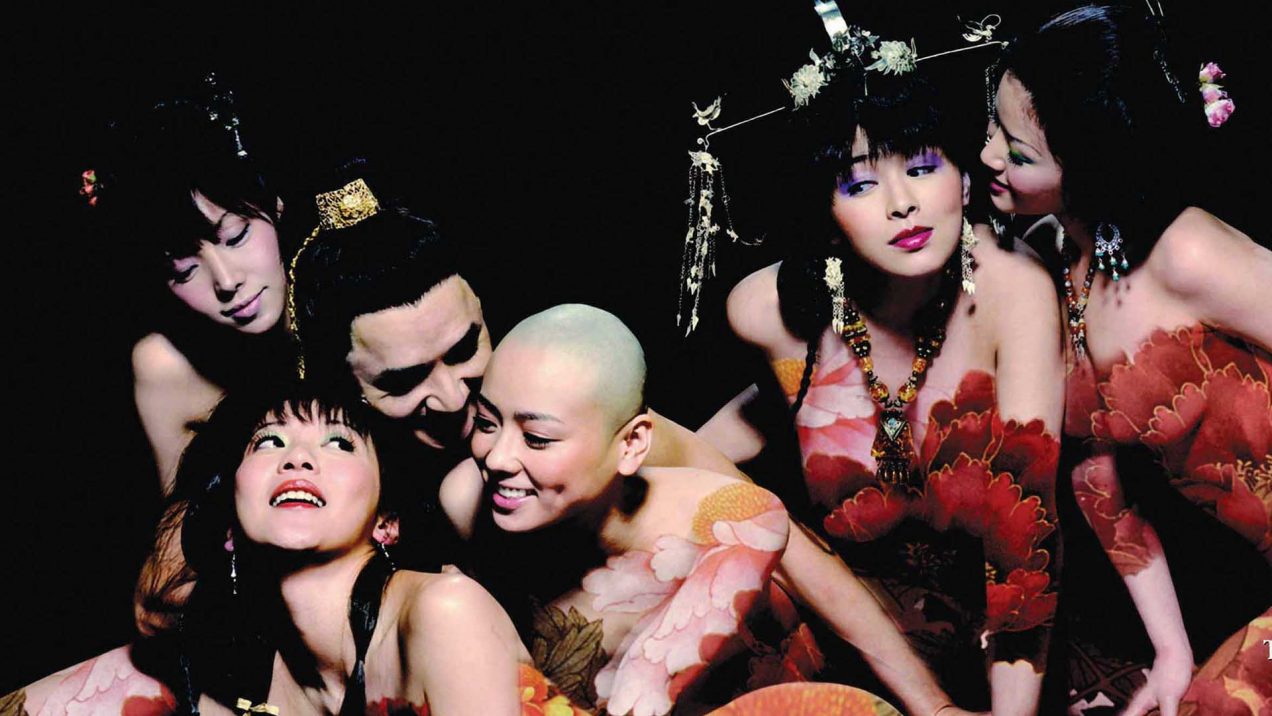 The Category III sexploitation revival of the early 2000s continued with The Forbidden Legend: Sex and Chopsticks 2, the second instalment of director Chin Man Kei’s adaptation of the Chinese text Jin Pin Mei, a.k.a. The Plum in the Golden Vase. Chin is certainly more than qualified to reintroduce viewers to the crazy excesses of the Category III form, having been responsible for some of its finest hours during the heyday of the mid-1990s, including  Sex and Zen 2 (starring none other than Shu Qi in an early role) and The Eternal Evil of Asia. Thanks no doubt to the cast of game actresses and AV starlets, the film enjoyed a similar level of success as the 2008 original, and helped pave the way for more of the same.

The plot begins where the original left off, with Simon Qing (Lam Wai Kin, an old hand at the genre, having starred in Chinese Erotic Ghost Story some years back) feeling pretty happy, having added Lotus (AV star Hayakawa Serina) to his collection of concubines after murdering her husband Wu Da Lang (Ng Chi Hung). Needless to say, the sex obsessed man is soon lusting after a new challenge in the form of Pinky (AV star Uehara Kaera), who reminds him of the woman he lost his virginity to. Since she is married to one of his friends, this sets in motion a whole new series of wicked schemes as he tries to make her his. Matters are complicated when Wu Da Lang’s brother Wu Song (Wu Qing Zhe) returns for revenge, reminding Lotus of a passionate encounter from the past. Trying to keep one step ahead of Wu Song and his increasingly unhappy wives, Simon enlists the help of family maid Plum (Winnie Leung, who previously starred in a number of horror films, including The Deadly Camp, Dial D for Demons and New Blood), though it seems that even he may not be able to worm his way out of trouble this time.

As can probably be gleaned from the above synopsis, The Forbidden Legend: Sex and Chopsticks 2 is a pretty convoluted affair, with a plot that resembles a psychotic soap opera, packed full of scheming, double dealings and betrayals. Simon Qing is a great, if not exactly likeable protagonist, utterly obsessed with his own carnal desires and increasingly ruthless in his willingness to sacrifice others in pursuit of his own satisfaction. The film really is quite dark, much more so than the rather silly original, especially towards the end, when the bodies start to pile up and as things build towards a truly shocking finale. All of this works very well, and the film serves as a reminder of the very best that the Category III genre once offered viewers a decade or so ago. Thanks to the intricacies of the plot, the film remains engaging outside of the crazy couplings, and is surprisingly tense, with director Chin doing a great job and wisely remembering that more than just sex scenes are required to hold the interest.

This having been said, gratuitous sex and nudity is certainly the film’s raison d’être and on this score it certainly delivers, with a non-stop parade of graphic scenes of almost every variety imaginable. Some of these are pretty far out and wacky in the finest style of the genre, including lots of swinging, red ropes and the hilariously inappropriate use of grapes. Although it’s not to suggest that the film is a tasteful affair, Chin’s camera does at least linger instead of leer, and despite the nasty edge during the latter stages, there is a sense of fun to most of its encounters. The actresses are all beautiful, whether unclothed or wearing push up bodices that put Curse of the Golden Flower to shame and the film is certainly easy on the eyes, thanks also to some surprisingly handsome production values. This gives it a further boost, and sets it several notches higher than its predecessors of old.

The genre revival of the early 2000s did produce a number of bona fide Category III outings, though few which showed as much dedication to the form as  Chin Man Kei has here. The Forbidden Legend: Sex and Chopsticks 2 certainly stands as one of the better examples, and as a great reminder of the highly questionable, though very enjoyable kind of off the wall nonsense that Hong Kong cinema used to produce.