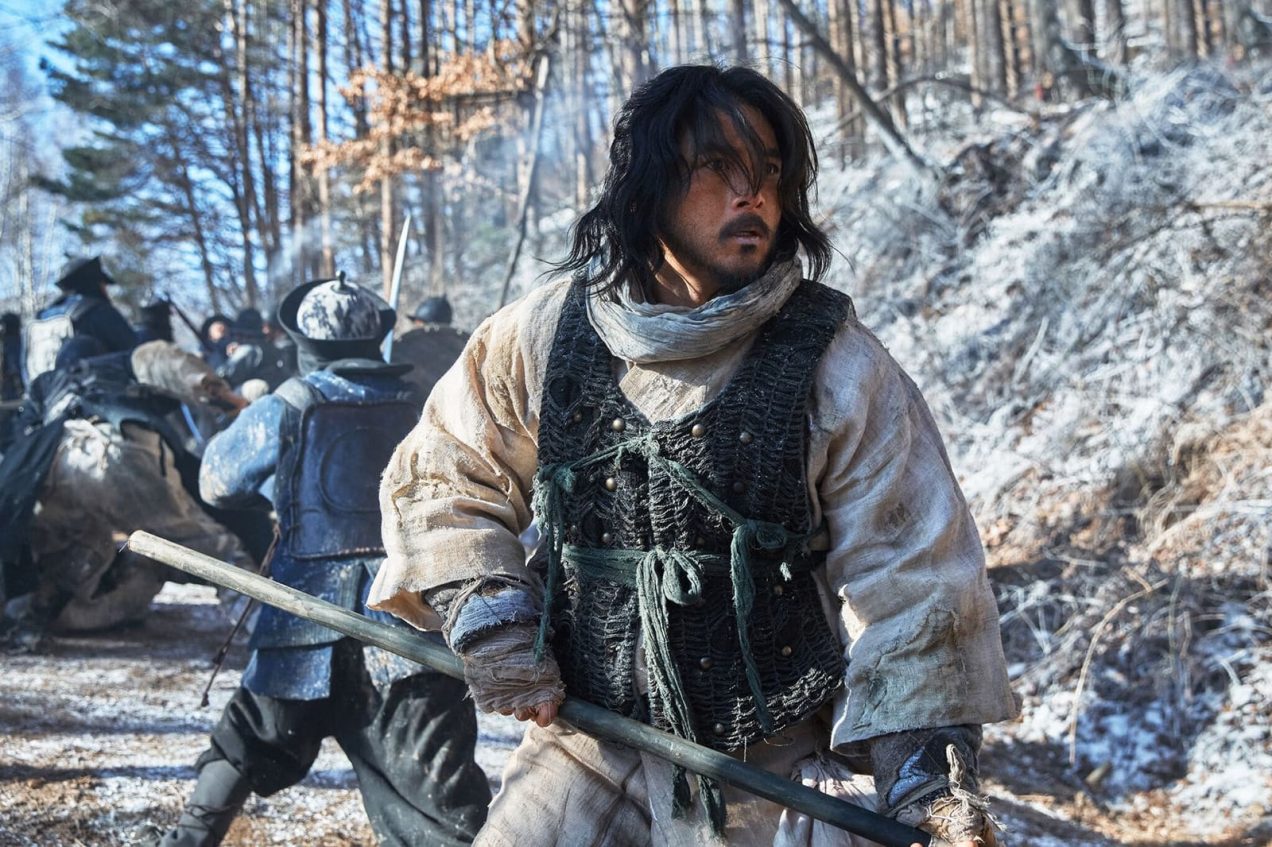 As the Manchu Qing army invades the country of Joseon, King Injo and his entourage of aides retreat to the mountain stronghold of the titular The Fortress. Directed by Hwang Dong-hyuk, this historical South Korean epic is a sweeping blitz of shady political backstabbing mixed with pulse racing bursts of action. Following the 1636 siege of the Joseon dynasty in their snowy refuge, the supplies in Namhansanseong (with the screenplay adapted from a book of the same name) and the rations for both villagers, royals and soldiers alike are dwindling in the harsh winter blizzard.

We begin with following Minister Choi (played by the ever popular Lee Byung-hun) who is courageous and puts the needs of the citizens and Joseon population first. Choi battles with wordplay against the dissenting cabinet of ministers who want nothing more than to hoard the supplies, wait for back-up and cut off Choi’s head for daring to go against the grain. The Fortress was screened as an International Premiere at the London East Asia Film Festival, and Lee Byung-hun was in attendance alongside director Hwang Dong-hyuk.

For a period piece it diverts from the norm with more of a focus upon drama than action, the fight scenes are sparse (but breathtakingly shot, in a handicam one-shot The Raid fashion that’s beautifully choreographed with crowds of fighting extras) and fill in beats amongst the narrative when political infighting in King Injo’s (Park Hae-il) court threaten to topple the boiling pot that is becoming the fortress. A majority of the film compromised of scared, miserable men arguing about their future fates and trying to murder their fellow cabinet members; and this does begin to grate about halfway through, as the film is over two hours long.

The change of pace in the period drama however is refreshing, with a plethora of tasty subplots and handsome B-list characters that keeps interest long after you realise the very linear main narrative has overstayed it’s welcome. How anyone can stretch two hours from “army retreats to mountain and is waited out for two months whilst attackers wait for The Khan to arrive” is anyone’s guess, however director Hwang Dong-hyuk does it admirably with thought-out pacing, driving fight scenes and affeable side chracters that have no bearing on the plot but are enjoyable to watch. The cinematography is absolutely beautiful, and the vast landscapes of snowy mountains mixed with desert valleys is a joy to watch on the big screen. Huge swathes of extras are coordinated well, and the CGI (or perhaps a lack of it, with a focus on practical action and on-screen gore) is unnoticeable, only adding to the enjoyment of huge army scenes that feel realistic.

Ultimately, The Fortress is a film that has a very short, undeviating, guessable plot line. The joy here however is the journey to reach the end, and the ever looming presence of the oncoming Khan is like a black storm on the horizon that makes even the boldest Joseon soldier quiver and break. For me however there wasn’t enough fighting onscreen to shake off all the tension, caused by men with terrible wispy beards sat talking for over-extensive amounts of time. The film fell back into typical cliches in the final act, and like any films thats almost 3 hours long it suffers from the ‘multiple endings’ trope, and you begin wishing it would just leave. If you can soldier through the extensive runtime however, there’s definitely a solid period film here for all audiences to enjoy, I certainly did.

The Fortress screened as the Opening Gala of the London East Asia Film Festival 2017.