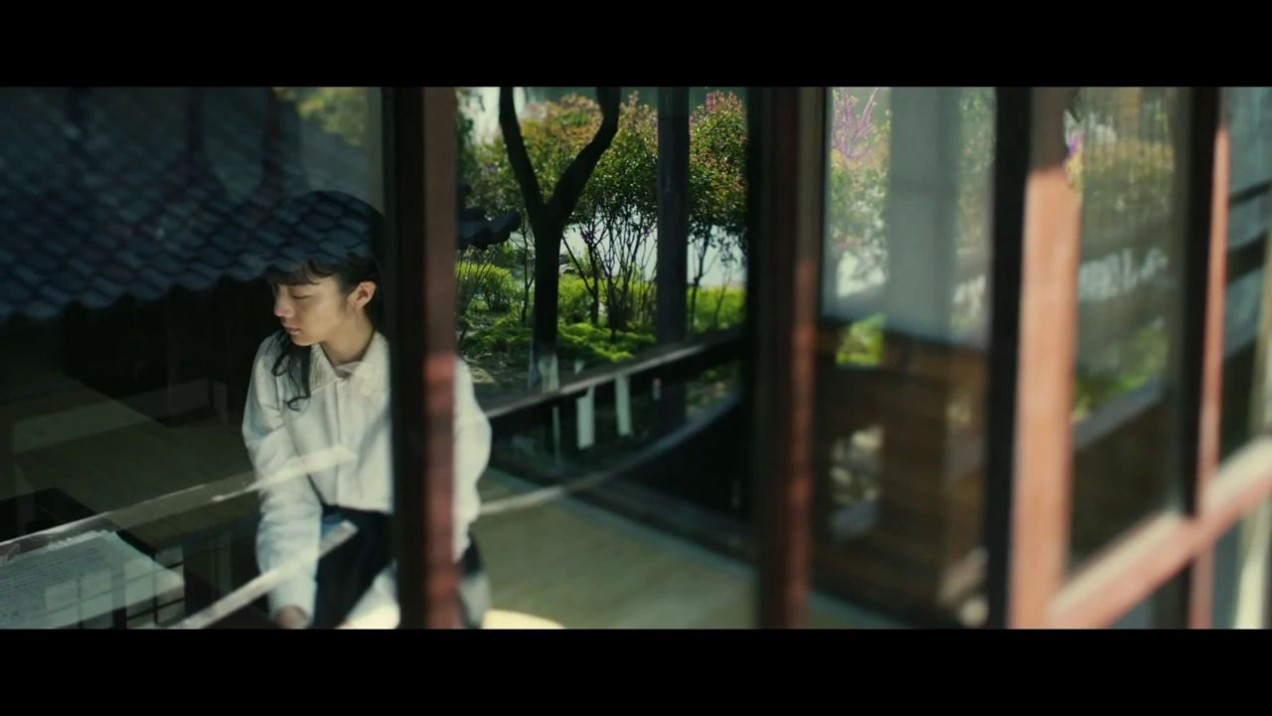 Well known for her touching yet rarely melodramatic humanist dramas like A Simple Life, Summer Snow and Song Of The Exile, Hong Kong director Ann Hui turns her attentions to Mainland China for the first time since The Postmodern Life of My Aunt and Goddess Of Mercy with The Golden Era. An epic and ambitious three-hour film charting the tragically short life of one China’s most important writers of the 20th Century, Xiao Hong played by Tang Wei (Lust, Caution, Finding Mr. Right, Wu Xia) and her loving but tempestuous relationship with fellow writer Xiao Jun, played by Feng Shaofeng (Dragon Blade, Tai Chi Zero/Hero, Painted Skin: The Resurrection).

Hui’s approach to The Golden Era is rather different from many of the other biographical films to be found in Chinese cinema. She described it as being ‘more like a piece of modernist art.’ An attempt to reflect that a person is the sum of their life and experiences, not just that single moment; that a single decision is coloured by a lifetime. In reality, this translates as a fluid approach to Xiao Hong’s life and timeline that becomes more montage than flashback. A narrative found in the editing room, it’s comparable to the approach of Tetsuya Nakashima on The World Of Kanako or Lynne Ramsay’s We Need To Talk About Kevin, both based on novels that might easily have been considered ‘unfilmable’, but often lacks their pace.

Unsurprisingly, at certain points the effect can be overwhelming, particularly in the initial scenes. We are thrust into her life story as she has run away to Beijing to avoid a planned marriage, only to have him eventually pursue her, leaving her pregnant and penniless in a hotel in Harbin. Looking to a local newspaper for help, she meets Xiao Jun who, would become the great love of her life, though their relationship was by no means perfect. It was only when they began to live together that she took to writing. Moving to Shangdong, the couple came to the attention of Lu Xun, (Wang Zhiwen, A Battle of Wits, The Emperor and the Assassin, Gone with the Bullets) a leading figure of Chinese literature, who championed and supported her work. Although Hui is perhaps less sensationalist about Xiao Jun’s character than has been written of him elsewhere, there’s a suggestion that problems between them began as her talents started to overshadow his; her continual struggles with patriarchy mirrored in her work.

Throughout the film there are cuts to interviews with the cast in character, as they talk about their recollections of her and their perspective on events. It feels like a nod to both Hui’s early career in filmmaking, and elements of her former assistant Stanley Kwan’s Centre Stage, another biopic about another famous Chinese figure, Ruan Lingyu. There’s an honesty to the source material of the film, that much of this has come from others writing and experience of Xiao Hong, not her own, but this distances you more from Hong, already something of an indefinable character.

After spending a year in Tokyo for health reasons, she returned to China after the outbreak of the War of Resistance Against Japan in 1937. Breaking up with Xiao Jun while after spending a short time with the Communist party in Shaanxi (seen from several perspectives that may or may not fit together) Hong eventually moves to Wuhan where she married another writer, Duanwu Hongliang (Zhu Yawen), before the conflict saw them move to the then safe – but not for long – territory of Hong Kong.

Throughout Tang Wei gives a solid performance as a strong willed woman who seems to have rallied against patriarchy and her expected position in society all her life. I can understand why some critics and audiences have found Tang’s performance cold, but exactly how else could this woman have managed to buck social expectations at a time when that was so disapproved of? That said, Xiao Hong is portrayed as something of an elusive character, and the style of Hui’s film means few characters really get any real depth, but that’s always a problem with biographical work covering such a large amount of participants. For me it feels like a truthful representation, but perhaps for once not helped by Hui’s avoidance of melodrama.

One can detect some of Hui’s politics, or perhaps lack of them, shining through the material. Amidst the rallying of Communist and Kuomintang (KMT) parties, Lu Xun tells Xiao Hong: “writers should have own convictions beyond ‘east’ and ‘west.’” Hong seems, sometimes literally, oblivious to such concerns; a point perhaps overly made as the film concludes with talk about how her work fell out of favour because of it, and how it has only recently been reappraised. This feels at odds, much as Xiao Hong is herself, with scenes of her time with the Red Army, as we diligently listen to writer Ding Ling (Hao Lei, Dearest, Mystery, Summer Palace, Cry Me a River) and her devotion to the Communist Party. It’s notable that Hui doesn’t fall into clichéd depictions of the Japanese aggressor, but rather the chaos and panic their incursions cause.

Writer Li Qiang previously worked with Hui on The Postmodern Life of My Aunt, but more recently rode the wave of success that followed his adaption of Xin Yiwu’s novel To Our Youth that is Fading Away, given the English title So Young, that allowed him a producer credit. Considering that Li managed to throw in nationalistic allusions during that film when often they weren’t called for, particularly in the final scene, one expects Hui may have measured such references.

The exquisite cinematography by Wang Yu (24 City, Cry Me A River, Suzhou River, Zhou Yu’s Train, Lost In Beijing) – Hui having moved on from another Jia Zhangke collaborator, Nelson Yu, after A Simple Life – is thoroughly considered and almost painterly in its composition. Similarly, there are sumptuously high production values, with authentic looking costumes, set design and location work. They combine with the editing to give the film a poetic quality. Yet despite this, perhaps the biggest flaw with the film is that there’s actually very little sign of Xiao Hong’s writing.

Ultimately it’s a brave work from a filmmaker who can is still seeking to push her methods and styles of storytelling. Just how much you like The Golden Era may well depend on what you make of the filmmaking and appreciate how difficult a figure Xiao Hong was to bring to life – and I like it a lot – but it might well not be a film you love.

The Golden Era screens at the Glasgow Film Festival on 26 February and 1 March 2015.