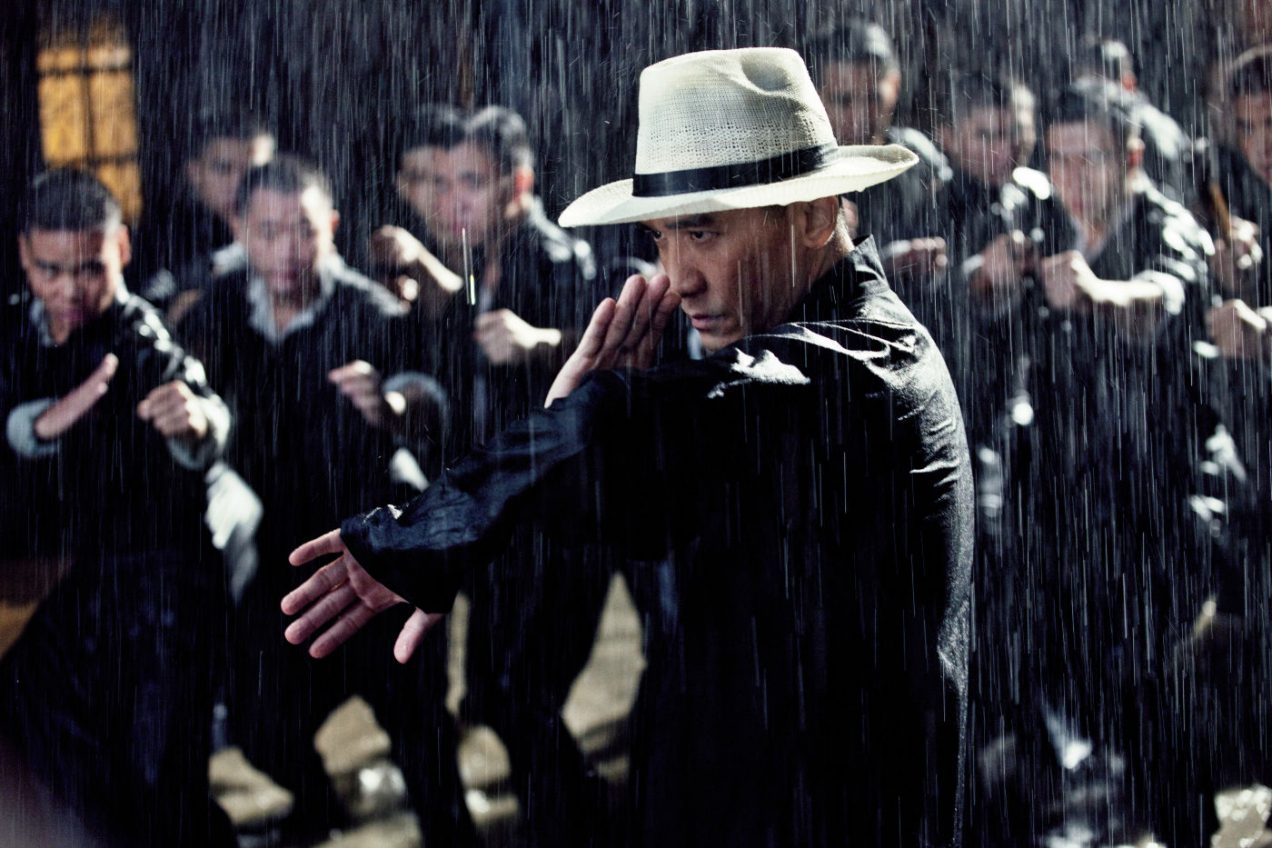 Not an ordinary kung fu movie, Wong Kar-wai’s latest work is a stylish movie about kung fu and its Grandmasters that crossed the Mainland China from North to South, West to East…

Years have passed since Wong Kar-wai’s last effort, a typical road movie directed in the USA by a foreign filmmaker, My Blueberry Nights. Still soaked in Kar-wai’s favourite themes, but not even half of what he had accomplished in his homeland. It’s been almost ten years since he landed with 2046 a sort of prequel for his previous movie, In The Mood For Love, ten years that have helped his filmography to gain quickly an indelible cult status. Now he’s back, with a bigger budget and bigger ambitions, with The Grandmaster, another movie about Ip Man.

In five years Ip Man has appeared in five different films. First he arrived as Donnie Yen in Ip Man and Ip Man 2, both directed by Wilson Yip, a successful series that proved how profitable the character was if shown in the proper way, than it was Herman Yau’s turn and he chose Dennis To to play the young Grandmaster in The Legend is Born – Ip Man, and its sequel will have Ip Man in his late years with Anthony Wong in the soon to be released Ip Man: The Final Fight. But Wong Kar-wai won’t follow his fellow colleagues steps. Not at all…

The Grandmaster takes a different path right from its title, is not a movie centred on one man, actors in this play are all those men and women who fought for the sake of their own nation. It’s not a kung fu movie, it’s a movie about kung fu, that’s what Wong Kar-wai’s said at the press conference right after the screening at the Berlinale, where The Grandmaster opened the main competition with its grandeur. I must say it’s something you can’t forget: a breath-taking opening sequence, close up on Tony Leung Chiu-wai and water splashing everywhere.

We’re in Foshan in Southern China in the 1930s and the Grandmaster Gong Yutian (Wang Qingxiang, Red Cliff) came from North with an announcement: he’s retiring and has appointed his pupil Ma San (Zhang Jin) as his heir to control the North, now he’s seeking for an heir in the South too and Ip Man (Tony Leung Chiu-wai, In The Mood For Love, Hard Boiled, Infernal Affairs) looks like the best choice he could make. Ip Man lives quietly with his beliefs and just three movements to help him to keep standing up in a fight, a wise man never defeated by anyone, except Gong Er (Zhang Ziyi, Hero, 2046, The Founding of a Republic), Yutian’s proud daughter, expert in the lost art of the 64 hands. What happens next is history.

Japan invaded China: who was rich is now poor or sold his country to its enemy, like Ma San did, going against everything Yutian taught him. Ip Man’s struggled to survive as anyone else, the lives of all those Grandmasters crossed each other and shaped a new world: each of their arts worked as a small nation inside China, but it didn’t matter if it was Wing Chun, Bagua, or Baji, everyone worked for one purpose, the freedom of their nation. However, things evolved differently from what everyone could expect, the Twentieth Century erased old beliefs and families, a sadness well expressed by the choice of featuring Deborah’s Theme and some other well known works by Ennio Morricone in the soundtrack together with original tracks by Shigeru Umebayashi.

It’s not what Wong Kar-wai has used us to, there’s no intimacy, feelings are crossing the borders and a person means more than just himself, a change that might be the result of Xu Haofeng (famous novelist and Judge Archer and The Sword Identity’s director) and Zou Jingzhi’s (Riding Alone for Thousands of Miles) collaboration in the screenplay. For the second time the director of In The Mood For Love is helped by someone else in the writing process, a decision of which results can be seen in the rough narrative, a sad mistake which is luckily forgettable thanks to Philippe Le Sourd’s wonderful cinematography and Wong Kar-wai’s unique style.

They continuously play with the film sensibility, darkness is true darkness and light is true light, day and night have a particular meaning in shaping a character personality: what cannot be seen is clearly lost. Slow movements and slow motions scenes are there to show us how perfectly those bodies fit in a natural environment, a danceable to move in silence snowflakes and raindrops, sometimes with rage and passion, sometimes, as Bruce Lee remembered, just to teach how to live by simply living in this world.

It can’t be considered Wong Kar-wai’s masterpiece, but it might be seen as an amazing experiment in something he never did before, not even in his wuxia, Ashes of Time, which can’t be compared to The Grandmaster. In spite of just playing with the action, choreographed by Yuen Woo-ping (Iron Monkey, Drunken Master, Wing Chun), Wong is talking through punches and kicks, and Zhang Ziyi and Tony Leung Chiu-wai proved to be two real Masters, able enough to show beauty and intelligence every time they moved a single muscle. Scenes like the opening sequence, Gong Er’s snow dance and her fight against Ma San, will probably be remembered more than the movie itself as proof of Wong Kar-wai’s genius.

8 thoughts on “The Grandmaster”