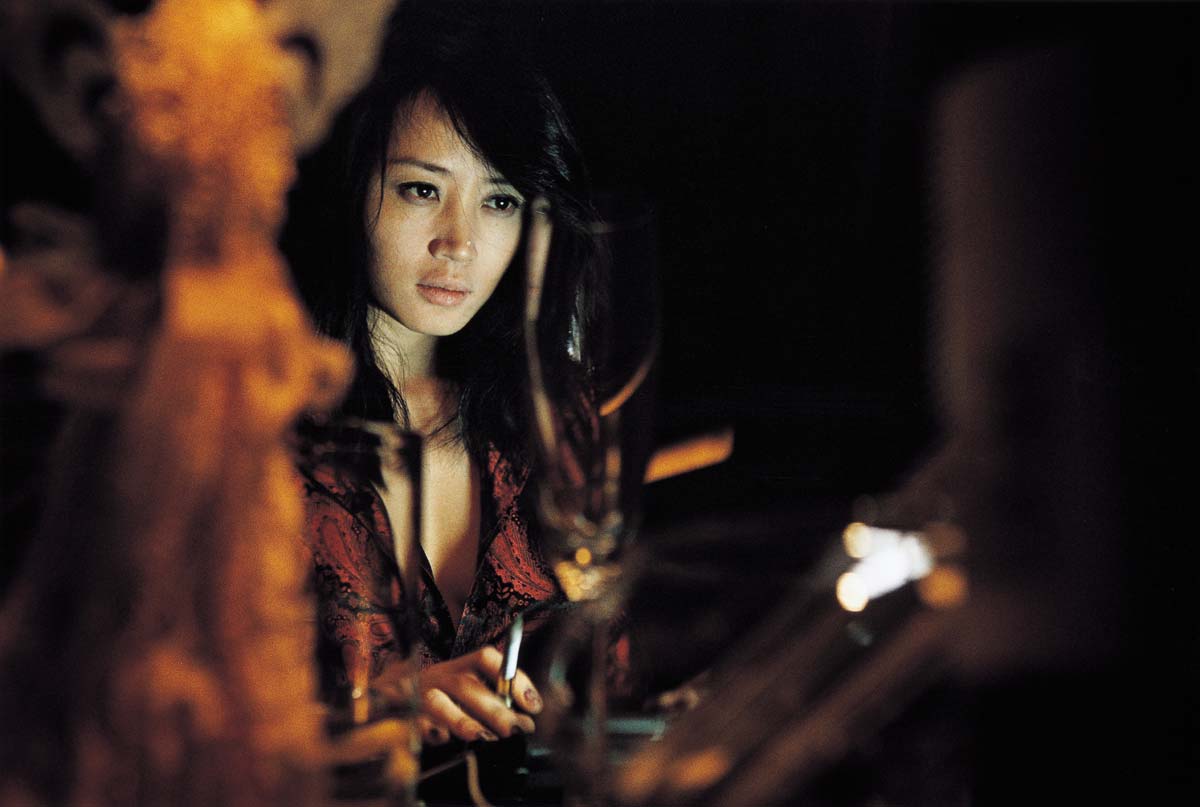 Originally released back in 2004, The Hypnotized (also released as Faceless Beauty) was the second outing from writer director Kim In-sik, who made his debut with the much-praised Road Movie. Sadly, it also seems to marks his second last film to date, only having been followed by the 2015 romance Love at the End of the World, a real shame since it clearly showed him to be more of the more interesting and creative directors working in Korea in the early 2000s. Whilst hypnotism has been a popular subject in Asian horror for some time, often being blamed for normal people turning into killers or lying at the root of the usual long haired ghost shenanigans, here Kim uses the theme to craft a far more nightmarish scenario, and one which drags the viewer into the same half-world confusion as to what is real as his poor deluded characters. The film has an ace up its sleeve in the form of actress Kim Hye-su, also in the likes of The Red Shoes and Tazza: the High Rollers around the same time, who turns in a stunning lead performance and really helps hold things together.

The film opens with Kim as Jin-su, a suicidal young woman with personality disorders being treated by therapist Seok-won (played by Kim Tae-woo, also in Hong Sang-soo’s Woman is the Future of Man in the same year) at a psychiatric hospital after being forcibly committed by her husband. After he leaves, mainly due to his own personal problems, he sets up his own clinic to deal with patients privately. A year later, he meets Jin-su in a supermarket and begins treating her again, using hypnosis to try and resolve her deep-rooted problems. Despite the fact that she is quite possibly dangerous, he gradually falls in love with her, shaking up deep-seated issues and fears from his own past.

Although the plot may sound straightforward enough in a classic noir, femme fatale sort of way, The Hypnotized is far more complex and challenging than the average Korean genre film, and is difficult to categorise as horror, mystery or even drama. Via the use of hypnotism, Kim spends most of the running time merging reality and the world of what are dreams, visions, or possibly self-imposed delusions, dwelling upon themes of destructive love, obsession and revenge. As such, whilst there is a narrative, and even a Hitchcockian resolution of sorts, it’s all very ambiguous and open to multiple interpretations. Kim’s main focus is on creating a genuinely surreal atmosphere, and on submerging the viewer in the wild, fevered imaginings and twisted minds of the characters, and the film is visually stunning, with some truly bizarre and seemingly random scenes of gorgeous and disturbing imagery in a style almost reminiscent of Dario Argento. Things do get very gruesome in places, and the film is bloody and violent as well as sexually graphic, marking it as one for adult viewers only in every sense. Kim shows an excellent sense of colour and light, and uses this not only to create a sense of lingering unease, but also to force the viewer the see the film from the perspective of both Jin-su and Seok-won at once.

As a result, The Hypnotized is a film which requires a lot of work, and to be honest on the first viewing, the imagery and the very basics of the plot are the only things likely to be absorbed, leaving a great many questions unanswered. This is not to suggest that the film is vacuous in the least, and it’s a tribute to Kim’s skill that he manages to make it abundantly clear that the plot is a puzzle which does have an answer, or at least an answer of sorts hidden somewhere within its fractured series of clues. Repeated viewings do indeed yield more suggestions as to exactly what is going on, though the film is likely to frustrate viewers who prefer to be spoon-fed answers and motivations via last act twists or other traditional devices. However, for those with an open, mind, it offers a compelling and stimulating experience that stands out as a genuine original likely to haunt long after the credits have rolled.

One thing that is for sure is that The Hypnotized is Kim Hye-su’s film. Appearing or with her presence felt in every frame, she turns in a commanding performance that captivates and unnerves every time she takes to the screen. Adding a real layer of suggestive psychological depth to what could simply have been an eye candy femme fatale role, she shows again that she’s not only one of Korea’s bravest, but best actresses, and why her career has only gone from strength to strength since, whether in commercial or more offbeat fare like this.