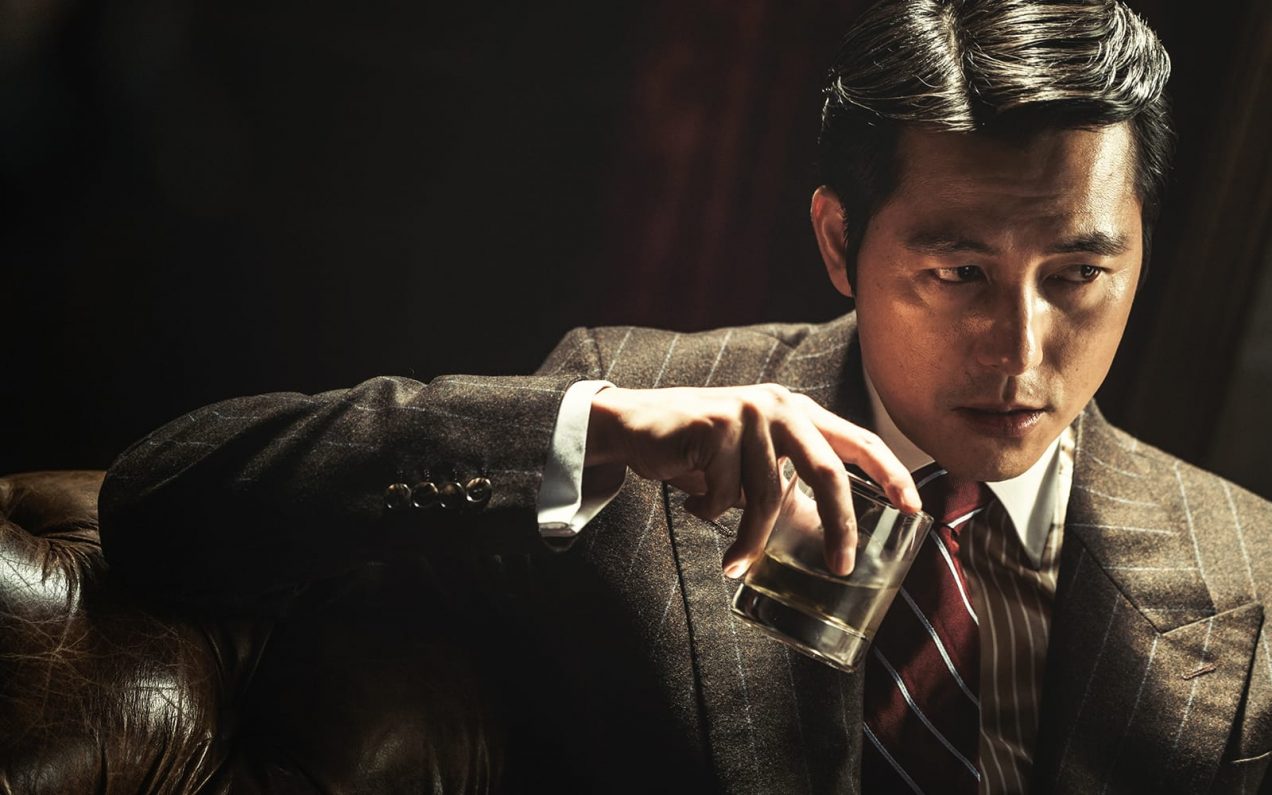 Self-consciously aspiring to the status of grand Scorsesean crime epic, Han Jae-rim’s The King, much like the corrupt prosecutors it portrays, ultimately suffers for its hubris but has a raucously good time along the way. A decades-spanning account of countryman Tae-su’s (Cho In-sung) relentless quest for power and influence at all cost, The King gleefully drags us through a troubling saga of deception and depravity woven into the fabric of recent Korean political history, serving as an exuberant reminder that even law-schoolers will misguidedly long for the glamorous gangster life. It is a work of virtuosic style, biting humour and endearing eccentricity that dazzles, informs and amuses right up until its wearying final stretch.

After a moody car-based prologue that will ensure Goodfellas comparisons right off the bat, the story gets its proper beginning with a flashback to Tae-su’s high school years, where we see him as a tough, rebellious teenager who fights his way to the top of his school’s social rankings while his studies remain neglected. Tae-su, however, is forced to rethink his priorities after witnessing his crooked father grovelling at the feet of a prosecutor. Foreseeing how the real power will one day lie with the bookworms of the classroom, Tae-su knuckles down and works his way through law school to eventually pass the bar.

For the dogged Tae-su, success is a carrot ever-dangling just in front of him. After earning his new job title, Tae-su quickly comes to believe that the power he strives for lies only with the top one percent of prosecutors. After selling out his remaining morals to earn the acceptance of the big boys, he finds that there are still a few more rungs left on the ladder to climb, with the apparent ‘king’ of the film’s title being the ruthless and sleazy Han Kang-sik (Jung Woo-sung). Along the way, Tae-su’s adolescent days of simple hand-to-hand combat take on a nostalgic, almost innocent appeal exemplified best in a quietly touching scene where Tae-su has a friendly scrap with Du-il (Ryo Jun-yeol), an old classmate now working as a gangster.

For much of The King’s bulky runtime, Tae-su is as much a passive witness to the chaotic events of the film as an active participant. Consequently, for long stretches the film engages less as conventional drama and more as an exciting spectacle of wrongdoing. Advancing through plot points at a breakneck pace, viewers may not always manage to keep track of the particulars of its characters’ scheming but the overall frantic, colourful, montage-driven thrust of the events will generally prove more than enough to hold attentions.

It is only in the film’s bloated second half that Han’s slick, confident delivery starts to wear a little thin. Moreover, with Tae-su lost in the shuffle for so much of the story, it’s hard to feel all that invested in his inevitable downfall, though the introduction of Kim So-jin as the cheery but steadfast anti-corruption prosecutor on his case certainly helps liven things up a bit. By the time Tae-su’s standard rise-and-fall story arc has come to an end, viewers will likely be ready to call it a day. That Han then proceeds to go one further than the Scorsese template and dedicates a whole extra chapter to Tae-su’s subsequent redemption suggests a level of ambition that The King simply hasn’t developed the emotional clout or complexity to justify.

Still, when The King isn’t faltering in its attempts to attain its ‘epic’ credentials, it is a vibrant, riotously cynical trip that’s more memorable for its invigorating parts than its overall journey. At its best, Han Jae-rim’s overwhelming style isn’t just amusingly loud but filled with dynamic wit, be it in a particularly delectable scene transition, an inventive manipulation of the split-screen technique or, in perhaps the film’s most jubilant scene, a series of goofy celebratory dances from the team of prosecutors that makes it hilariously clear that these are not gangsters but merely a bunch of morally bankrupt office nerds playing gangster. The King is not a great film but lord knows it tries to be and, in isolated moments of inspiration like this, it just might get you momentarily thinking that it is one.

The King had its UK Premiere as part of the regular London Korean Film Festival Teaser screening series.

Read all posts by David Pountain