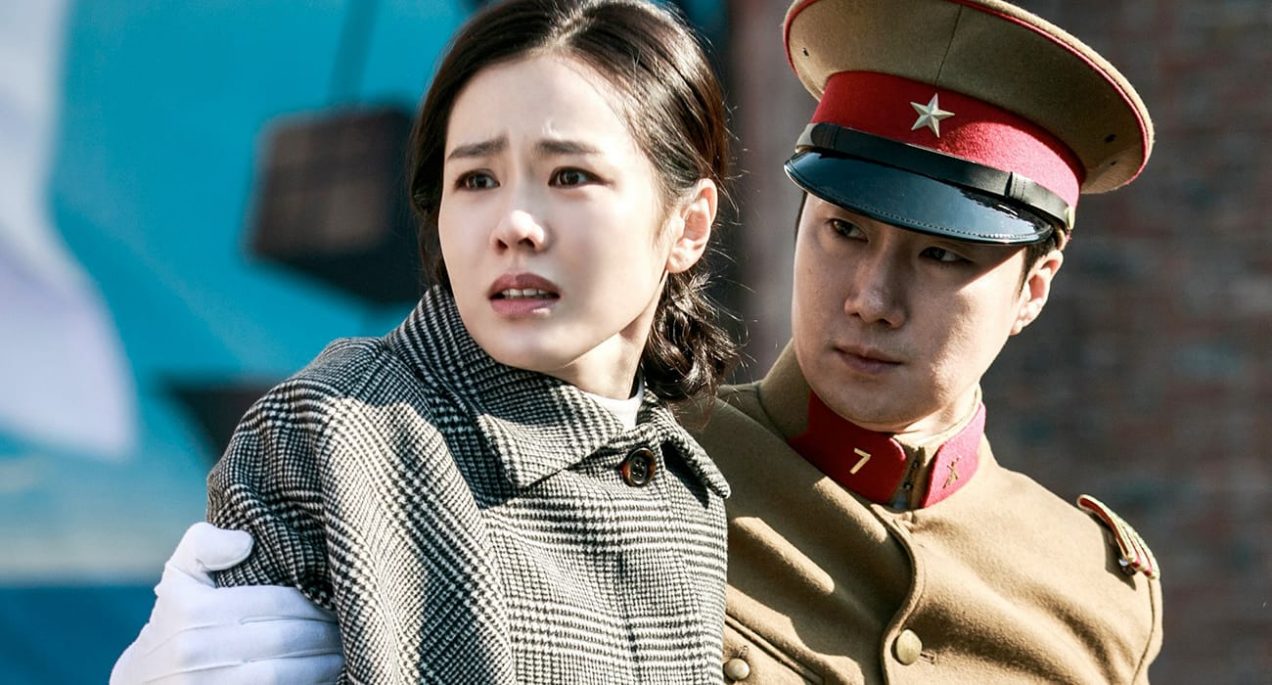 The tragic story of Princess Deokhye, the last princess of the Joseon Dynasty…

The tragic story of Princess Deokhye, the final princess of the Korean Joseon Dynasty comes to the big screen in The Last Princess. Adapted from the popular 2009 novel of the same name by Kwon Bi-young, the film was directed by Hur Jin-ho, reuniting him with actress Son Ye-jin, who starred in his hit 2005 melodrama April Snow. Following the sad life of Deokhye as she tries desperately to return to her homeland after being forced to stay in captivity in Japan, the film was a major award winner in Korea and boasts a strong supporting cast including Baek Yoon-shik (Inside Men), Yoon Je-moon (The Great Actor) and Park Hae-il (My Dictator).

The film opens in 1925 during the Japanese occupation of Korea, with the young Princess Deokhye (played at different ages by Kim So-hyun, Unforgettable, and Shin Rin-ah, Ode to My Father) being taken from her father (Baek Yoon-shik) and sent to Japan to study by General Han Taek-soo (Yoon Je-moon), a Japanese sympathiser. Some years late, the miserable Deokhye (now played by Son Ye-jin) runs into her old childhood sweetheart Kim Jang-han (Park Hae-il), who serves in the Japanese army while secretly working as an agent for Korean independence. The two rekindle their feelings, and he comes up with a risky scheme to try and help her and her brother flee to Shanghai, though Taek-soo uncovers the plan and moves against them.

The Last Princess is actually the first feature film telling the story of Princess Deokhye, and there’s no doubt that it’s a fascinating, heart-breaking tale. In bringing it to the screen, Hur Jin-ho draws inspiration from documentaries and archive footage, and the film does in general make an effort to aim for realism in terms of the setting, while combining fact and fiction for its narrative. This works well, and though the film does dive into melodrama in places (not unexpectedly, it has to be said), in particular when it comes to the romance with the fictional Kim Jang-han, it benefits from an air of authenticity and there’s nothing too over the top or hysterical. As he has in his other works, Hur shows a real talent for human drama, and the film is moving, in an appropriately melancholy and sad manner, though thankfully without ever tugging too hard at the heartstring.

Perhaps surprisingly, the film isn’t terribly anti-Japanese, and is more of a character drama than a patriotic piece, a wise decision since the source materials deals with ideas of nationality and identity in a rewardingly complex fashion. Some great acting helps in this respect, and Son Ye-jin is great in the lead role, making Deokhye sympathetic and multi-layered and giving the film a real emotional punch – deservedly, Son won the Popularity Award at the Blue Dragon Film Awards and Best Actress at Grand Bell as well as several nominations at other ceremonies for her substantial performance. The cast all manage to impress, bringing shades to what could otherwise have been straightforward or stereotypical characters, Ra Mi-ran doing well in a supporting role which also won her awards.

The Last Princess is a suitably handsome production, having won a variety of awards and nominations at the Grand Bell and Blue Dragon for Best Film and Best Director, as well as in several technical categories. The film certainly looks great throughout, Hur offering up a convincing recreation of the period and giving things a kind of bleak, austere beauty in places. Hur has always been one of Korea’s top tier directors, and his work here should further that reputation, the film being well-structured and impeccably crafted.

Thanks to its skilful balance between being both entertaining and grounded, without ever being too melodramatic or dry, The Last Princess compares favourably to other Korean historical dramas of its type. Powered by excellent performances, most notably from Son Ye-jin, it’s an intelligent and moving production, whether the viewer is aware of its source material or not.

The Last Princess is available from YesAsia.