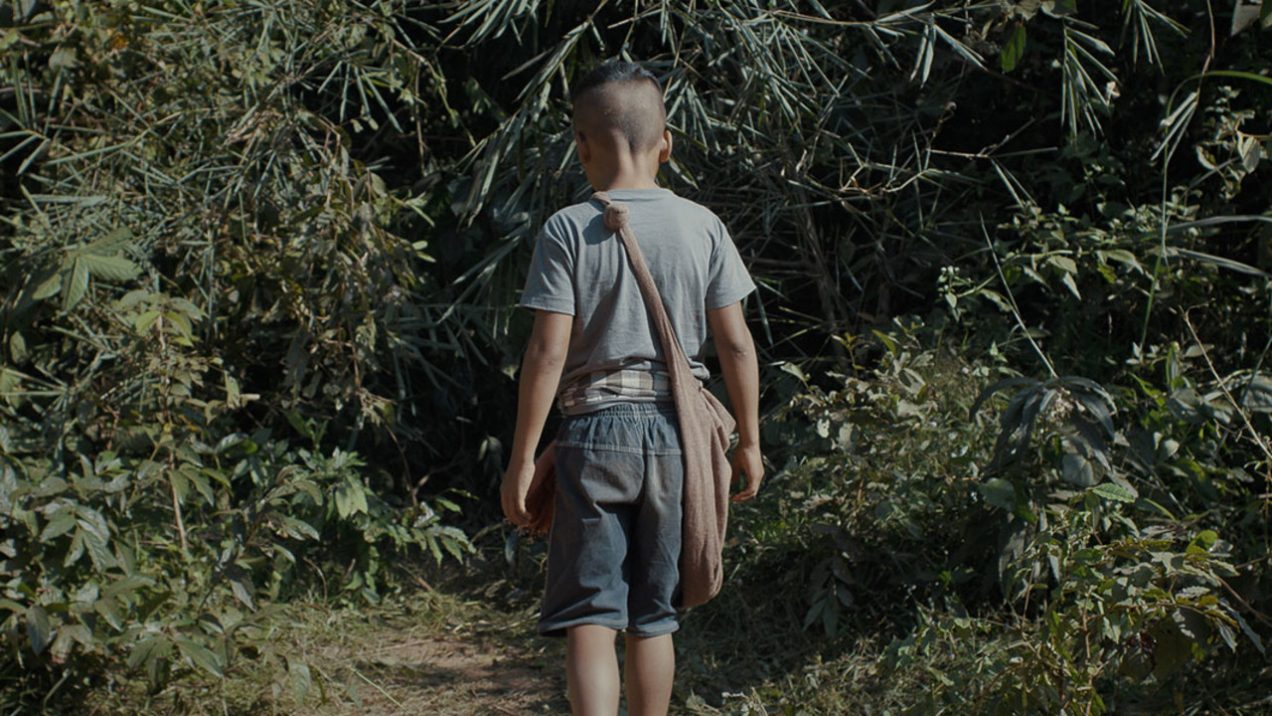 Unique genre-blending that has emotional punch…

The Long Walk is the third feature from director Mattie Do, and has been a real highlight of the festival for me. Not having seen her other work, I can’t compare it, but if this is anything to go by – I need to see her first two features. It’s hard to review this one without spoiling it, as the director says in a filmed introduction – every detail is important, something I totally agree with. She also suggested not watching this when you are feeling sad, and that too I would agree with. I was perfectly fine until the last five minutes of the film which surprised me with how much I had to cry. Indeed, I can feel my eyes prickle with tears just trying to talk about it!

The beauty of this film is not about joy, but about grief. It is two stories intertwined, set a little in the future, about a man mourning the loss of his mother, a man that can see ghosts, talk to them and ultimately use them to try and communicate with the past. It is also a well-constructed thriller, layered like tissue paper, it’s dark heart revealing itself one delicate scene at a time. Above all though, it is a film about humanity, how we care about each other, what it means to care and what it means to hold on and let go of regrets and guilt.

This is not a film that could be located anywhere else other than Laos with its small villages, roadside markets, remote houses on stilts and the traditions that hold it together. Indeed Director Do said in an Interview it was this remoteness encountered during a previous film combined with personal loss that sowed the seed for this story. The scorched yellows of the roads and lush greens of the jungle make a striking contrast, echoing that of the poverty and technology.

Just like her first features, the script is written by Christopher Larson, Mattie Do’s husband who is also credited as assistant director. It’s clear from this alone they are an excellent team along with editor Zohar Michel (Dearest Sister) and cinematographer Matthew Macar who won an award for his work on this film at the Brooklyn Horror Film Festival. The pacing is kept languid and even and the performances from the main cast, especially newcomer Por Silatsa as the boy, feel authentic and engage your affection easily.

I hope it continues to follow the festival circuit a while longer so that more people can see this beautiful and nuanced production.