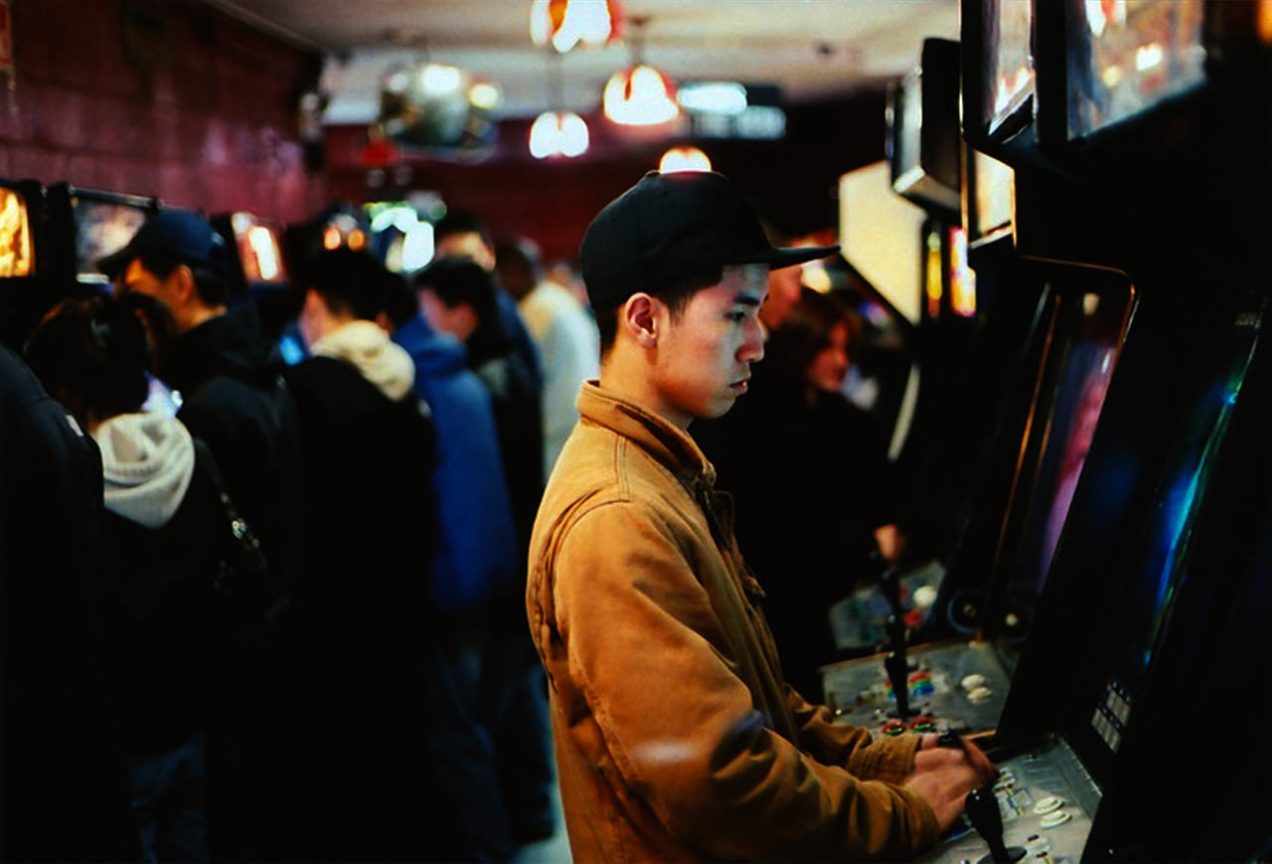 In the dim neon and LED lighting, a group of people cluster around a screen set into a cabinet as one of their numbers uses a moulded set of plastic controls to direct the action playing out on screen. As the decisions coming to pass on screen occur, the crowd get more excited and frantic as their chosen warrior nears their goal. Suddenly, a chance moment, the quick moments of buttons and joysticks and the game concludes with the crowd cheering and hugging each other. It’s a good result in Street Fighter for the crowd and it’s also one of the last games to be played before the Chinatown Fair Arcade that houses it closes down for good.

I’m not very good at talking with other people about video games (yes, I know that it’s a very old way of referring to games). I rarely discuss what I’m playing but I’m always been happy to read the excitement or disappointment in my friends when they discuss their latest triumph or upset in front of a game. It’s almost like the game’s not important to me, the person and the tale are. So when we meet the people who ran and frequented a small video arcade in Chinatown in Brooklyn, New York, I found myself wanting to hear more about them than about the arcade. Run for decades by Sam Palmer after dreaming about owning an arcade (he really had a dream about it), the film lets us into the lives of Sam, Henry, Akuma and others as they recount how they found themselves in a rundown arcade as younger men. Sam’s story is very much the businessman who became a father figure: buying it to presumably earn an income, over the years Sam comes to love the people who come to the shop and not the money. He sees that a lot of his young charges have nowhere else to go and offers them a place to be while their lives un-wrinkle themselves. As for Henry, he’s a plucky Asian-American kid who needs somewhere to be until his parents come home from work. As he grows up, we see the neighbourhood change around him and it’s bittersweet when it does. The reason the arcade never flourished to begin with was the other arcades in Times Square were more famous. CF couldn’t compete. But by the time arcades went the way of the dodo, CF only had a few years before consoles came and finished off the crowd who would have come. So Henry comes of age and wants to commit himself to CF as Sam did just as the whole enterprise falls apart. So too for the other people who come to love CF: brief, intense and exciting, it is a love that cannot last. For all of them, time will be their arbiter. The world moves on from arcades and so do they. But both the world and they seem to be happy the place existed to begin with.

For me, the emotional centre of the film is the young man named Akuma (probably not his real name). Akuma is the type of person that most newspapers or channels would label as a “misfit”. A tall, hulking mountain of a man, Akuma’s soft-spoken and gentle disposition assure me even before he speaks that he doesn’t fit in with “normal” society. As he describes his life on the streets after running away from a foster home, you hope that he would have found someone to understand him and treat him as the find that he is. But in a strangely fitting manner, it’s the machinery and screens of CF that understand him the most and it’s there with Sam, Henry and the others that Akuma finds himself. He gets a job and a purpose in the arcade and it sets the course for his life after that. He is the legacy of the arcade era: a person who found their equilibrium in a place that was routinely derided as detrimental to people. But among his peers, Akuma is a person to be valued because he loves this transitory thing that they do too and in that, the film gives its greatest lesson: arcades, like every other social construct we’ve made for ourselves, made the best of what they had for as long as it lasted and their believers will undoubtedly carry that love and respect into other avenues of life.

One of the things I like most about subject neutral documentaries is that you learn things about a subject that you never knew or better yet, you learn something about subjects you have an interest in that can surprise you. I grew up in the so-called “golden age” of the arcade. Outrun, Streets of Rage, Street Fighter, Mortal Kombat, these were games I played or watched so I as I watched the people talking about their love of the game and of the life lived in the presence of their peers, what matter what their circumstances, the more I felt like I knew these people. It’s a strange thing to realise you can bond over something as ephemeral as a video game but once you do, it’s like you always knew it would feel this good.

Irene Chin and Kurt Vincent’s unique documentary about the life of a video arcade and the lives in the arcade is one of the most open-minded ones to pass my way. Neither as a deep look at the industry that spawned it nor as superficial as most TV documentaries, Lost Arcade works toward telling the story of the story. By slowly opening up the story and cast as their lives change with the closure of the arcade, they give us, the viewers, hope that if they came together for something as fleeting as an arcade then we too should be so lucky to have purpose and agency like that. In a digital age, its analogue subject matter means the people are analogue and so are their backstories. We’ve become so used to the immediate nature of online interviews and the like, that a slow moving look into a now forgotten pastime, feels like a refreshing breeze. Even after an arcade machine is shut down, the energy within it resides for a while before fading completely. When the film closes, the people that made up its energy disperse into new channels of direction. When or if they meet again, it will be in a similar place but now possessing more energy gathered along the way. Which, as Henry and Akuma break out on their own after Sam sells CF, is the best we can hope for.

The Lost Arcade screens as part of the Open City Documentary Film Festival on 25th June at the Hackney Picturehouse.