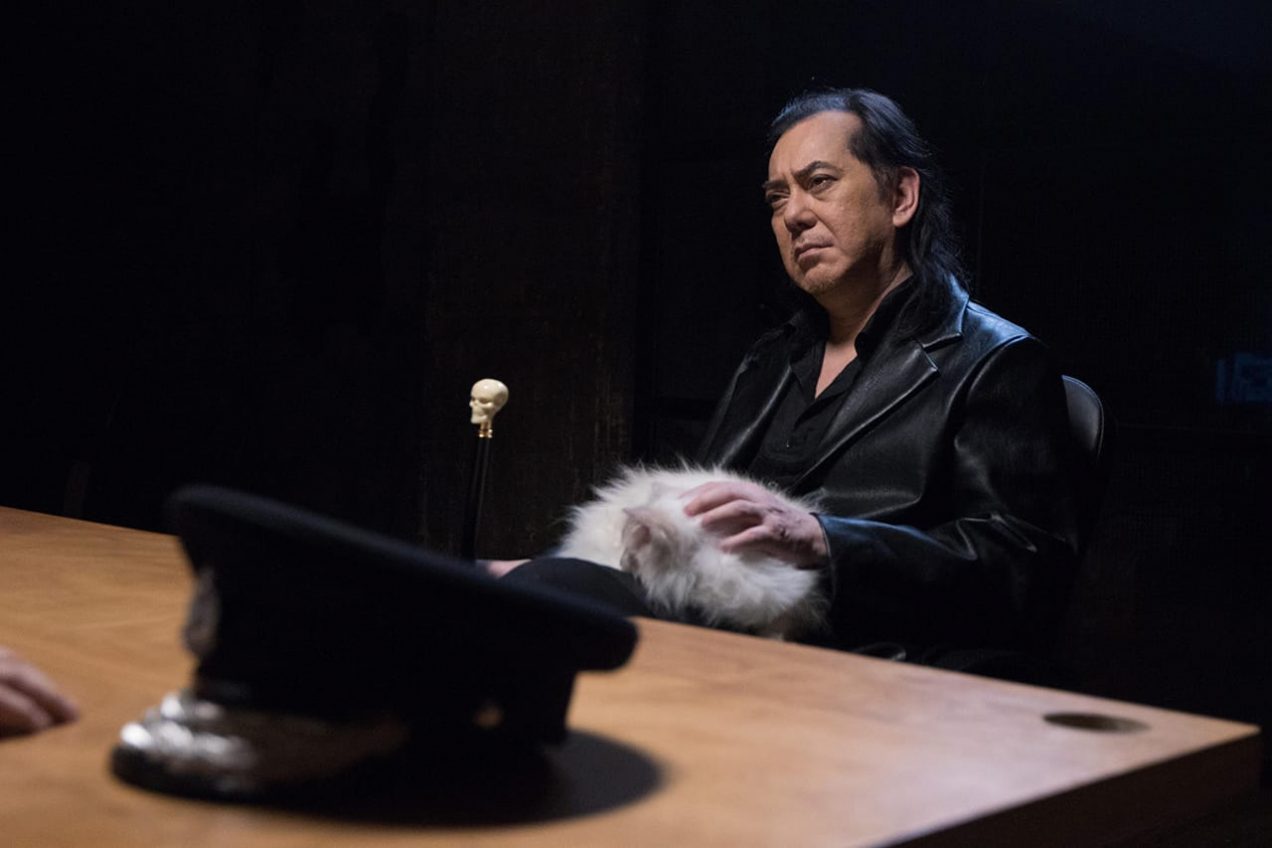 Herman Yau has become one of the most solid directors working out of Hong Kong, starting out with some classic CATIII exploitation flicks (The Untold Story, Ebola Syndrome) to a modern day level of respectability (The Woman Knight of Mirror Lake, The Legend is Born – Ip Man). He puts out solid and enjoyable films. So it’s fun to see him return to his more messy roots with that staple of 80’s/90’s Hong Kong Cinema – the Triads.

When the Godfather of the Jing Hing Triad gang (Anthony Wong) is diagnosed with terminal cancer, it sparks the need to elect a new Dragon Head (the public face of the gang, supporting the older ruling elite). Two candidates come to the fore. On one side we have Chuck (Chapman To) – a career gangster, recently released from Stanley Prison, trying to reconnect with his ex-model wife (Bonnie Xian) and the son he conceived just before he was sent away. On the other side we have the flashy, overtly homosexual Wulf (Gregory Wong) who used to be a Police Informant but is now a legitimate leader of one of the sub gangs. The pair attempt to garner favour with the ruling elite and the Police, whilst engaging in bloody inter-gang conflict.

The film is fairly self-aware of the ground it is covering, even name-checking classics of the genre like Johnnie To’s Election films. To be honest, it isn’t as good a film as the it is inspired by, but is a solid, if bloody effort. Yau revels in the CATIII label, adding lots of blood and dismemberments (these are gangsters that prefer the Machete over the gun). For those of us used to the mores of the genre, some of the later narrative shocks don’t come as an awful surprise, but they still remain somewhat shocking. To brings his usual charm and humour as our narrator, although he doesn’t exactly elicit our sympathies.

The film does have a number of mis-steps. Wong’s character is interesting because of his homosexuality, but this facet of the character is played in far too seedy a manner to be a refreshing change. The background tale of Chuck’s best friend/lieutenant Luke (Philip Keung) does give us the movie’s one likeable rogue, but the introduction of a long lost daughter comes from nowhere far too late, and instead of giving us a mirror story to that of Chuck’s feels rushed and lacking resolution.

However, if that was all The Mobfathers was about then it would not be something that would last long in the memory. Luckily it works as something else entirely. Like the aforementioned Election, it attempts a little political satire. The casting of the Mainland blacklisted (allegedly) Chapman To and Anthony Wong add more than a little bite to proceedings. Because the film isn’t really about the Triad’s at all, but rather the political situation in Hong Kong. It isn’t subtle, but it is looking at the electoral system in Hong Kong, how the power is granted by a select few rather than the “one man one vote” system we associated with most democracies. To add a little local colour, it is clear that the Police are complicit in this process. Now, this might not play too well outside of the former British Colony (and I am sure one scene at a British School and the homeland of Luke’s daughter are further explorations in the political backstory), but I can see it would spark much interest and debate amongst the local audience. I doubt it will get any Mainland screen time though.

The Mobfathers is a pretty well made film, which is able to work on two levels. For that it has to be applauded, as does Yau’s visceral portrayal of violence. But it doesn’t quite flow structurally, and maybe is a little too internally focussed for it to be completely successful.

The Mobfathers screens as part of the New York Asian Film Festival 2016 (NYAFF). Read all our reviews and coverage of #NYAFF2016.