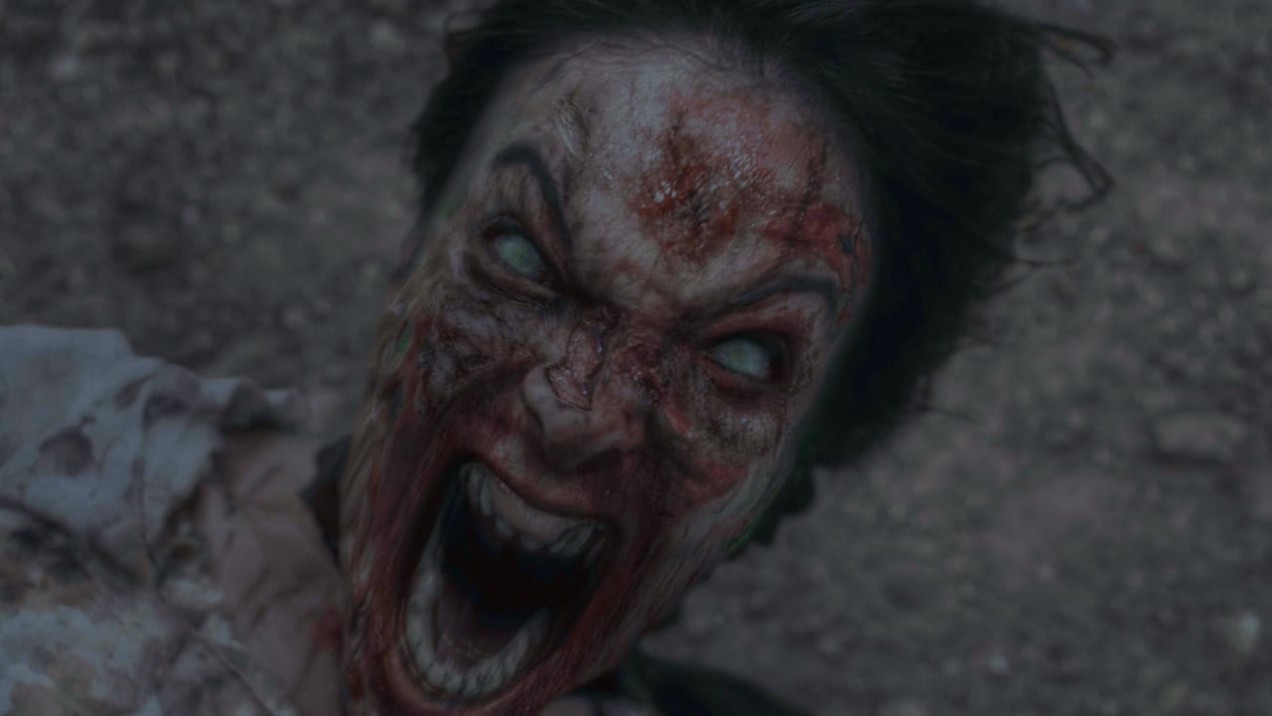 The three years since On The Job was released in Philippines led to worldwide fame for Erik Matti, despite his long career in a totally different genre: fantasy horror adventure movies. Terracotta’s latest entry in their Terra-Cotta brand is one of those previous films, The Monster Chronicles: Tiktik. Released just one year before On the Job in Philippines, and a perfect fit for the goriest and campiest side of their home entertainment collection. (Hopefully this might be followed by sequel Kubot.)

We’re in Pulupandan, in the west central part of the Philippines archipelago, a region Matti depicts as a sort of post-apocalyptic wasteland, where Makoy (Dingdong Dantes, Segunda Mano, Kimmy Dora and the Temple of Kiyeme) is trying as hard as he can to get back with his fiancé Sonia (Lovi Poe, Thy Womb, Status: It’s Complicated), nine months pregnant of his child.

Her family is split up: her mother Fely (Janice de Belen, The Healing, The Strangers) doesn’t want him around while her father Nestor (Joey Marquez, Raketeros, Girl, Boy, Bakla, Tomboy) accepts to have him in the house. That’s why Makoy, Nestor and their friend and helper Bart (Ramon Bautista, San Lazaro, Kubot: The Aswang Chronicles 2) decide to arrange Sonia’s birthday together.

Main course for her birthday lunch will be a small roasted pig bought from Bart’s cousin, but none of them realized it had something different from any other animal. Soon, unfortunately, all the family, wanted or not, will have to stick together and fight against the true nature of that pig: it’s an Aswang and he already called all his friends, ready to assault and eat every single one of them.

Aswangs are mythical creatures imagined with various forms from region to region in the Philippines. Sometimes beasts, sometimes humans, what’s “certain” is their shape shifting ability. In Erik Matti’s The Monster Chronicles they look more like zombie-vampires: their bit will change you into one of them and their only goal is to eat you (possibly alive), but they still have intelligence.

From this point the whole movie won’t be different from a classic low budget horror/zombie movie where most of the characters are under siege behind their four walls. The plot itself vanishes when confronted to the greater menace they have to face, all the fights and disparities move away and it’s just a bunch of people throwing salt, garlic and machetes at those filthy beasts.

Sometimes no one asks for more from this kind of films, fun and blood are all that’s required, but Matti’s The Monster Chronicles differentiate itself because of its greatest flaw: it wants to be a black comedy, but sometimes it’s too shy to be appreciated and many scenes feel too dramatic despite trying to call for a laugh from the viewers. Too often it doesn’t work.

Luckily it’s not enough to shred the film, The Monster Chronicles is still a fun movie to watch, with its cheap but good special effects, campy look, gory moments (surely Nestor eating an Aswang’s heart is not something we would have easily expected) and weird brownish cinematography, plus Matti’s cinematic style. He deserves a bigger budget and a better screenplay.

The Monster Chronicles: Tiktik is available now on DVD and VOD from Terra-Cotta / Terracotta Distribution.

One thought on “The Monster Chronicles: Tiktik”