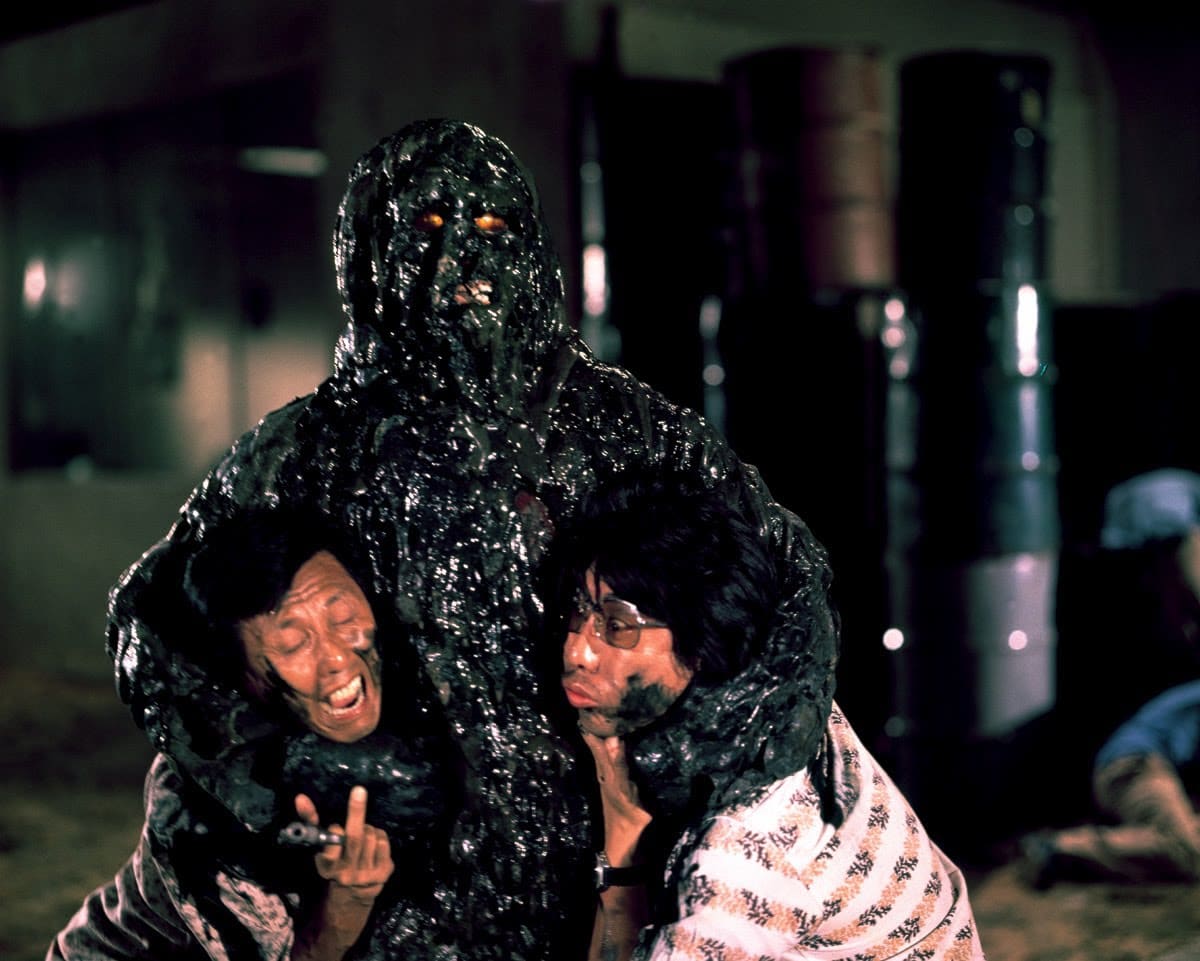 As well as their martial arts classics, the Shaw Brothers were responsible for some of the wildest exploitation jaw-droppers of the 1970s and 1980s, not only from Hong Kong but from anywhere else in the world, good taste having been thrown screaming out of the window to make way for sleazy tales of black magic, the loving dead and more. One such lurid gem is The Oily Maniac, a bizarre take on the revenge genre starring the one and only Danny Lee (The Killer) and directed by Ho Meng Hua, who also helmed the early Journey to the West adaptations The Monkey Goes West, Princess Iron Fan, Cave of the Silken Web and The Land of Many Perfumes, as well as the likes of The Flying Guillotine and the Black Magic series. The film now finally lands in the UK on Blu Ray, in a restored HD Blu Ray release from 88 Films, allowing it to be seen in all its seedy glory and coming with a number of extras.

The Oily Maniac takes a fairly standard revenge plot and gives it an outlandish twist, with Danny Lee as Sheng Yung, an unfortunate young man crippled by polio as a child. A lawyer by trade, he runs into trouble after trying to help Lin Yang Ba (Ku Feng, The Avenging Eagle), a man accused of murder after accidentally killing a crime family thug intent on raping his daughter Yue (Chen Ping, Kiss of Death) as part of an attempt to strong arm him out of his business. Having had a crush on Yue for many years, Yung is desperate to protect her, and decides to try out a black magic spell passed to him by Lin, transforming himself into a super-strong oil covered monster, giving him the chance to take violent revenge.

The Oily Maniac starts off with the claim that the film is based on a Malaysian folk tale, and though this may or may not be true, it’s certainly a wild and wacky ride of the highest order, and one of the sillier of the Shaw Brothers’ exploitation howlers of the late 1970s and early 80s. It’s very hard indeed to take the film seriously, with a tone that veers drunkenly from childish humour and monster-running-amok footage to disturbing sexual abuse, not to mention liberal lifting of John Williams’ famous Jaws score. Whether Ho Meng Hua was aiming for it or not, the film is frequently hilarious, in particular during scenes with the maniac sprinting down the streets and leaping onto cars (generally with no discernible purpose), and due to the fact that Yung needs to find oil to help him to transform, diving into oil canisters or applying coconut oil. Some dizzyingly random subplots only add to the madness, the film veering off to deal with not only the hopeless police investigation into the oily one’s rampage, but a doctor who deals in dodgy cosmetic surgery and in restoring the hymens of prostitutes.

Making things even more amusing are some very low-budget and shabby special effects, the maniac having a laughably cumbersome and daft-looking costume and having the ability to change into a puddle of oil. It’s all a great deal of fun, for the right audience at least, and Ho keeps things moving along at a brisk, enthusiastic pace, with lots of clumsily-choreographed action and fight scenes, sex and violence. Though never particularly gory, as with several other Shaw productions of its type from the era, the film does have some unpleasant sexual content and rape scenes, very much at odds with the almost childish feel it has in places.

This does mark The Oily Maniac as adults-only fare, and as a film most likely to appeal to fans of sleaze and connoisseurs of far-out trash, who should have a fine old time appreciating its schlocky charms. Though not the craziest of the Shaw Brothers’ productions of the era, it’s nevertheless a very enjoyable romp, and 88 Films deserve points for making it available in this restored HD release.

The Oily Maniac is available on UK Blu-ray from 88 Films as part of their 88 Asia Collection.