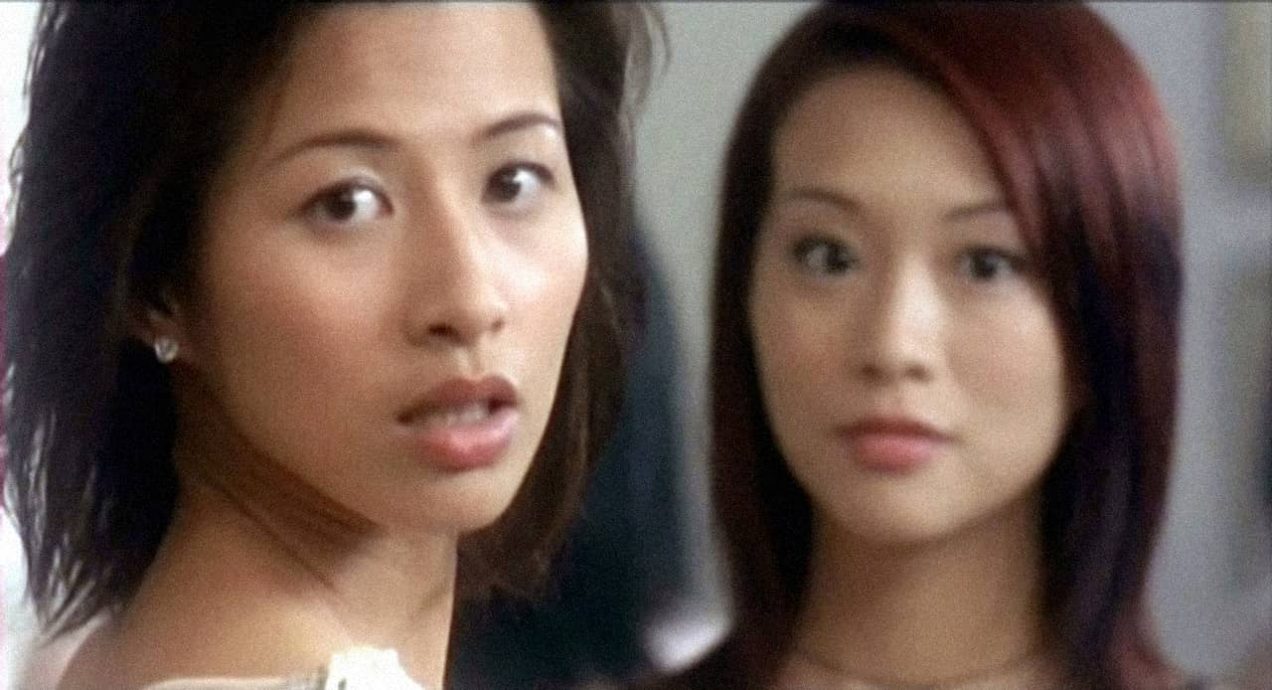 A lot of Hong Kong stars started off their careers in exploitation and less respectable films before going on to bigger things. Unlike some, Daniel Wu had already been in a number of blockbusters like Gen-X Cops, Purple Storm and 2000 AD before he appeared in the likes of Naked Weapon and Night Corridor, as well as the sleazy, Category III rated The Peeping in 2002. Directed by the prolific Marco Mak, best known for his work as an editor and for helming a list of genre quickies, the film was based on the real-life case of Taiwanese politician Chu Mei-Fung, who was caught having sex on film, with the results being released on VCD. Whilst the names have been changed and the film comes with a solemn statement that any resemblance to real people or events is coincidental, as can be seen by the lurid cover, featuring the female stars naked and covering their breasts, it’s obvious that cheap titillation was very much the order of the day.

Daniel Wu (Into the Badlands) plays Hong Kong private eye Calvin, who mostly works on divorce and infidelity cases. Although the details are unclear, he agrees to take on a HK$1 million job for the obviously shady Wong (Grace Lam, Devil Killer), going to Taiwan with his long-suffering girlfriend Cindy (Jenny Yam, Troublesome Night 18) and assistant Sam (Samuel Leung, Raped by an Angel 5: The Final Judgement), where he meets politician Kwai Fung-Ming (Teresa Mak, Troublesome Night). Under the instructions of Wong, he begins investigating and filming Kwai, being invited one of her parties, giving him the chance to hide cameras around her home. When Calvin catches Wong and Kwai on film having sex it becomes apparent that there’s more to the case than meets the eye, and things get even more complicated when he inevitably starts to lust after Kwai himself.

The dubious morality of its ‘ripped from the headlines’ mining of the Chu Mei-Fung scandal aside, it’s clear from the beginning that The Peeping is only interested in the sleazier aspects of the case, making no effort to explore the political or legal side of the story. Instead, what we get is basically Daniel Wu sitting in the dark, gasping and sweating as he watches Teresa Mak in a variety of sexual situations before finally giving into his desires. While there’s a plot of sorts involving Wong’s motives and Calvin’s deteriorating relationship with his girlfriend, the film is mostly structured around its sex scenes and the supposed tension as to when he’ll stop watching and start joining in. Even for those who care, the drama is thin at best, not helped by an odd sense of humour and jarring comedy scenes, which make the film even more difficult to take seriously – a case in point is the scene where Calvin first meets Kwai, which is in a men’s bathroom, and which bizarrely results in him wetting his trousers. The film is trashy fun in places, and has a few moments of soap opera hysteria, though the tone is inconsistent and there’s really not much of any interest going on.

This would all be forgivable if The Peeping actually lived up to its sleazy promise, with the film having garnered a lot of interest on its original release in Hong Kong due to the supposedly revealing performances of the leading actresses. Sadly, the film is a clumsy tease, and though it features a lot of sex scenes, very little is shown, with only Daniel Wu showing his chest (repeatedly), and with the actresses being tastefully posed to keep their assets hidden. While there would be nothing wrong with this if the film was a more serious or substantial affair, it does very little to earn the Category III rating, and the lack of proper nudity or sex is certain to disappoint anyone lured in by the raunchy poster or marketing campaign. Marco Mak’s direction is workmanlike at best, and his continuing efforts to find new camera angles and techniques to keep the actresses not quite nude becomes unintentionally amusing, though not enough to push the film into the realm of camp trash.

As things stand, there’s nothing to recommend The Peeping, either as a Category III exploitationer or as a true-life scandal drama. Despite the glossy cast and sensationalist premise, the film commits the cardinal sins of not delivering on its promises and of being rather boring, both of which sadly render it a waste of time.