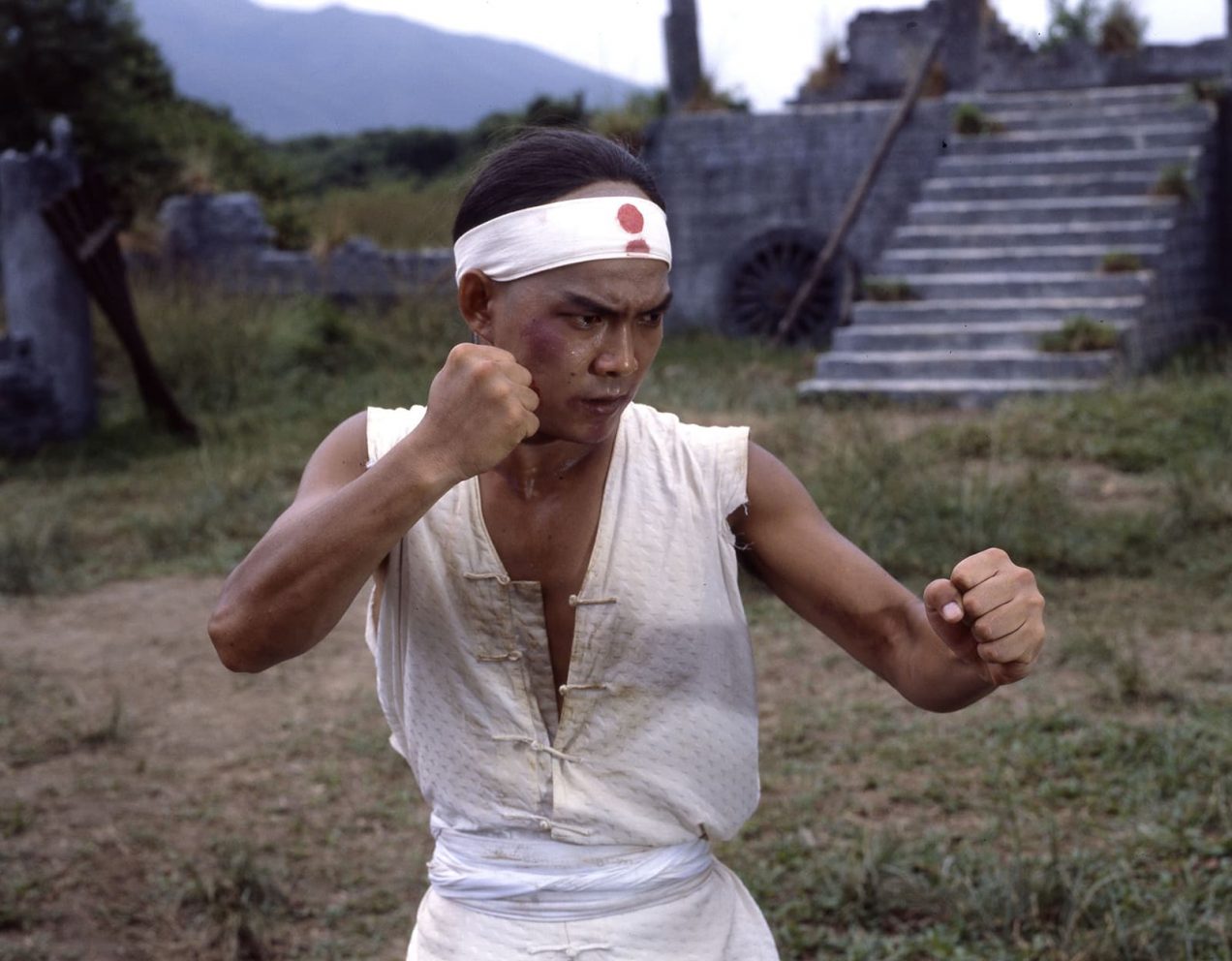 This Kung Fu classic is nothing but unique in its ability to use satire, slapstick, wordplay, and compelling drama in what can be a very traditional genre. Sammo Hung (Wheels on Meals, Encounters of the Spooky Kind, My Lucky Stars) is celebrated by many as popularizing a new brand of Kung Fu movie. He, Jackie Chan, and the lead of the film Yuen Biao (Project A, Enter the Dragon, Mr. Vampire), were members of the same Peking opera group as stuntmen. Their brand of martial arts film combines humour, drama, and most of all incredible stunt work to create some of the best action films to date. In this film, The Prodigal Son, Yuen Biao plays an heir to a local business empire in Foshan, Canton. Leun Chang is known by many as ‘street fighter’, but by more as ‘street briber’ or the ‘the prodigal son’. This is because unbeknownst to him, his father bribes all of the town’s martial arts practitioners to lose when they encounter Chang. Brimming with confidence the undefeated heir brazenly attacks a local Peking opera actor who not only reveals to the prodigal son his delusion, but gives him an overdue beating.

Leun Chang becomes enamoured by the actor’s skilful Wing Chun style of Kung Fu. Determined to become the practitioner’s student he has his father buy the opera company, just to be hired as the actor’s understudy. The actor is played masterfully by the incredibly talented Lam Ching-Ying (Enter the Dragon, Eastern Condors, Winners and Sinners). His acting performance is as good as his impressive kung fu. Sammo Hung even appears later as an old friend of the actor, a master of every form of Wing Chun.

What ensues is nothing ordinary for a Kung Fu film, with clever plot twists and impressive elements of drama. The story is as compelling and well written as any display of combat or stunt work. Sammo Hung also has a well-honed comedic ability, using skilful slapstick as well as witty wordplay to give the dark drama in this film a relieving counterpart. Specifically, the fights featuring Lam Ching-Ying are astounding at times, as his graceful and acrobatic style is eventuated by his portrayal as the effeminate operatic actor. Overall I think it’s an iconic part of Sammo Hung’s career, kung fu cinema in general, and an impressive film overall.

This Eureka release comes with insightful bonus features, including audio commentaries from both cinematic and stunt-work experts. I particularly like the commentary by Franky Djeng (NYAFF) and martial arts expert Bobby Samuels. There are plenty of archival goodies such as archival interviews with Sammo, Yuen, Frankie Chan, and Wing Chun expert Guy Lai. The bonus features allow a complete and in-depth understanding behind the influences of a complexly crafted film. Overall I think this release is a necessary part of any collection for the fan of kung fu, or cinema in general.

The Prodigal Son is released as a two-disc Blu-Ray set along with Sammo Hung’s other celebrated Wing Chun film Warriors Two on 24 January by Eureka Classics. Drunken Scorpion screen the classic at Genesis Cinema on 4 February.