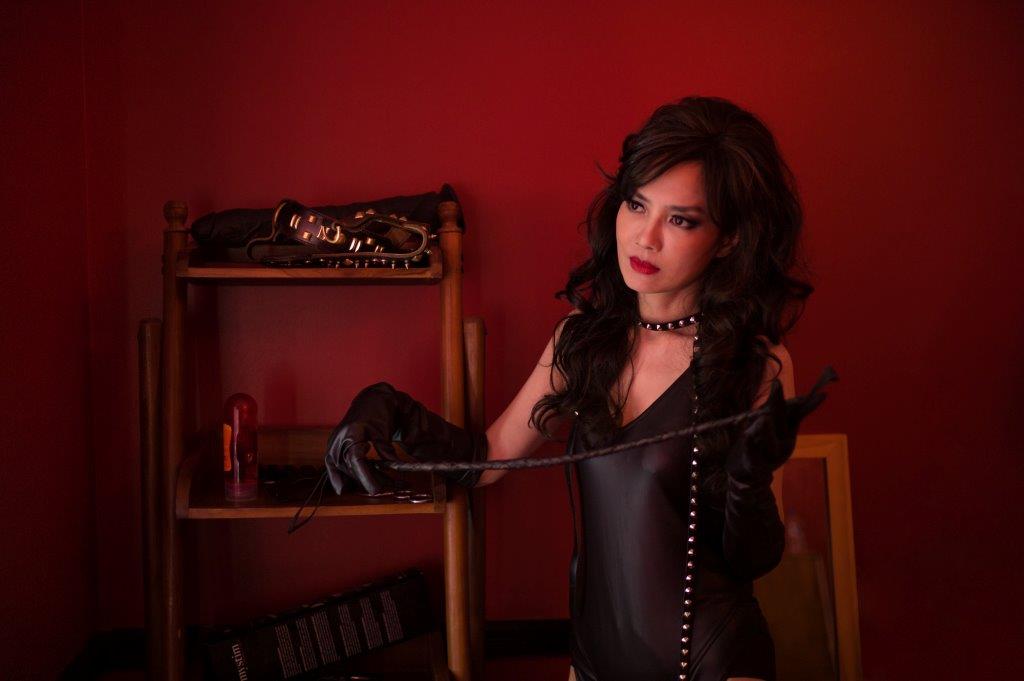 Jenny Lu’s directorial debut shows a lot of promise, with brave performances and a realistic style…

A Taiwan/UK co-production is pretty rare these days; director Jenny Lu’s debut is a strong dramatic piece that proves these type of productions have a future. While wearing a low budget on its sleeve, the film contains some strong performances by new and experienced actors and a good emotional core in what is a pretty taboo subject. Lu based the story on a friend who committed suicide, therefore it’s a very personal film for her.

The story follows down-on-her-luck immigrant Tina (Teresa Daley, Sashimi), living in London during the 2008 recession with her British boyfriend, who has graduated and is looking for work. She has an interview for a receptionist position, but when realising the place is an illegal brothel for exclusively Asian girls, she turns away. Her desperation for work means she ends up taking the position, and becomes close to the girls and their boss Lily (Sophie Gopsill). The film explores this world in a realistic and human way, while leaving room for humour and drama.

The acting at times is top class, with Daley proving she can take on a lead role. The journey of her character is fraught with trauma, and Daley convinces the audience she can communicate this. Gopsill as Lily, in her only film credit, does an admirable job juggling a stereotypical but multi layered character. Her character does not seem to realise the consequences of opening an illegal brothel in the UK, and considering the film is inspired by a true story, it’s an interesting portrayal. Chen Shiang-chyi (The Wayward Cloud) as Sasa lends some experience to the film, and her world-weary disposition brings depth to the depiction of the girls lives. She has been nominated for a Golden Horse for best supporting actress for her role. The actresses playing two of the girls are a revelation; first Shuang Teng as Anna, as a late arrival to the group whose story is particularly tragic. She gets the balance of wide eyed naivety and understanding of her predicament just right. Second is Amanda Fan as an experienced prostitute who provides much of the happier side of the films journey. Her infectious energy and depth of character are much needed when the film drags a little. Unfortunately Josh Whitehouse as Frank, Tina’s boyfriend, lets the side down with some amateur acting. It’s a shame because every other actor is so strong.

Stylistically director Lu proves she can create an interesting atmosphere, and a lot of the scenes are shot with natural lighting which works for the films subject matter. However, this is at the cost of some visual blandness that is to the films detriment. It’s really all about the characters journeys and the life of immigrants in a desperate situation, with an emphasis on uncovering the sex industry in London, and this is captured with aplomb. Some scenes are pretty hard to watch when it comes to the customers sexual preferences and the abuse of the girls, and these are portrayed unflinchingly. Lu said in my upcoming interview with her that a big influence on the film is Pasolini’s nightmarish Salo: The 120 Days Of Sodom. If you’ve seen that movie you can guess at some of the content of the scenes in The Receptionist, while nowhere near as graphic and torturous.

The Receptionist is a worthwhile effort in the dramatic genre with a lot to recommend it for, and I am looking forward to Lu’s follow up with a higher budget.

The Receptionist is released in UK cinemas from 20 July 2018.