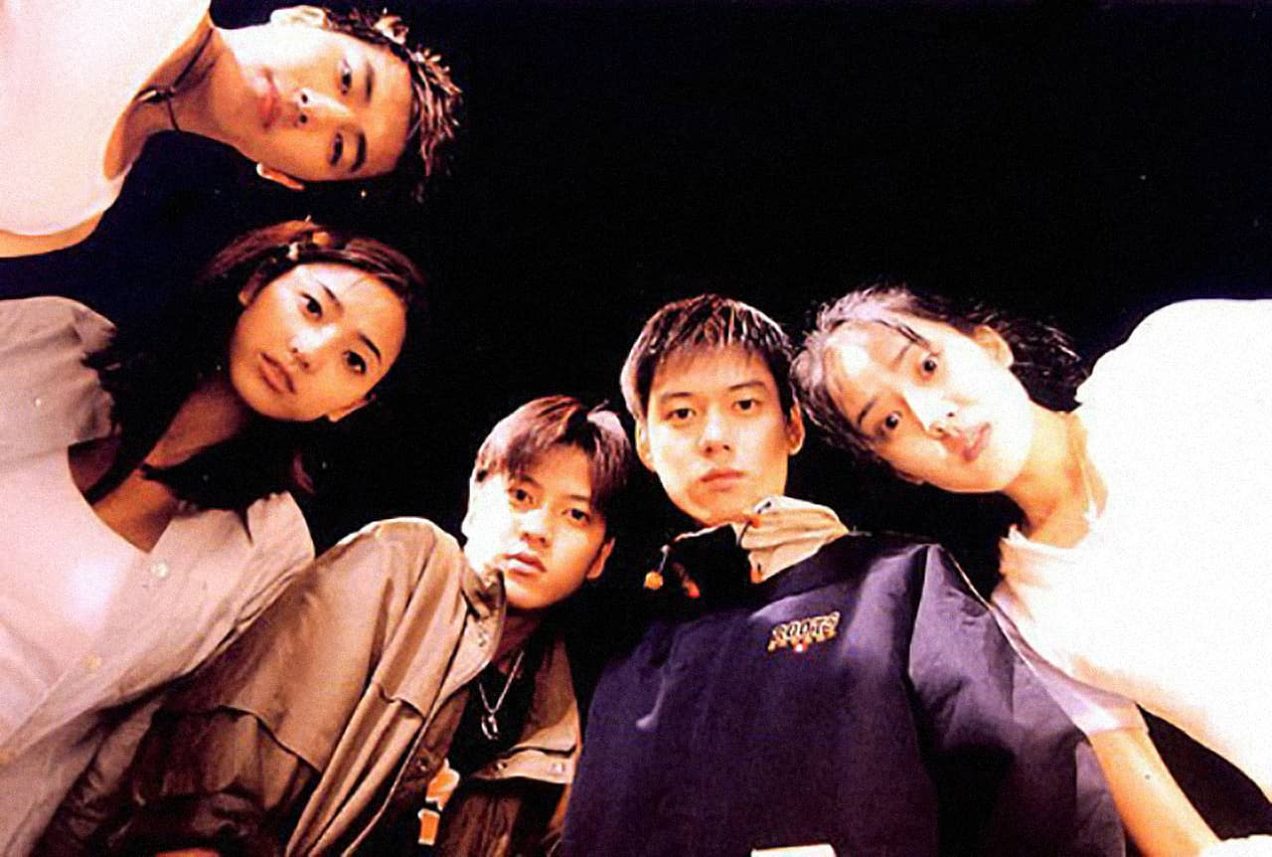 While most other filmmakers from Asia were rushing around in the early 2000s trying to replicate the success of Ringu, Korean directing team Kim Gi-hun and Kim Jong-seok instead looked west for the inspiration for The Record (also released simply as Record) and to slasher hits like I Know What you did Last Summer and Scream. Despite this, the film was still marketed as a ghostly shocker in some territories, with a generic-looking long-haired female figure front and centre on the poster, playing on its vaguely supernatural elements instead of focusing on the fact that it earned the hallowed Category III rating on release in Hong Kong, something which suggested a level of violence and sex uncommon in Korean cinema at that time.

The film begins in a fashion which will feel suspiciously familiar to pretty much anyone who’s ever seen a slasher horror, with high school girls Eun-mi (Han Chae-young) and Hee-jung (Park Eun-hye) getting weirdo loner classmate Sung-wook all excited after inviting him to go away with them for the weekend in the countryside. Surprising nobody but poor Sung-wook, the whole thing turns out to be a setup, with other classmates appearing at the holiday cottage and stabbing him to death, catching the murder on video – while this is part of an elaborate prank, everything goes horribly wrong, resulting in Sung-wook’s demise. As is usually the case, instead of going to the police the kids bury the body and promise never to talk about it again, only for them to start dying one by one at the hands of a mysterious killer who seems to know their deadly secret.

As should be pretty obvious, The Record is every frame the carbon copy of I Know What you did Last Summer, Scream, Urban Legend and virtually every other slasher of the period, with what could politely be called nods to older genre films like The House on Sorority Row thrown in for good measure. Whilst there’s nothing in particular wrong with this, slasher films being a cannibalistic bunch almost as a rule, Kim Gi-hun and Kim Jong-seok take a decidedly slapdash approach to the tried and tested formula, taking scenes and plot points seemingly at random and throwing them at the wall to see what sticks. Though the central mystery sounds simple on paper, the film is so messy that it makes even less sense than those of its muses, matters not helped by some bizarre character behaviour that sees the cast striving to serve themselves up to the killer.

To be fair, a lack of originality or logic isn’t really a massive problem for most slashers, with most genre films opting to fill in the plot holes with blood and guts, or to distract the viewers with shower scenes or partly clad sex scenes. Sadly, despite its Category III rating, The Record fails to deliver in this department, with very little in the way of violence, brutality of exploitation in any form, playing out instead like a tame, teen-friendly Scooby-Doo episode. This in itself wouldn’t be the end of the world if the film were marketed as such, though it’s incredibly misleading to see the Category III rating on the cover, and any viewers expecting something wild and visceral will be sorely disappointed indeed.

This is all kind of a shame, as The Record isn’t necessarily a bad film when judged on its own merits, Kim and Kim directing with a certain energy and enthusiasm, and with its foolish narrative moving along at an efficient pace. The film is never boring, benefits from some decent production values, and has a surprisingly talented cast, several of whom would go on to bigger and better things, including Han Chae-young in her debut, who later starred in the hit series Autumn in My Heart and Boys over Flowers and the film Good Morning President, and who also starred in several series and films in China, and Park Eun-hye, recently in the Korean Netflix production Steel Rain, and who is a popular and award-winning television drama actress.

Still, it’s hard to recommend The Record as a full-blooded horror, and while it’s a creditable Korean take on the modern US slasher genre, the misleading Category III rating makes it a definite let-down. This having been said, viewers prepared for the lack of originality, sense or exploitation content might find enough to enjoy, and it’s arguably worth watching just to see Han Chae-young and Park Eun-hye in early roles.