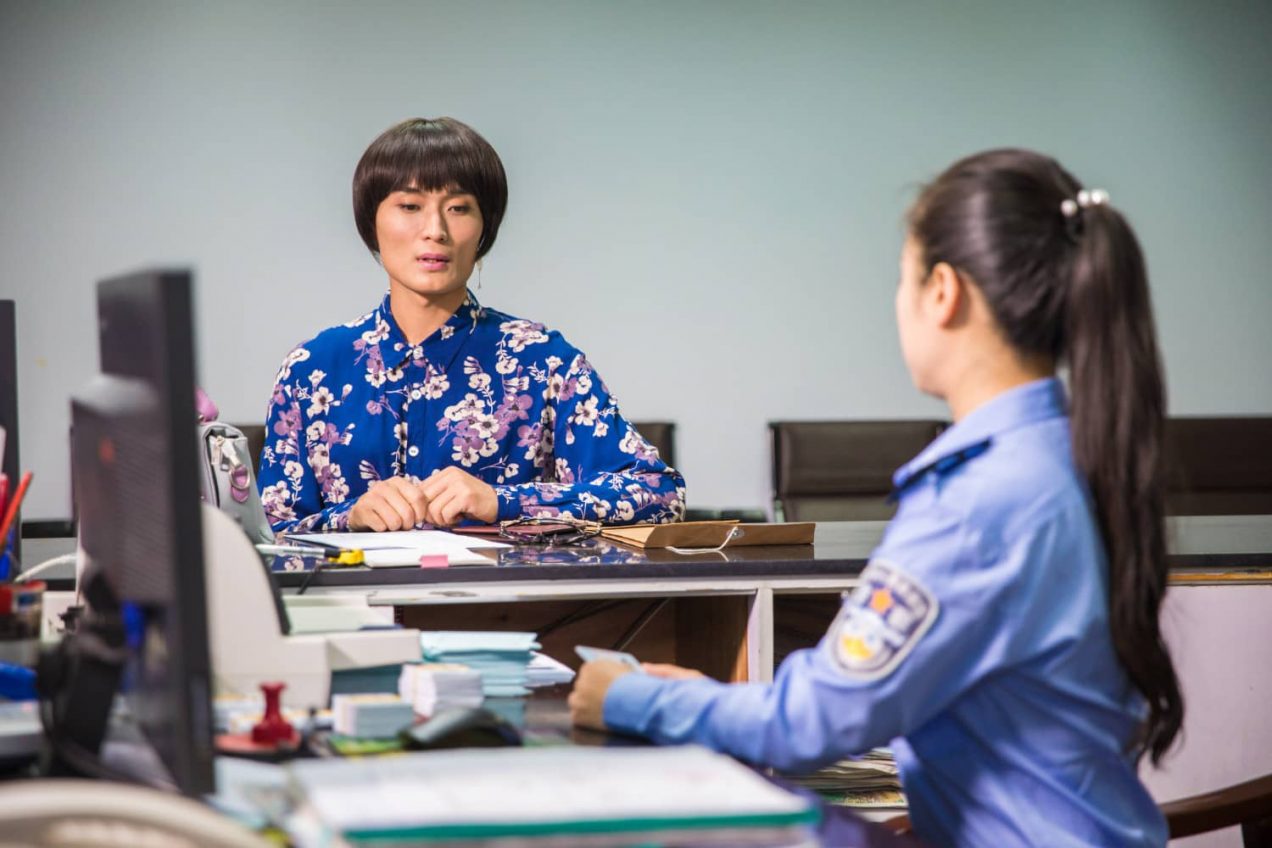 Director Zhang Wei has spent the past decade making engaging socio-political dramas on relevant and usually silenced and censored topics in China. Focusing on the marginalised, in his work he has examined the lives of migrant workers (Beijing Dream) and the education of autistic children (Xi He). Now, with his newest film The Rib, Zhang focuses on transgender people and the bureaucratic hell they are going through

The film follows Huanyu (Yuan Weijie), a young trans woman who has decided to undergo gender confirmation surgery, but to get it done, under Chinese law she needs to get a signature from her devoutly Christian father Jiangou (Huang Jingyi). The law also requires that the signing process is filmed in front of a witness, so she has no other choice than to try and explain to her father who she really is.

The story is simultaneously told from perspectives of the father, the son and the holy society that surrounds them in an attempt to provide a diverse picture of this marginalised community. The Rib succeeds in highlighting the general perception of transgender people in China by giving us bits and pieces that showcase the ways this population is treated at work, in the courtroom, or in media. What the film sadly doesn’t accomplish is realising its full potential by giving us a story about an individual facing an impactful medical procedure.

As the film is set as a personal/intimate story it is strange to find that it lacks strength in its script, especially because it was put together by eight screenwriters—or maybe because of it. In an attempt to give perspectives of multiple individuals over the course of only 90 minutes, character motivation and their development start to suffer. It gets so problematic that in the end it feels like protagonist Huanyu is there just to put up with everything, and never really face any of his troubles in any way.

But then again, the things that The Rib lacks in the script itself are largely compensated for through the immersive visual storytelling techniques. Done in monochrome scale, widened at one point with Huanyu’s bright red dress, the film plays on the impressions that this selected object of clothing has on characters that face it. Masterfully framed religious and gender-related symbols also play a significant role in the film, and add the kind of emotional impact that brings the story closer to its viewers.

The Rib surely has a focus on domestic audiences, and it may seem a bit odd and moderate from a Western point of view. In spite of that, the very fact that Zhang managed to address burning issues in Chinese society and get a dragon seal certification of approval from censors makes this film worth checking out.

The Rib screened as part of the Far East Film Festival 2019.

Arman Fatić is a member of the #FEFF21 Campus for 2019. The campus allows young journalists from all over the world to attend the festival. You can find out more about the campus here.

Arman Fatić
Arman Fatić is a philosophy and literature student from Sarajevo with a strong interest in art, especially in film.
Read all posts by Arman Fatić