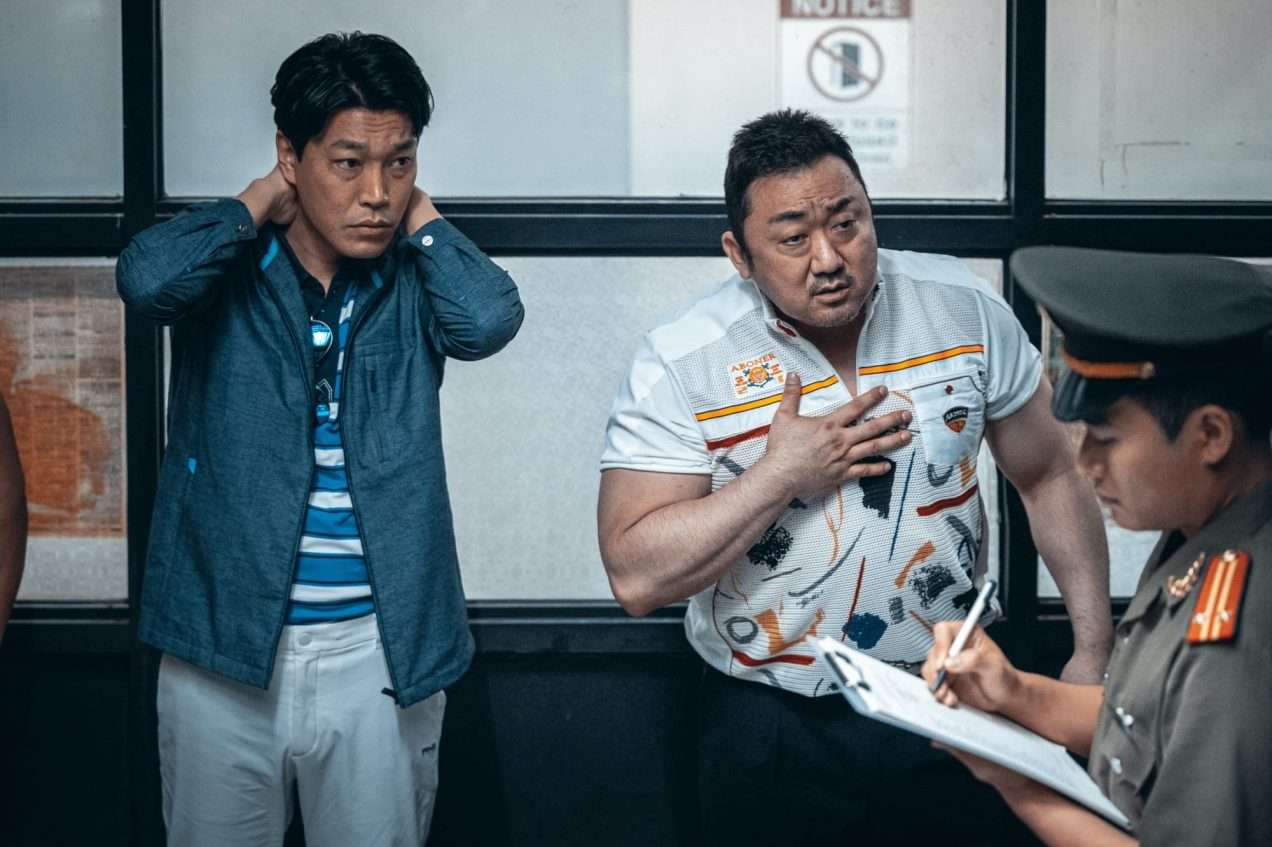 Although already one of Korea’s most recognisable and hard-working character actors, it was Yeon Sang-ho’s 2016 international zombie phenomenon Train to Busan which really propelled Ma Dong-seok to superstardom. Known for his good-hearted tough guy roles, the 2017 cop thriller The Outlaws was a natural fit for his talents, and gave him another massive domestic hit, playing a ruling breaking, quick fisted detective who blazes his way through the local gangs. Ma, now going by Don Lee, returns for the sequel The Roundup, directed by Lee Sang-yong, and this time seeing him heading to Vietnam for more action.

The film kicks off four years after the events of The Outlaws, with detective Ma Seok-do (Don Lee) being sent to Vietnam with Captain Jeon Il-ma (Choi Gwi-hwa) for what sounds like the straightforward case of bringing a fugitive back to Korea. Things don’t go as planned, and they’re soon coming up against Kang Hae-sang (Son Seok-koo), a particularly ruthless criminal who has been targeting and murdering Korean tourists, including the son of a rich business tycoon he was trying to extort ransom money from. After a series of violent clashes, Kang escapes back to Korea to continue his crime spree with Ma hot on his trail, busting heads and defying his superiors in proper beast cop style.

Like its predecessor, The Roundup has been a massive hit in Korea, topping the domestic box office and ranking as the highest grossing film of 2022 at time of writing. It’s easy to see why, with Don Lee on top form again in a role that really seems made for him, and his charisma and presence lift it several notches above being just another cop actioner. The key here is the way that Lee manages to mix a tearing up the rulebook attitude with a winningly down to earth humbleness, making him less a Dirty Harry figure and more an everyman who just happens to carry a badge and has a haymaker that sends crooks flying through windows. As well as being all-action, this allows for some genuinely funny deadpan comedy from Lee, and director Lee Sang-yong does a great job of making the film both humorous and hardboiled. An efficient pace and a sub-two hour running time also win the film points, as does the lack of the usual melodrama and last act tears, something which should make it far more palatable for the average genre fan.

While The Roundup is hardly original, it’s an example of the kind of film which Korea does so well, and the slick production values and Lee Sang-yong’s solid direction help make it an easy watch, with the Vietnamese locations and scenery also giving things a boost. The action choreography is of a very high standard throughout, the non-stop chases scenes and brawls all impressing, and the fact that it gets surprisingly violent and bloody in places gives it a welcome hard edge. Again Lee is fantastic when it comes to the fight sequences, dominating the screen like a force of nature, and whether kicking criminals through windows or smashing them with his fists, he’s always believable and lends his moves a real sense of impact.

The Roundup is a great deal of fun from start to finish, and is one of the most enjoyable cop thrillers from Korea of late. Fast moving, action packed and funny, it’s another deserved hit for the immensely likeable Don Lee, and a third instalment in the series would certainly be something to look forward to.

The Roundup is released in US and Canadian cinemas now, distributed by Capelight Pictures.