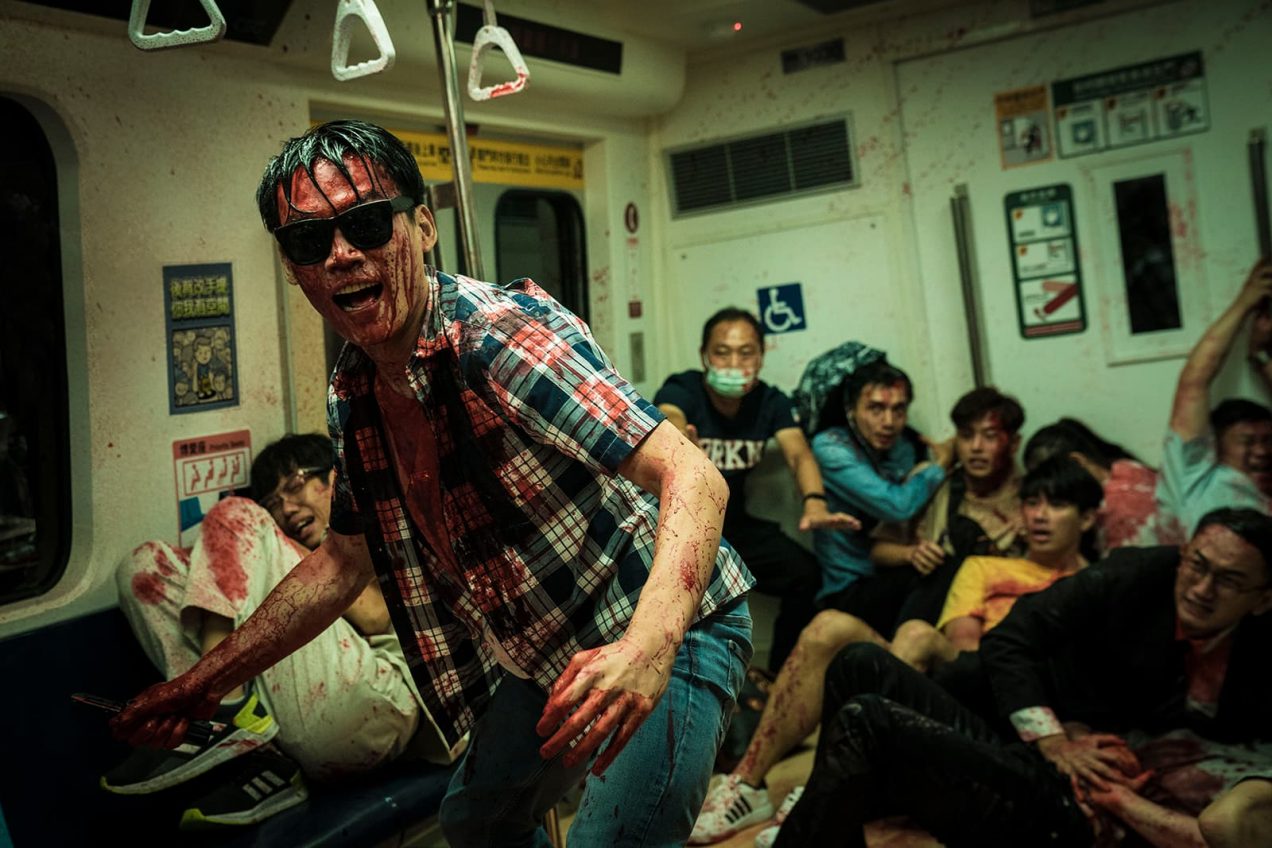 Taiwan isn’t particularly known for full-blooded genre films, aside from the odd splatter opus like Joe Chien’s 2012 shocker Zombie 108 (ridiculously retitled Call of the Undead for some territories) or Wang I-fan’s more recent Get the Hell Out, which saw the country’s parliament overrun by flesh-eating ghouls. Rob Jabbaz, a Canadian filmmaker based in Taiwan, steps up to rectify matters with The Sadness, which really lets rip with the nastiness, and which despite its maudlin sounding title features far more in the way of mutilation than melodrama.

The film opens against the backdrop of a pandemic, with the so-called Alvin Virus sweeping Taiwan, though seemingly without causing too much trouble. Unfortunately that changes when the virus suddenly mutates, with the infected being consumed by an animalistic need to commit acts of extreme savagery, throwing the country into chaos. At the centre of the story are Kat (Regina Lei, 76 Horror Bookstore) and Jim (Berant Zhu, We are Champions), a young couple caught up in the carnage in different parts of the city and trying to find their way back to each other, something which becomes even more difficult when she’s trapped in an overrun hospital with a group of survivors, pursued by a perverted businessman (Wang Tzu-Chiang, My Missing Valentine).

Screening at Fantasia, The Sadness comes with an official trigger warning, something which it certainly earns, packing in more blood and extreme sadism then pretty much any other film of the last couple of years. Rob Jabbaz gleefully doubles down on the vileness, and the film is a real throwback to the Hong Kong Category III howlers of the 1990s, pushing the envelope with taboo-challenging shocks. This does mean that that the film gets into some very perverse territory, often spectacularly so, and does have a nasty undercurrent of sexual violence – though this aspect of the film isn’t as graphic, it’s certainly very distasteful, not least due to some particularly rough language, and will likely (and understandably) prove a bit much for some viewers. The carnage is all the more gruesome for the use of practical effects, and Jabbaz does a great job of shooting things with an eye for the most horrific details.

Moving along at a fast pace, The Sadness is basically a collection of splatter set pieces, with its actual story being pretty inconsequential, and while this probably wasn’t high on the list of Jabbaz’s priorities it does mean that, like Zombie 108 (which it resembles quite closely in more ways than one), the narrative is fairly disjointed and senseless. With Kat and Jim neither here nor there as protagonists there’s not much for the viewer to really care about, leaving the film feeling rather empty, if scarcely dull. There is some social commentary, and a few interesting ideas regarding the infected being an extreme explosion of the ID rather than the usual zombies, still being able to talk, though all this quickly becomes lost in the carnage and never amounts to much.

To be fair, this isn’t likely to bother viewers looking for gross-out horror, and on that score The Sadness certainly delivers the gore groceries, Rob Jabbaz piling on the atrocities with an impressive enthusiasm. Probably not one for more sensitive audiences, it’s easily one of the most extreme horror throwbacks from Taiwan, or pretty much anywhere in Asia in recent memory, for better or worse.

The Sadness screened as part of the 25th Fantasia International Film Festival 2021. Join us every Thursday for the latest in James’ #cineXtremes series.