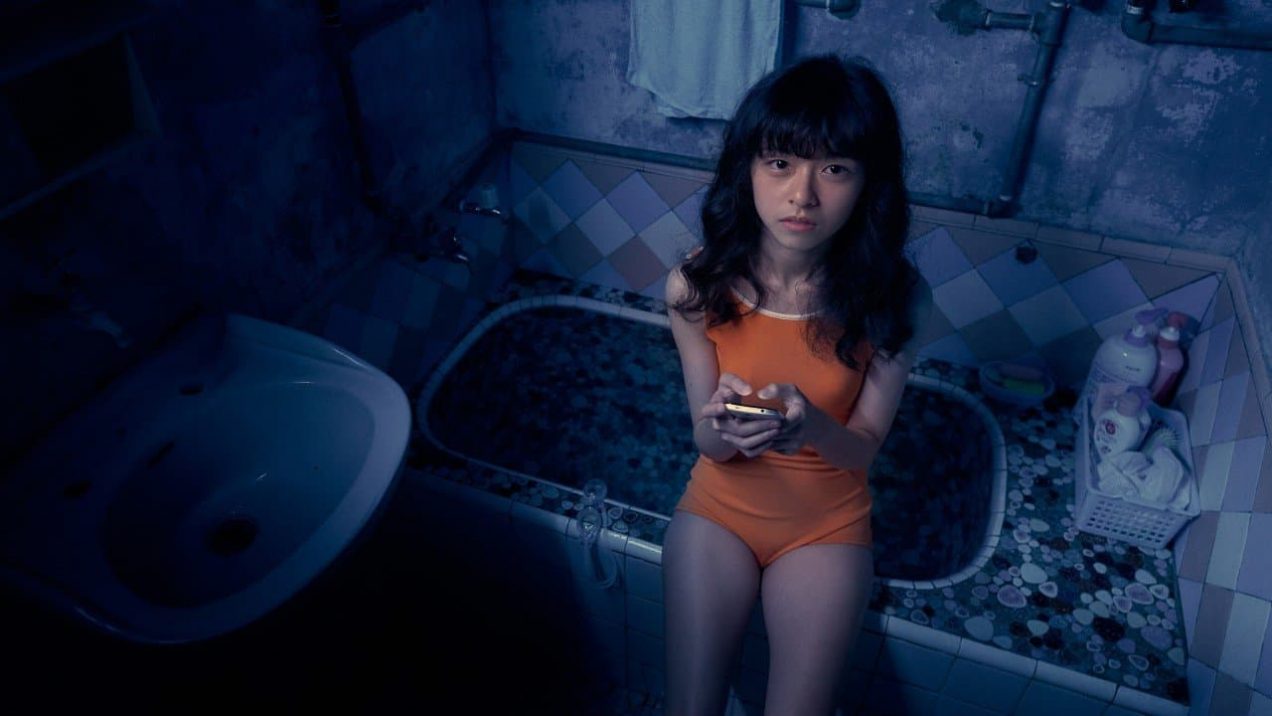 Based on real events of the Tainan School for hard of hearing in Taiwan, The Silent Forest takes a candid look of the heinous culture of abuse that went on unchecked for much too long, as well as examining larger power structures and cultural influences behind it. It is a powerful depiction of trauma, corruption, and fight for justice, all handled with an incredibly skilful touch by Chen-Nien Ko, a young director making her debut in the long format and undoubtedly also making a lasting mark on Taiwanese cinema history.

Hearing-impaired teenager Chang Cheng (Tzu-Chuan Liu) transfers to a new school aimed at kids with hearing difficulties. At first his new place of learning seems like a dream come true, with teachers that understand the specific challenges faced by those hard of hearing and classmates that are all in the same boat, so no one is bullied for being different. He even meets a lovely young woman called Bei Bei (Buffy Chen) and the pair strike up an instant friendship. Things are good. Unfortunately, Chang Cheng’s happiness is not to last as the darker side of this educational establishment reveals itself to him in the most horrific manner when he witnesses a group of students abusing Bei Bei in full view of everyone. Making things worse is Bei Bei’s reluctance to come forward to report the incident, simply insisting that her “friends” were “only playing”. With the help and encouragement of Chang Cheng and their teacher Wang Ta-chun (Kuan-Ting Liu) Bei Bei slowly opens up about her experiences, simultaneously opening the door for other victims to come forwards and reveal the shocking truth behind the happy façade to which those in power like to cling.

The Silent Forest is not the easiest nor happiest watch, nor should it be. With the story revolving around subject matters like bullying, institutional coverups, sexual abuse and suicide, the atmosphere is always going to err in the gloomier side. Handling such matters is never an easy task and with a story based on real events, the approach needs an especially delicate touch. In this Chen-Nien Ko has succeeded marvellously. Her take on the story is hard-hitting but never sensationalised. It does not revel in the dark details but gives the audience just enough information to understand the gravity of these events. While Chang Cheng and Bei Bei remain as the driving forces of the story, Ko has taken her time to also examine the reasons behind this vicious cycle of abuse, shining an empathetic light to those committing these acts as well as their victims. If anyone is truly to blame here, it is the authorities and institutions that so utterly failed these young people. Without their miserable mismanagement, such crimes may never have happened, and Chang Cheng and Bei Bei’s story would have been completely different.

The performances of the young and fairly inexperienced cast are impressive to say the least. There is an authenticity that shines through, making the story that much more harrowing to watch. Kuan-Ting Liu’s portrayal of the only adult figure with any actual interest in tackling these issues is equally emotional and moving. The horror and the frustration are palpable, as he delves deeper and deeper into the abyss of abuse. The strong performances are supported by the fantastic sound designs that deepen the sense of terror felt by the victims. As the focus is on the deaf and hearing impaired, the soundscape reflects this by changing between the ordinary world of sounds to the muddled silence of someone who’s sensory experience is of a different calibre. It not only suits the story but also helps the viewer to get a touch closer to the characters in its centre.

The story behind The Silent Forest is a challenging one. Not only does it involve sexual abuse of children, but rather than adults, the abuse is mainly perpetrated by other children. It is a difficult and complex concept to get one’s head around and while the acts committed are no less horrifying or anger-inducing, it is impossible to simply label the offenders as purely evil. As stated before, the true monster of the story is the power structures that turned a blind eye and let these things happen for way too long. In the core of the story there is a wider criticism of not just the school and its administration, but of Taiwanese culture in general and its tendency for avoiding conflict, even when the consequences are as dire as this. The culture of silence and looking away will inevitably lead into more misery as the cycle of abuse will continue its vicious journey, making victims into perpetrators, continuing to create more victims, and on and on until it is stopped. And it is only stopped by openly confronting the issues in hand, as Chen-Nien Ko has done with The Silent Forest. It is a hard watch for sure, but its sincere and unapologetic approach make it more than worth your while.

The Silent Forest screens as part of New York Asian Film Festival 2021, which runs from August 6 to 22. For more details see their official website.

One thought on “The Silent Forest”