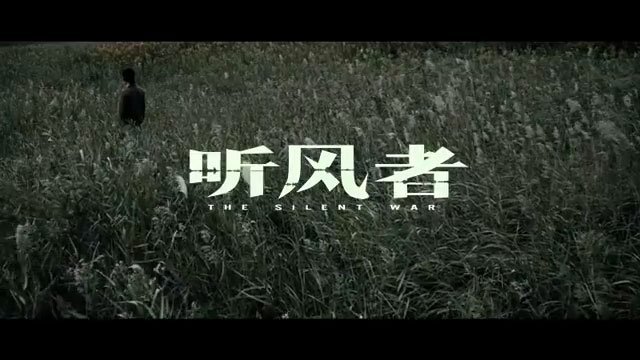 A sumptuous production keenly photographed, but all too familiar ground for Infernal Affairs creators Alan Mak and Felix Chong…

Shanghai, 1949 and over static noise the war for control of China is being fought. The Chinese Communist Party is making serious inroads to power, but the Kuomintang still possess various urban strongholds, keeping their network strong via the radio waves.

CPC Intelligence knows the key is in tapping in to their broadcasts, but the KMT keep one step ahead. Special Agent Zhang Xue Ning, also known as ‘200’ (Zhou Xun, Painted Skin, Painted Skin: The Resurrection, True Legend, The Banquet) is charged with bringing in a renowned piano tuner to apply his fine ear to their radio frequencies, only to find the real talent lies with his blind assistant He Bing (Tony Leung Chiu-Wai, Infernal Affairs, In The Mood For Love, Cyclo, My Heart is that Eternal Rose); his hearing acutely heightened by his lack of sight (rather like Daredevil, except without the red suit).

Brought into the 701 Unit, Bing quickly proves a success at tracking down the KMT’s new channels, but ascertaining the identity of their main broadcaster ‘Chungking’ proves more of a problem. As the relationship Bing and his handler Xue Ning gets more complicated, the never-ending conflict starts to take its toll on all those concerned…

Following on from contemporary but unrelated surveillance thrillers Overheard and Overheard 2, writer/directors Alan Mak and Felix Chong find themselves on familiar ground, this time transporting the theme to 40s China. But while the sumptuous production might look amazing – thanks to regular Benny Chan cinematographer Fletcher Poon (Connected, Invisible Target, Shaolin) and art and costume direction by Man Lim-Chung (Dream Home, Re-cycle, Confession Of Pain) – neither story nor characters truly engage.

Of course, Mak and Chong are rather victims of their reputation. It’s difficult (if not damn right impossible) to watch one of their films without expecting some sort of twist or reveal. In the secretive world of spies and espionage, where most are known only as a number, you can’t help but hold characters at a distance; mistrusting everyone’s feelings and motives. (And as it happens, reading way too much into what the reveal will be!) But Mak and Chong compound that by making all of their characters rather cool and unsympathetic. Based on the novel Plot Against by Mai Jia, his work has previously been adapted by Chen Kuo-Fu (Double Vision) and Gao Qun-shu (Beijing Blues, An Inaccurate Memoir) as the 2009 film The Message (also starring Zhou Xun), which by all accounts was much more successful.

Having lived her whole life as a spy, Zhang Xue Ning’s character makes complete sense. We get a real appreciation for what she has sacrificed, even having a family, to bear this heavy role. Zhou Xun plays this pitch perfect; how else could someone like this live? Tony Leung, however, gives a rather sub par performance as He Bing: his cockiness cutting the wrong line of arrogant to feel sympathetic. A possible romance between Xue Ning and Bing is diverted, as Xue Ning pushes him towards a relationship pretty co-worker Shen Jing (Mavis Fan). When you mistrust everyone, it’s hard to care enough to make their fate of any concern, and Mak and Chong don’t do anything to persuade you otherwise.

There are some effectively played scenes, such as when Bing avoids capture for a while through a busy marketplace, despite being blind. Two brutal murder scenes, deliberately echoing each other, are reminiscent of the murder scene in Lust, Caution. (Indeed, considering the casting of Leung the whole production has the feel of a grimmer take on Ang Lee’s film.)

Like most Chinese films, the actual politics are left far behind. This is portrayed as a necessary conflict, but you’re never given a reason to ask why – undoubtedly to prevent any audiences being put off from either side, this is still relatively recent, and definitely topical, history within China.

It all leads to what could be a flag-waving People’s Liberation Army rally, yet it becomes one of the films most poignant scenes as the makers show their real allegiance. Cast against the funeral of one of the major characters, the importance of individual sacrifice is played out against the state.

Rather than amplify the thriller aspects (a proper bit of pace or action wouldn’t go amiss), the filmmakers decide instead to wallow in melodrama. They’d get away with it too, if not for the aforementioned issue of characters you feel little for. Well made, it’s an okay film that could be so much better…

The Silent War is available on Hong Kong Blu-Ray and DVD from Mei Ah.

One thought on “The Silent War”