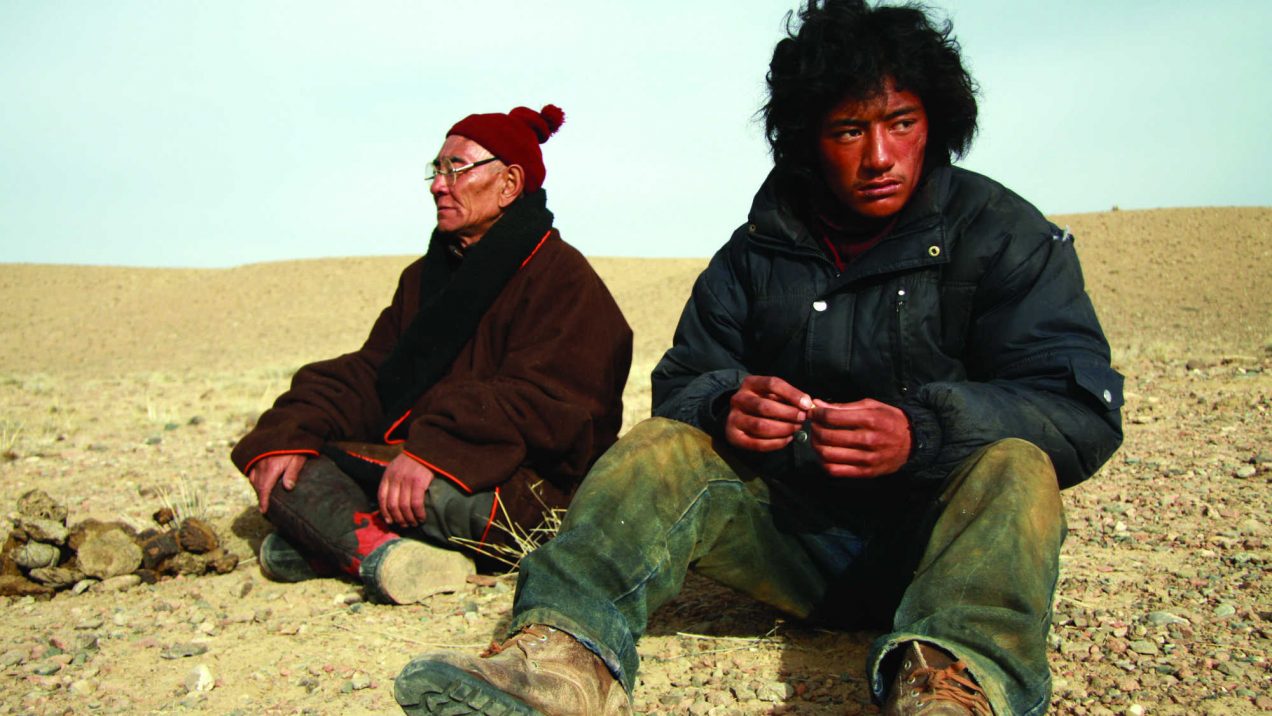 A stark, beautiful debut from cinematographer Sonthar Gyal. Could we be looking at the start of a true Tibetan cinema scene…?

A road movie of sorts, a young, obviously disturbed man (Yeshe Lhadruk) making his way back to his isolated village after a pilgrimage of redemption to Lhasa. He finds the bus ‘too fast’, getting off to walk he exposes himself to the harsh, burning sun and exhaustion.

He even shuns the companionship of an old man (Lo Kyi) determined to befriend him, even though the man is putting himself through exception discomfort for his age.

Eventually we learn the terrible accident that befell the young man’s mother, and why he feels he should pay such a penance. Can he come to terms with his grief?

Sonthar Gyal stunningly bleak landscape brings the harsh environment of Tibet to life. This really seems to have been a year for Tibetan cinema to be put on the map, quite literally from nowhere. Gyal’s previous work as cinematographer for director Pema Tseden, The Search and Old Dog, has created an industry that just didn’t exist. (The latter film also plays this year at the London Film Festival.)
Unsurprisingly, the unforgiving scenery of The Sun-Beaten Path has much in common with Lu Chuan’s Kekexili: Mountain Patrol. It’s quite unlike any other setting, dwarfing its occupants and overwhelming their significance. For Gyal these are Spartan landscapes, and even articulated vehicles look tiny within them.

I couldn’t help but draw parallels with another film screened this year at the LFF, Morteza Farshbaf’s Mourning from Iran. Another road movie of sorts, as the name suggests this again features a son coming to terms with the loss of his parents.

With fine performances, particularly Lo Kyi as the lively, weathered old man playing against Yeshe Lhadruk’s almost monosyllabic role, this is looking like one hell of a strong start for Tibetan cinema…

The Sun-Beaten Path was screened as part of the London Film Festival.