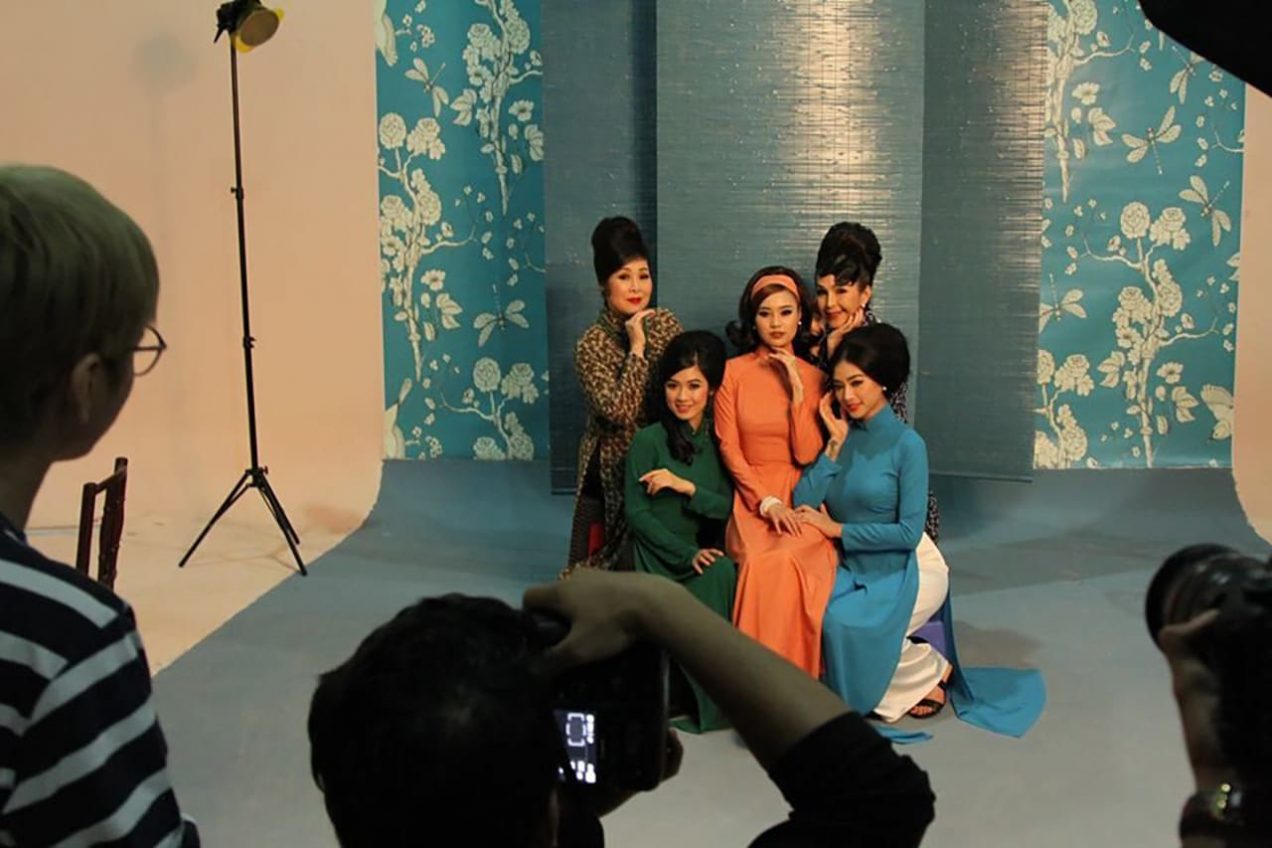 The idea for the story presented in The Tailor was electrifying – a tale about fashion and dressmaking tradition set in the South of Vietnam in 1969 and 2017, with the narrative focusing on the four strong, creative, passionate female characters. After the screening, the first impression still remains, but there is only one thing missing from the script that makes the story confusing – the fact that Cô Ba Sàigòn changed into Cô Ba Hồ Chí Minh City.

The Tailor follows the story of young Nhu Y, the hair to the prestigious tailor house Thanh Nu, that rejects the ao dai, traditional Vietnamese dress, which her family was making for generations. Instead, she is fascinated with Western 1960s fashion, which results in a family conflict, as her mother wants Nhu Y to continue the family business designing ao dai. When the girl tries on the dress made especially for her, she time-travels to the future to see the 60-year-old self and the ruin her choices made between 1969 and 2017. Nevertheless, with the help of a young friend to the family and his mother, Nhu Y accepts ao dai as her legacy and makes her dreams come true by completing her own fashion collection.

The film professionals involved in The Tailor chose a difficult task to achieve, which is popularizing the image of ao dai among the international audiences but, more importantly,  changing the local perception of ao dai from the female school uniform to modern, fashionable, empowering outfit. The classic Hollywood narrative structure used in The Tailor can work miracles, introducing the outsider that goes on the quest to realise that embracing the tradition is the only way to succeed.

The films biggest asset is the performances from the talented young actresses. Although Veronica Ngô plays only the supporting role of the mother, each time her presence dominates the screen, overshadowing other performers. The impression on her face completed by the elaborate hairstyle, thick black hair and old-fashioned eyeglasses on the leash highlights the character’s maturity, weariness but also passion and determination. Veronica Ngo also serves as the film producer and face of the new collection by Thuy Design House, that partly sponsored The Tailor and provided film costumes. Ninh Duong Lan Ngoc gradually transforms herself from the 1960s teenager to the young ambitious lady of 2017, her waywardness is replaced by hard work, but the strong motivation remains at the center of the character, only in the contemporary times she is given opportunity and tools to realise her dreams, the skills acquired in the past become her asset in the present. Nowadays in Vietnam young females are the majority of the cinema audience, demand for female-centred films is high. The young women need new role models to inspire them, show them the ways to live in the modern society, realise their dream and combine it with professional life. The Tailor completed the task well.

In Vietnam it is hard to wish for the film narrative to present and discuss historical background, but Vietnam War had been written into the pop culture through various images, songs, films, that it is hard not to expect from Vietnamese film partly set in 1969 to shortly revisit the times, that might provide more complex background for the characters in 2017 and shed more light on the daily life, fashion, music in Westernized Saigon of the roaring 1960s. It would be a chance to tell such story from the local perspective, avoid simplifying image of another decadent city just before the fall. Nevertheless, The Tailor avoids any mention of the past, except for the 1960s fashion, which in the same time tells a lot about contemporary attitudes of people living in Vietnam, a communist country drawn more and more to consumerism. The mixture of communism and market economy provides another link between Vietnam and China, as both countries economies grow stronger, the government is promoting nationalist sentiments among citizens – thus female national outfit Chinese qipao and Vietnamese ao dai is having its revival.

The story behind the production of The Tailor might also be an interesting one. The film’s sponsor, Thuy Design House, finds its reflection in the fictional HELEN fashion brand in the film narrative. The fashion designer, Thuy Nguyen, established the house in 2011, after completing her studies in Hanoi and obtaining a masters degree from Kiev Fine Art University. Thuy Nguyen herself becomes a role model for young females in Vietnam, also showing that there are multiple modernities and there is no pressing need to pursue only the Western one. Realising one’s own local legacy, transforming it according to times, staying true to oneself is just the message that The Tailor passes to the young generations in Vietnam, also changing the international perception of the country.

The Tailor screened at the 20th Far East Film Festival 2018.