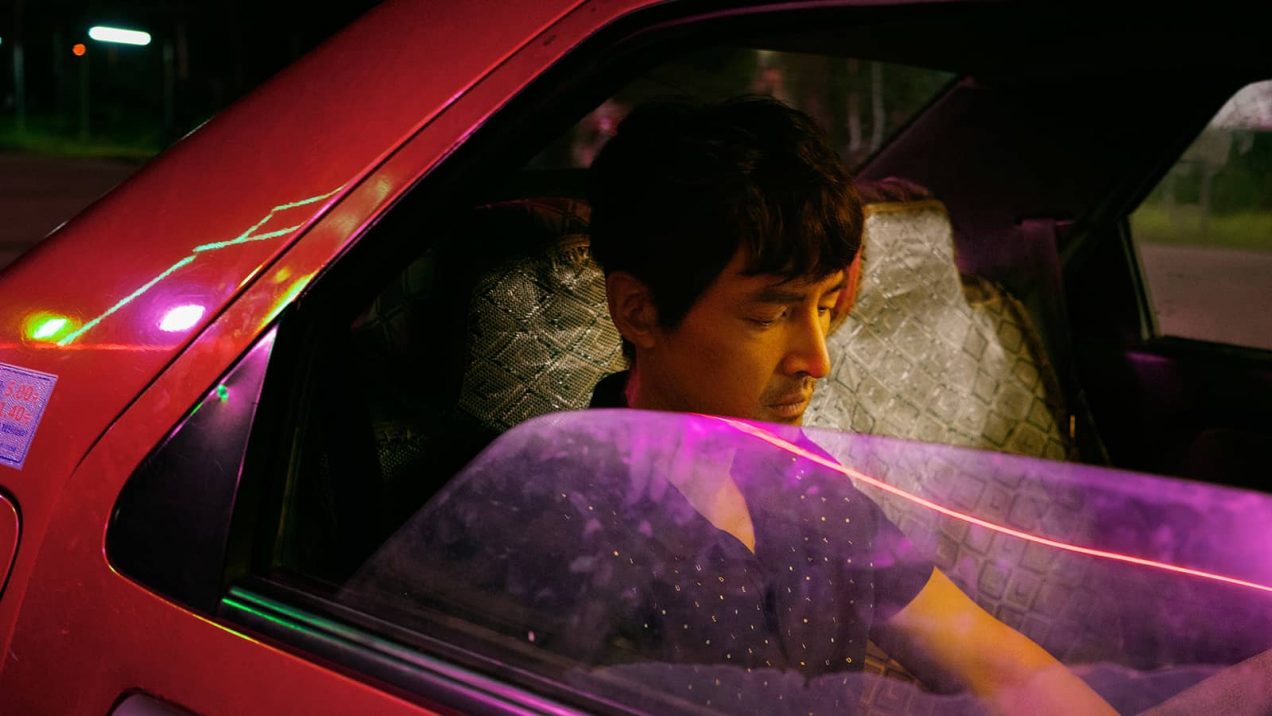 It’s been five years since the movie theatres have been graced by the presence of Diao Yinan’s Golden Bear winner Black Coal, Thin Ice. Since then the 2014 thriller had just kept gaining more and more admirers until finally the wait for his next movie was over and The Wild Goose Lake was screened last year at Cannes.

When that happened Diao Yinan’s latest wasn’t met with the same enthusiasm Black Coal was, there was no buzz around it, no speculation on it winning the Palme d’Or nor anything worthy of any other prize. Now that I’ve seen it I can understand why, The Wild Goose Lake surely is a step back.

Black Coal, Thin Ice had an enthralling plot, an amazing Liao Fan in the lead, and sharp teeth and terrifying claws out to impose a social critic so captivating it was as amazing as seeing fireworks in broad daylight, which is, by the way, its original Chinese title. It was a sight to see, especially on the big screen.

The Wild Goose Lake sees Diao Yinan’s calming down, it is much less nuanced than its predecessors, nonetheless, it hits some buttons right: the action gets boosted, the neo-noir atmosphere grows thick and despite not having much profound to say, it’s a suspenseful character driven story.

We don’t know much about the two main stars’ backgrounds. About Zhou Zenong (Hu Ge, 1911, The Climbers) we soon learn he is a respected gang boss in the area, someone with whom you should not mess around; Liu Aiai (Gwei Lun-mei, Flying Swords of Dragon Gate, Starry Starry Night) is one of the many “bathing beauty” luring the men on the beaches of the titular Wild Goose Lake.

Their meeting happens right away, in a station beaten by a merciless storm. Diao Yinan’s frames some distinctive details and then moves to explain why a prostitute and a gangster meet, but mostly why he’s not surprised nor preoccupied to hear she’s been sent there instead of his wife.

A couple of flashbacks answer, while organizing the areas in which the various families could freely operate their dirty business a feud was lit by a couple of the fieriest fiend Zhou’s had, and long story short, policemen got caught in the web and died, igniting a search and kill mission to avenge them by capturing Zhou.

So, why is Liu Aiai there? This I won’t write down, since her character is the most interesting of the two, the real one motivated by something and truly evolving in the few hours in which the events of The Wild Goose Lake happen. We quickly know what they do, but it takes two hours to understand her moves.

Is she a pawn, is she an independent entrepreneur? Whatever, good luck guessing Gwei Lun-mei’s bathing beauty intentions throughout the movie, the only thing that’s clear is that Diao Yinan’s knows what it wants you to see, and it is how horrifying and alienating her day by day life must be.

James Brown would sing it’s a man’s man’s man’s world, and she’s prey in the eyes of men.  The world shown is a micro-universe surrounding the Lake, a lawless land according to Liao Fan’s (Ash Is Purest White, Hidden Man) policeman where supposedly they wouldn’t have much power wearing their uniforms.

There lays Diao Yinan’s biggest social commentary in the movie: there’s absolutely no difference in the way both the police and the gangsters plan their activities. There are no boundaries and there is no state whatsoever watching over the inhabitants of the Wild Goose Lake adjacent cities.

Blocks have dumpsters in their courtyards, zoos are hiding places for criminals, the beaches are filled with prostitutes, the buildings are riddled with sweatshops, and rape can be committed in the middle of the street without major concerns by the people dwelling there. It’s abandoned in every way possible.

Unfortunately, these are like background matte painting to the main story and are quickly introduced before continuing the chase: gangsters and policemen both want Zhou, and us viewers cannot distinguish who’s who except when the violence abruptly asks for its due share of screen time.

We’ll never forget the umbrella scene for a while and that alone pays the ticket, not just because of the blood splashing everywhere, the whole set is directed with a quick pace and absolutely perfect editing.

Obviously we’re talking about Diao Yinan, who’s no Johnnie To nor he is Dante Lam’s long lost cousin, you won’t soon see him directing the sequel to Operation Red Sea. His action consists of bursts of violence and realistic falls, of slow camera movements following its running subjects.

Sometimes it’s a shadow that shows Hu Ge running away and not a handheld camera quickly following his steps, sometimes it just moves to capture two different moments at the same time avoiding a series of confusing cuts.

So, The Wild Goose Lake is not Black Coal, Thin Ice. It doesn’t matter, great movies don’t always have to be masterpieces to be remembered when we’ll all be dust in the wind, Diao Yinan’s knows his craft and will give you enough reasons to be happy to have gone to the theatres. You won’t regret it.