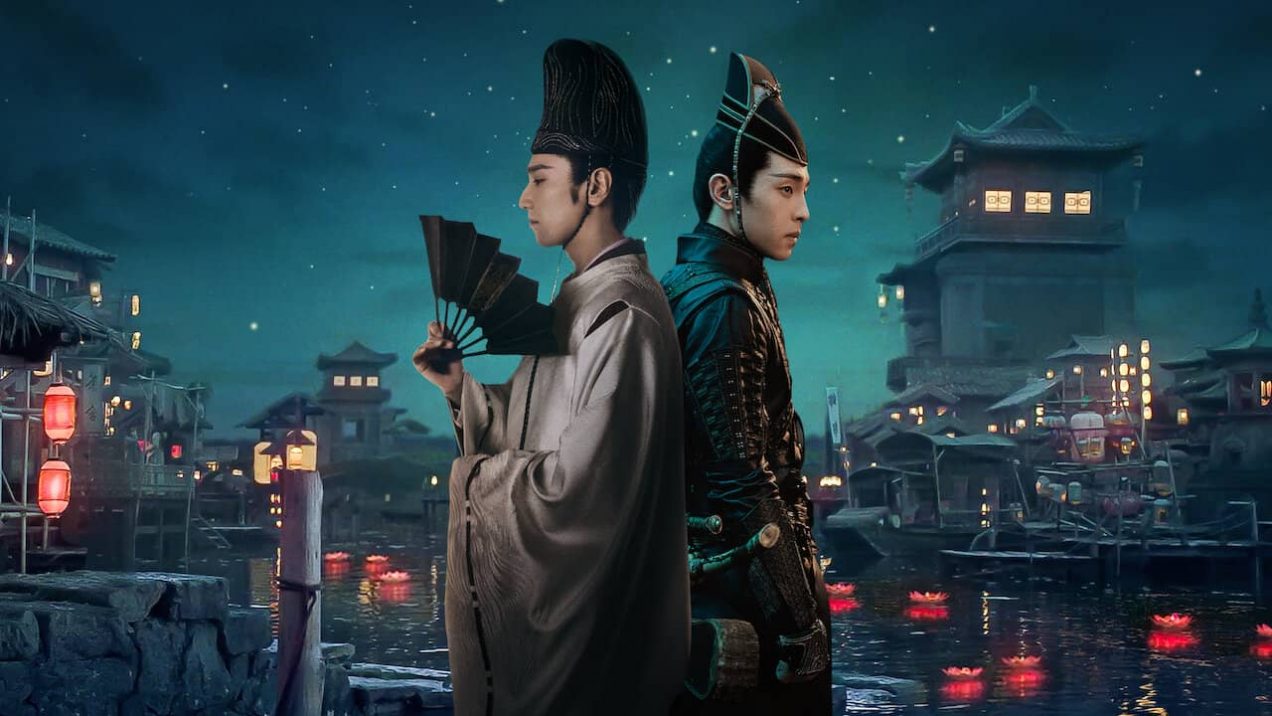 Although Netflix has been picking up an increasing amount of content from Korea and Japan, there hasn’t been a great deal in the way of Mainland Chinese films or TV, aside from the odd needlessly hard to find addition like The Wandering Earth or Shanghai Fortress. It’s interesting then to see the arrival of big-budget Chinese fantasy The Yin-Yang Master: Dream of Eternity on the platform, not least since the film was only recently released, and then mysteriously pulled from Chinese cinemas. This might have something to do with plagiarism cases brought against writer director Guo Jingming, a filmmaker best known for the Tiny Times and L.O.R.D: Legend of Ravaging Dynasties franchises – even though the plagiarism cases were historic and linked to earlier works, it’s clear that the situation hasn’t gone down well in the Chinese industry.

Based on the Japanese novel Onmyoji by Baku Yumemakura, the film stars popular Taiwanese actor Mark Chao (Saturday Fiction) as Qingming, who heads to the Imperial City to team up with other masters after an evil snake demon awakens. With his mother having been a fox spirit, Qingming is sympathetic to demons who also live in the human realm, while his new colleague Boya (popular TV actor Deng Lun) seems to begrudge them their very existence, and the two clash as they try to protect the Empress (Wang Ziwen, Cock and Bull). After one of the masters is murdered, it becomes clear that there’s something shady afoot, forcing Qingming and Boya put aside their differences and investigate.

Even without the shadow of plagiarism hanging over him, it’s quite obvious that Guo Jingming is only too happy to lift liberally from a long list of other films, and The Yin-Yang Master: Dream of Eternity is an entirely unoriginal and familiar work, with its themes, plot, characters and pretty much everything else recalling Painted Skin, The Four, Detective Dee and others – the latter in particular, since Mark Chao also played the lead in Young Detective Dee: Rise of the Sea Dragon and Detective Dee: The Four Heavenly Kings. On top of this, viewers would be forgiven for thinking at times that they were watching a Chinese remake of a Marvel blockbuster, with the Avengers films clearly having inspired some of the set pieces, and with the look, in general, being suspiciously similar to that of Doctor Strange, something which has been widely remarked upon by Chinese critics.

The film feels very predictable as a result, and Guo doesn’t really make much effort to shake things up or to build upon what could charitably be called his influences. Matters aren’t helped by the fact that not a lot really happens during the long two hours plus running time, and while the film isn’t slow or particularly dull, it’s surprisingly uneventful. Guo seems more interested in his characters hanging around and chatting, and in this respect the film feels a bit like one of his Tiny Times outings, something which not go down well with viewers expecting more action. Partly this is down to the film’s main villain, with the giant snake never really impressing or feeling very threatening, and the fact that it seems reasonably easy to defeat at the start means that the climactic battle when it returns isn’t exactly rousing – Guo’s Avengers borrowing becomes comically blatant during the final set piece, which is essentially a knock-off of the Battle of New York scene from the first film in the Marvel franchise, with a touch of Buffy the Vampire Slayer and the giant snake demon mayor (whose scheme was about as clear as the snake demon in The Yin-Yang Master) thrown in for good measure.

To be fair, The Yin-Yang Master isn’t actually bad, and these criticisms can be levelled at many, if not most of its type, and as much as anything it’s clearly a film which would have benefitted from being experienced on the big screen with a bucket of popcorn and a couple of drinks. If nothing else, it’s at least generally quite amiable, with Mark Chao and Deng Lun both on likeable form, and though their characters are strictly by the numbers, the film is at its best when they’re bickering or giving in to the inevitable pull of their manly bonding. Similarly, while the action and rooftop running scenes are derivative to a fault, Guo does a decent job of making them exciting, and the film packs in a lot of special effects, which vary from the impressive to the strangely shabby – a lot of the CGI clearly went on the swishing and whipping around of the casts’ hair, highlighted through lots of unintentionally amusing slow-motion shots, which quite possibly account for a fair proportion of the film’s length. Production values are high throughout, and film certainly looks good, with some impressive sets and costumes, and a stirring Kenji Kawai score adds an occasional touch of class, and all this does help to paper over the cracks to a certain extent.

Whether or not this is enough to make The Yin-Yang Master: Dream of Eternity a recommendation is another thing, though there are certainly worse examples of its kind, and the fact that it’s on Netflix makes it a easy option. Whatever might happen with the plagiarism case, Guo Jingming clearly needs to try something original next time, as offering up more of the same really isn’t going to work.

The Yin-Yang Master: Dream of Eternity is available to stream now on Netflix.