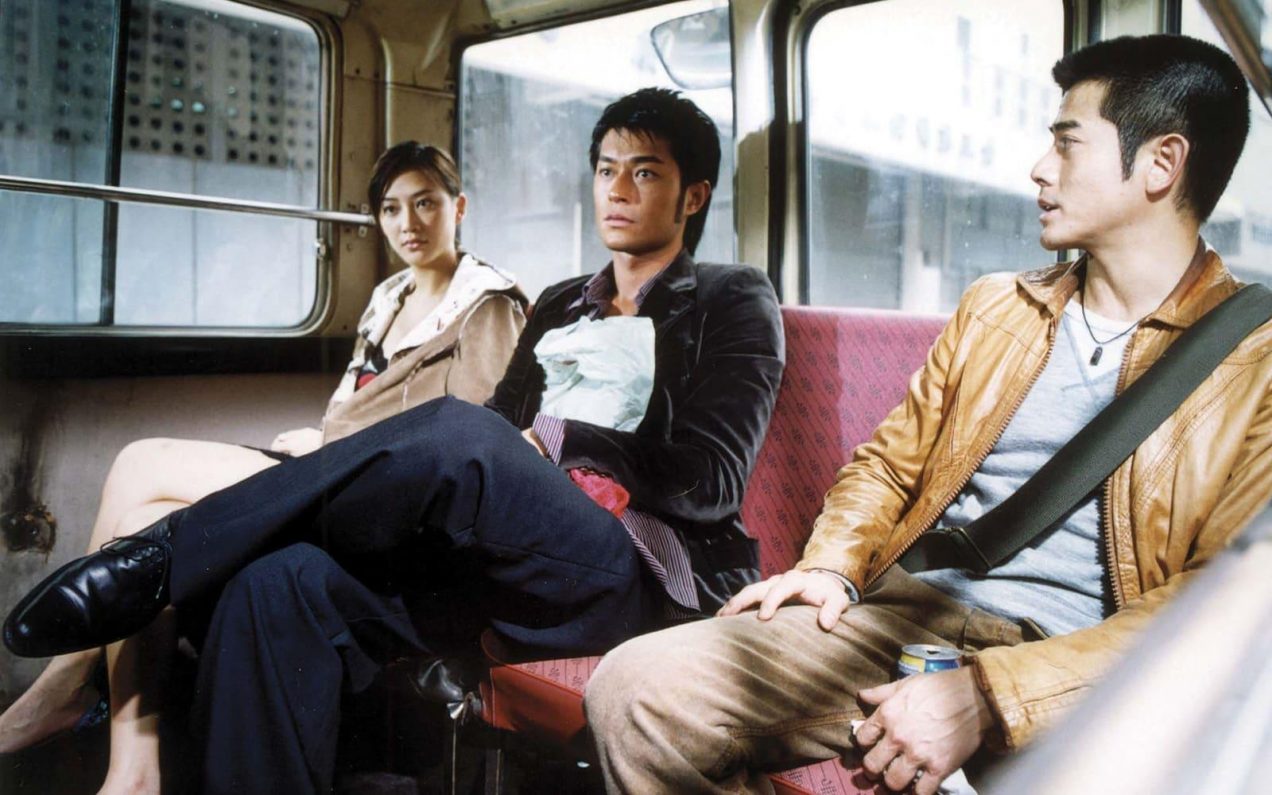 Originally released back in 2004, Throw Down has always stood out from the rest of legendary Hong Kong director Johnnie To’s filmography, no mean feat considering that he has been responsible for more than 70 films during his career to date, including an impressive number of undisputed classics. Described by To as being one of his most personal offerings, the judo-themed film is framed as a tribute to Akira Kurosawa, drawing from several of his works, and referencing his 1943 debut Sanshiro Sugata in particular. Boasting an all-star cast headlined by Louis Koo, Aaron Kwok, Tony Leung Ka Fai and Cherrie Ying, the film has remained popular over the years, perhaps in part due to its narrative elusiveness, and it now receives a new Masters of Cinema Blu Ray edition via Eureka!, with a 4K restoration, several audio commentaries and behind the scenes featurettes.

Louis Koo plays Sze-to Bo, a former judo champion who now runs a seedy karaoke bar, gambling and drowning his sorrows after having abruptly quit the sport for reasons unknown. Into his life comes a young challenger called Tony (Aaron Kwok), who seems determined to prove himself by defeating Bo, and Mona (Cherrie Ying), a singer on the run from her former manager and dreaming of moving to Japan, and he finds himself being drawn into their problems. Meanwhile, Bo’s long-time rival Kong (Tony Leung Ka Fai) appears, demanding that they finish a match Bo abandoned years back, and his old master Cheng (Lo Hoi-pang) asks Bo to help him save their dojo. As the reason why Bo left the judo world becomes clear, the paths of the various characters cross and wind around each other, leading to unexpected resolutions.

While Throw Down is rated by some as being amongst Johnnie To’s finest works, it’s easy to see why many viewers might find it a rather baffling watch, especially anyone expecting a straightforward martial arts or action film. Whilst judo is at the heart of the film, To is more interested in the meanings behind the moves, and the ways in which the fight scenes reflect the characters’ various journeys and inner struggles. Even taking this into account, it’s fair to say that Throw Down is an oddball, leftfield film, throwing together drama, action, comedy romance and more, with a script that’s frequently wilfully obscure, and a story which generally sees things simply happening, rather than being explained in the traditional manner. In the hands of another director this could have seen the film slip into pretentious abstraction, though To was clearly incredibly invested, and he directs with a masterful hand, weaving the different characters and their narratives together with poetic skill. Although it might not always make sense as such, the film is incredibly rich, with a surprising, though rewarding humanity in the finest Kurosawa style, and while calling it ‘philosophical’ might suggest ponderousness, it’s anything but, with To being equally comfortable and effective whether dropping in daft comedic moments or quietly hitting subtle emotional beats.

Shot by his regular cinematographer Siu-Keung Cheng, Throw Down is arguably To’s most visually striking film, with a beautiful use of light and shadow throughout, giving the streets and alleyways of Hong Kong a look that’s part strikingly theatrical and part noir romance. This gives the film an almost mythical feel, the gorgeous colours and set design reflecting the characters’ turmoil, and the production values are amazing from start to finish. When the fight scenes do come, they have the feeling of duels rather than brawls or kung fu battles, veteran choreographer Yuen Bun going for a pared-down, balletic approach and eschewing wire work or anything over the top. This fits perfectly with the rhythm of the film, and plays into To’s desire to explore the nature of the characters’ movements, and the ways in which this echoes their development.

More than fifteen years after its original release, Throw Down remains an incredibly accomplished and distinctive piece of work, and one which sees Johnnie To very much on top of his game. Beautifully staged, moving and thoughtful, it’s a rare example of genuine cinematic craftsmanship, and has a huge amount to offer patient and open-minded viewers, if perhaps not those hoping for something more in line with some of To’s more generic action films.

Throw Down is available now on UK Blu-ray from Eureka Entertainment’s Masters Of Cinema series.