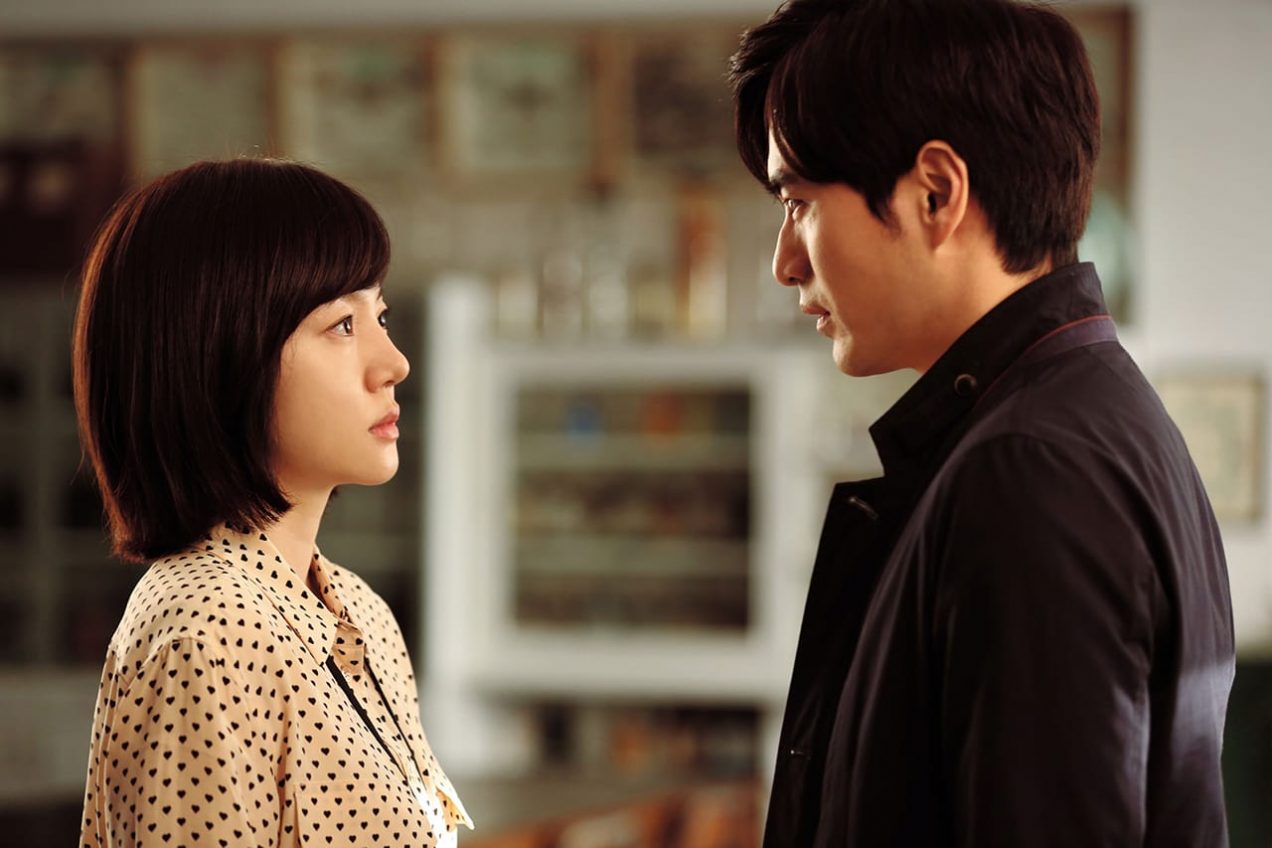 Director Kwak Jae-yong comes back to Korea with another love story, but set within a time-spanning crime thriller…

Director Kwak Jae-yong, quite frankly, is a bit of a sap. Not offending him in any way, but as the evidence states that in all of his films contain a melodramatic love story of some sort, he really is. From his debut years of the Watercolor Painting in a Rainy Day films to the worldwide critical acclaim he received with the 2001 mega-blockbuster My Sassy Girl and his expansion into other genres and other countries like 2003’s classical drama The Classic or the two 2008 films like the wuxia/rom-com My Mighty Princess or the Japanese sci-fi/time-travel film, Cyborg Girl. But since then, he hasn’t made much progress lately due to screenwriting-only duties like Tsui Hark‘s 2008 bonkers comedy All About Women, failed film projects like Yang Gui Fei, to his unfortunate nadir with 2014’s China rom-com, Meet Miss Anxiety. But now, director Kwak is back (I didn’t mean to rhyme, honest!) in Korea with another love story within a backdrop of a crime thriller for Time Renegades. Will this be a true return to form that made us love his work in the first place or will it start off a path that will end in eventual mediocrity?

During New Year’s Eve celebrations at Bosingak Belfry in Seoul, 2014 rookie detective Geon-woo (Lee Jun-uk) and 1982 high school music teacher Ji-hwan (Jo Jung-suk) suffer life-threatening injuries after both of them were trying to stop a thief. When all hope seems lost, a momentary power blackout brings both men back from the brink. Back in 1983, Ji-hwan has just recently proposed to his long-time girlfriend Yoo-jung (Lim Soo-jung), a sweet and intelligent science teacher working at the same school. While in 2015, Geon-woo has a laughable encounter with So-eun (also Lim Soo-jung), a headstrong and sassy woman who is a doppelganger for Yoo-jung and also a school teacher. What links both the men from the two time periods is that they both dream of each other’s points of view and the tragic. untimely death of Yoo-jung.

This is Kwak’s first venture into crime thriller territory and I am happy to say that he has done a fantastic job. The pacing, the action scenes (one involving an escape) and the foreshadowing (like a simple blackout) are all great. But the thing that really struck me when I watched the opening was how incredibly razor sharp the editing was. Considering the two time periods and an action scene that crosses the two, it is fantastic to see concise and clear editing supporting the story. What’s even more amazing is that the editing is so good that it nullifies one of the major flaws in director Kwak Jae-yong’s film-making. Usually, his works have bloated running times and the narratives have needless subplots and run longer than they should, so in the case of Time Renegades, it’s a miracle that Kwak learned his lesson and he immediately grips the audience from the very first scene.

After the bravura opening scene, Kwak wisely develops an emotional through-line with the three leads (or four, technically) gleefully letting loose with the thrills and it makes the film that much better as Kwak ensures us that the characters are worth caring about. He and screenwriters Ko Jeong-un and Lee Sang-hyun also create intriguing side characters that may or may not be involved with the murder of Yoo-jung. In 1983, Ji-hwan investigates people like Seung-beoum (Lee Min-ho), a rambunctious student and Hyung-chul (Jung Woong-in), a construction worker to an unnamed biology teacher (Jeon Shin-hwan) who might or might not have the eyes on Yoo-jung. We also have other distinct characters like Geon-woo’s sidekick (Lee Ki-woo) and newly-appointed veteran commander Lt. Kang (Jung Jin-young) who is haunted by the murder of his wife years ago. All the supporting characters are well-realized and well-acted and add a lot of spice to the film, especially when Kwak teases the audience by making all of them look suspicious that one of them might be the killer.

But let’s not discount the main actors here, who provide great work. Cho Jung-seok is easy to root for as Ji-hwan, as he shares fantastic chemistry with Soo-jung and has an every-man vibe that easily engenders sympathy (despite the pretty-boy looks). Lee Jin-wook is convincingly determined as Geon-woo, the rookie detective who becomes immersed in the murder case of Yoo-jung. But the MVP here in this film is Lim Soo-jung. Capturing my attention since her fantastic performance in the horror drama A Tale of Two Sisters and giving more performances of the like in films like the romantic drama …ing and the subversive rom-com All About My Wife, Lim destroys the male performances into oblivion with her dual roles. Playing Yoo-jung with brimming intelligence and sweet nature, she clinches the love story into place, ensuring that it works to immerse the audience. While her character of So-eun is so endearingly brash that it actually reminded me of Jeon Ji-hyun’s performance in My Sassy Girl. She even exclaims in a comedic manner to Geon-woo’s character whether he wanted to die, which had to be a reference to My Sassy Girl. It is just Jung’s performance alone that ensures that Time Renegades has a beating heart underneath its surrealistic narrative.

With all stories of this nature, there are flaws involving logic and plot and Time Renegades is no exception. Events in the past do change the line of time in the future, but there are some moments that would befuddle the audience. Fortunately, the film establishes its own logic that it rarely takes the audience out of the film. There isn’t even an explanation or long scenes of exposition of how the dream-sharing works, but it never truly matters to director Kwak, and neither should it matter to the audience, since the characters are the heart of the film. The cinematography by Lee Sung-jae is beautiful and clearly thought out, making the time periods easy to discern, while the score by Kim Jin-sung is effective, if emotionally overbearing at times. And for those who are expecting a film involving time-travel, which is implied by the title, will be disappointed, since it has no time travel whatsoever.

Time Renegades is a triumphant return-to-form as well as a great departure to new territory, melding his passion for love stories to the crime thriller genre with a killer premise. And with great performances, distinct characters, plenty of thrills and air-tight pacing, Time Renegades continues the roll of fantastic Korean cinema.