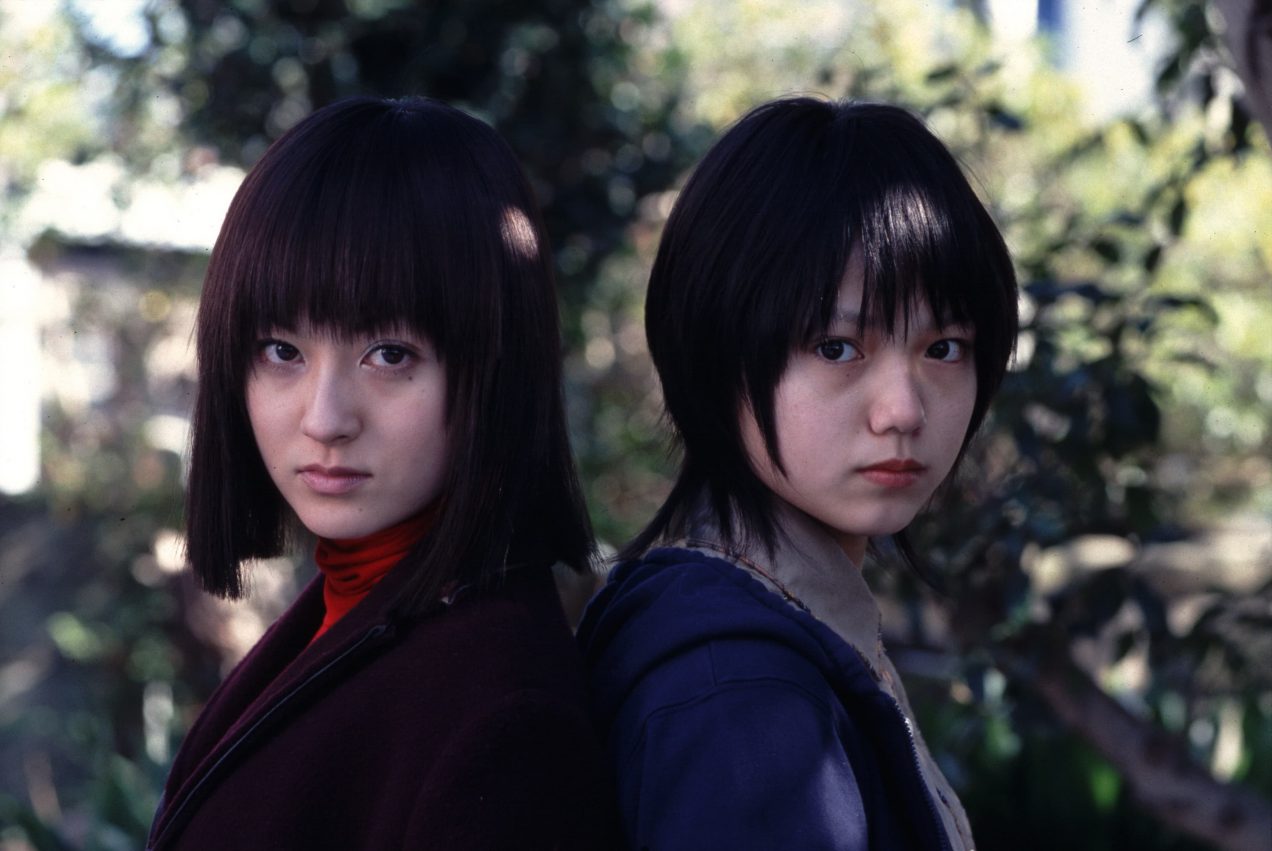 Tomie: Forbidden Fruit is the fourth in the franchise based on the Japanese manga by popular horror artist Junji Ito, whose unique talent also provided the inspirations for the films Uzumaki, Kakashi and many others. Forbidden Fruit is linked to its predecessors only through the titular demoness, and so newcomers who have a taste for half-hearted horror need not fear having missed any vital character or plot developments – though ostensibly stand-alone tales, the plots of all four films are virtually identical: Tomie, an undying, spiteful demon who takes the form of a beautiful young girl, appears and insinuates herself into the life of another girl, before wrecking her victim’s relationships and driving those around her to madness and murder.

In Forbidden Fruit, compared to the previous series entries there’s far more time spent on following Tomie’s generally dull and melodramatic attempts to take over her victim’s life rather than on the horrific consequences of her schemes. As a result, the film moves far too slowly and whilst not particularly bad, is ultimately too tame and unambitious to offer anything more than middling entertainment, even for genre fans or franchise completists. This is a real shame, as Tomie herself is an imaginative, interesting creation which has never really been given a film that did her considerable potential justice.

The plot begins in familiar style, as we’re introduced to shy school girl Tomie Hashitmoto (an early role for Aoi Miyazaki, who had just won awards for her work in Eureka and Harmful Insect), an artistic soul and a writer of homoerotic literature, who is bullied by her brutish classmates and lives alone with her down-trodden father Kazuhiko (played by prolific actor Jun Kunimura, who fans of Takashi Miike will recognise from the likes of Ichi the Killer and Audition). Into their quiet lives comes the evil Tomie (Nozomi Andō, Sakuya, Slayer of Demons), who immediately befriends her namesake, beginning a vaguely intense relationship which seems to verge on obsession and which flirts with queer desire. However, at the same time, Tomie sets upon seducing Kazuhiko, claiming to be a girl he loved many years ago, and who he thinks he had seen murdered. The demon uses the father’s growing lust to gradually ruin his poor daughter’s life, and things reach a climax when the demon offers the father an awful, yet tempting bargain, initiating a downward spiral of insanity and bloodshed.

This is basically the same plot used in the previous Tomie films, with the only twist being that this time the focus is chiefly on the relationship between a father and daughter rather than a couple. To director Shun Nakahara’s credit, he does flesh out this relationship reasonably well, and the film is given a fragile, human heart by the interactions between Tomie and her father. As the demon lurks around causing lacklustre mayhem, the way she and Kazuhiko gradually open up and learn to trust each other is genuinely quite touching, giving the horrific events of the film a realistic backdrop and lending them more impact than they would otherwise have had.

The relationship between the two girls is similarly well handled and believable, mainly due to solid performances from the female leads, especially from Nozomi Andō as the monstrous Tomie, who fills out the villainess role perfectly, giving subtle hints of her voraciously predatory nature without every slipping into standard wisecracks or high camp. Although not quite as memorable as Miho Kanno in the original Tomie, she does a good job of bringing the complex and interesting character to life, and almost manages to salvage the film from mediocrity.

Unfortunately, although his focus on the characters and their meandering domestic drama is laudable, Nakahara allows these elements to dominate the film, leaving little room for anything else. Given that Forbidden Fruit is supposed to be a horror film, this is an unforgivable crime, and one which pretty much sinks the proceedings, frustrating and boring viewers as they wait for something to happen. Although there are a few effectively creepy moments, mostly involving Tomie’s bizarre regenerative properties (which at times leave her as a living severed head, carried around in a baby carriage), they simply don’t come often enough to generate any feelings of excitement or real tension. By the halfway mark the viewer is all too aware that very little is likely to happen, no matter how many ominous touches Nakahara throws in, and so there’s nothing to truly engage the attention as it progresses.

As a result, Tomie: Forbidden Fruit comes across as being more of a teen-friendly angst drama than anything else, with only a few, almost begrudging, nods towards the horror genre. Perhaps if there were more to the plot than what amounts to fairly aimless character development then the film would have been more interesting, and could have worked as a dark slice of domestic drama, though as it stands, even dedicated fans of the franchise will be disappointed by what is ultimately a weak entry in a series which has arguably never lived up to the possibilities offered by its fascinating central character.