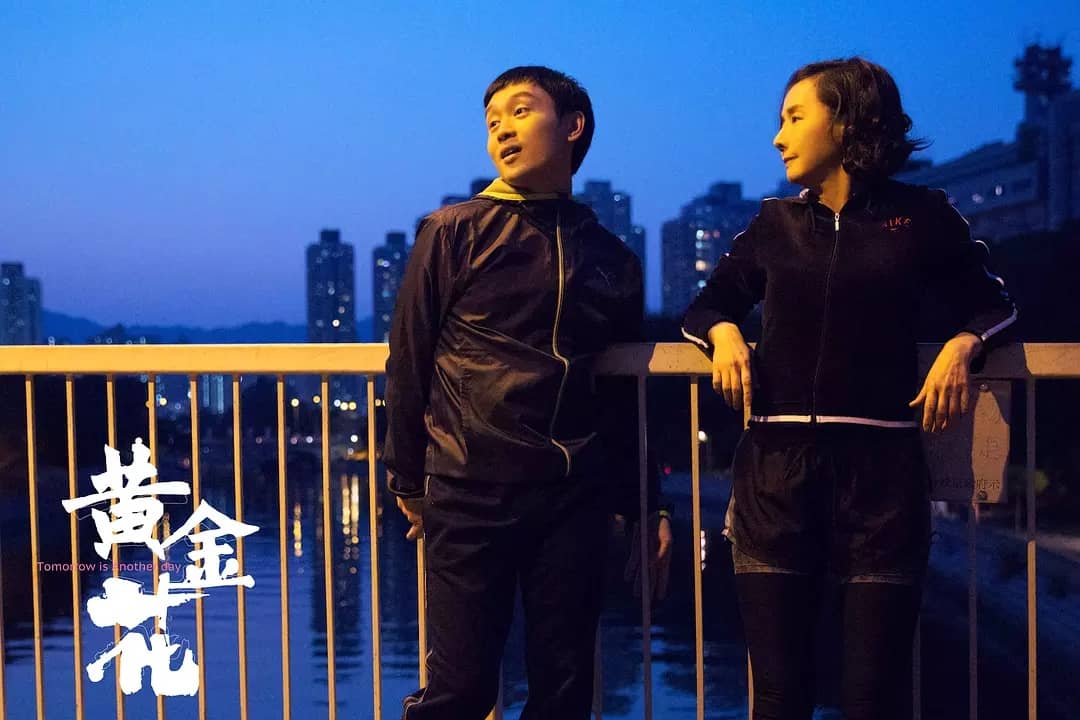 Wong Kam Fa (Theresa Mo) is an undemanding woman whose life revolves around the care of her twenty-year-old autistic son, Kwong (Ling Man Lung), in the midst of Hong Kong’s urban confinement.  From this simple premise, writer/director Chan Tai Lee’s Tomorrow is Another Day hopscotches between genres and tones in a whirlwind story that, while not always cohesive, largely works as an engaging and unique family drama.

In an introductory documentary-like segment, Kam Fa refers to her son and her husband as her “2 bosses,” and the following scenes show this to be no exaggeration.  Her daily routine is tethered to her unhappy husband (Ray Lui) and the developmentally delayed and severely autistic Kwong.  When she begins to suspect her husband of having an affair with one of his driving school students (Bonnie Xian), what began as a family drama about life with an autistic child becomes something much stranger.  From Hong Kong action movies to murder plots to selling ice cream, it’s near impossible to figure out the next move for Kam Fa and her son as she tries to find an answer to her hopelessness.

Theresa Mo is incredible as Kam Fa Wong, a role for which she took home the Best Actress awards at both the 2018 Hong Kong Film Awards and the 2018 Asia-Pacific Film Festival.  She mixes real warmth and exhaustion in her relationship with Kwong, whose difficulties in communicating make every tender touch worth much more than words.  When a smile finally cracks through her defeated expression towards the end of the film, it feels earned in a way few other family dramas manage.  Ling Man Lung as Kwong is the other standout amongst an already solid cast.  While I cannot speak to the authenticity of his portrayal of severe autism, his performance is brilliantly filled with a tenderness for his family and a hidden understanding for their troubles.  He does not play his character’s challenges for cheap laughs or saccharine melodrama, but with believability and realism.  His recent win at the Hong Kong Film Awards for Best New Performer speaks to the fresh talent he shows here.

Tomorrow is Another Day bounces between documentary, drama, comedy, and revenge thriller without much care for tonal consistency.  The result is an uneven story with a few scenes that do not make a whole lot of sense.  For instance, the kindly homemaker Kam Fa inexplicably knows exactly who to talk to find a shady operation to smuggle her across the water to the mainland (context is everything in this movie).  At first, the smuggler “Aunt Keung” is cold to her pleas, but quickly warms up to the Wongs after it is revealed that she shares a similar relationship with her disabled son, who even happens to have the same snack preferences as Kwong.  Coincidences like these crop up in a couple other spots in the story and clash with the genuineness and believability of the family drama elements that play out in the Wongs’ tiny flat.

Cinematographer Radium Cheung previously worked as cinematographer for Sean Baker’s Tangerine (the “shot on an iPhone” surprise of 2015).  Here, he sticks close to a more traditional style of camerawork, with a few drone shots and creative flashbacks to break up the otherwise understated look.  The desaturated and washed out palette is well-suited to the concrete mammoths that are housing complexes of Hong Kong, creating a depressing cage for the Wongs, while the small moments of colour in the beginning and end bring a bit of hope to their lives.  The only visual nit-pick is the frequent use of slow-motion that, due to some technical decision, ends up stuttering and choppy instead of smooth and poignant.

First-time director Chan Tai Lee previously worked as a writer for 2015’s Ip Man 3 and 2014’s The Monkey King.  Tomorrow is Another Day attempts to cover a lot of ground in its plot and themes, but feels its most genuine when dealing with the challenges faced by parents raising an autistic son in a culture that doesn’t always understand the disorder.  Early on, Kam Fa is told that another woman thinks she “gave birth to Kwong because of bad karma.” Moments like this strip away the plot to reveal the point of it all – that the struggles of families like Kam Fa and Kwong are all too easily brushed aside without an attempt at understanding.

Tomorrow is Another Day screened as part of Five Flavours Asian Film Festival 2018.