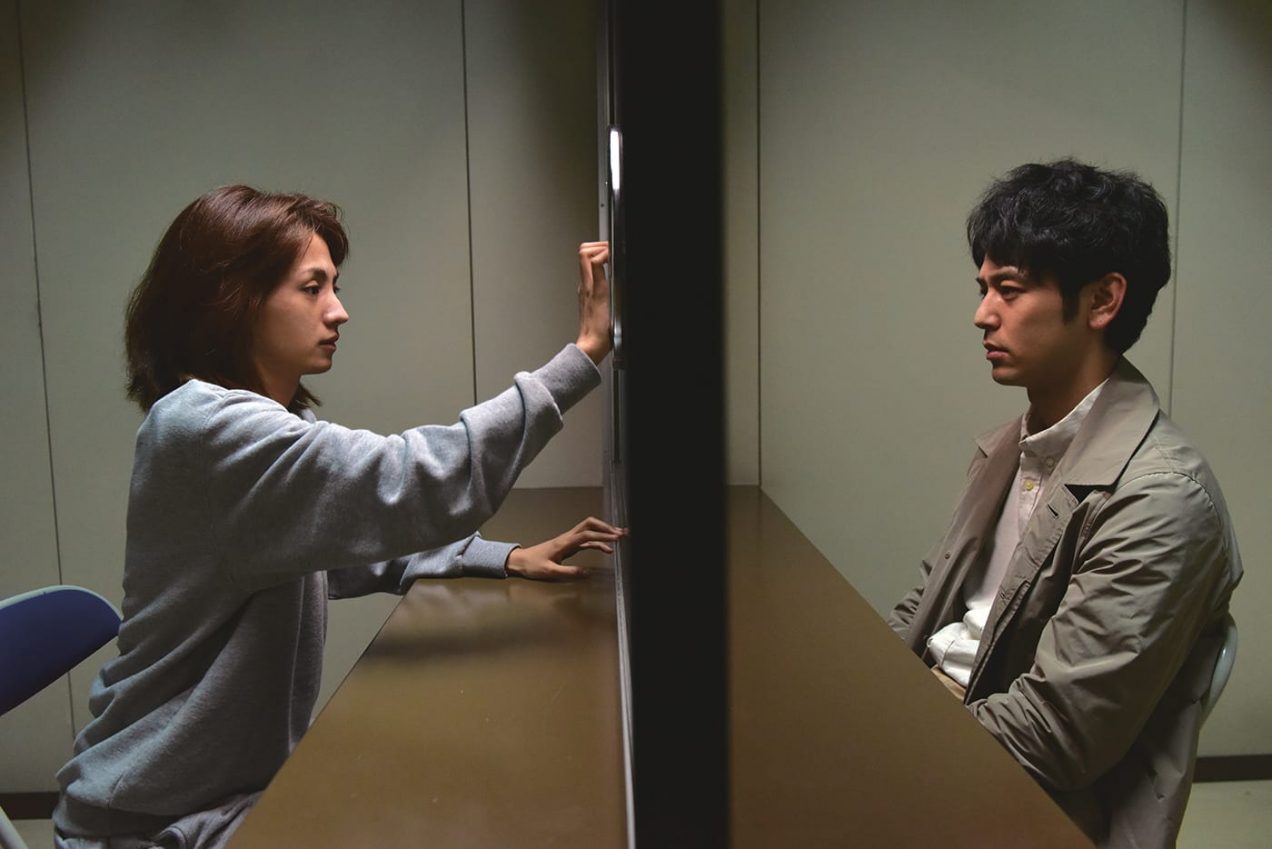 Kei Ishikawa previously directed short films Dear World (2008), It’s All in the Fingers (2010) and Conversation(s) (2013). It’s All in the Fingers (2010) was nominated for the Best Short at Warsaw International Film Festival. In 2016, he made his debut feature film Traces of Sin, which was nominated for the Venice Horizons Award at the 2016 Venice International Film Festival. Based on the novel Gukoroku by Tokuro Nukui, the film looks into the ‘ideals’ in the eyes of society versus the reality within families, close friends, and enemies. The film includes well-known stars Satoshi Tsumabuki (Rage, The Magnificent Nine, What a Wonderful Family) and Hikari Mitsushima (Love Exposure, Death Note, Summer’s End).

Tanaka (Satoshi Tsumabuki), an investigative journalist for weekly magazine, takes his mind off after his visit at prison by covering the Tako family murder case which is unsolved for a year. While interviewing the witnesses related to the murder case, he is asked by his lawyer as to how his sister left her daughter Chihiro alone, with lack of Mitsuko’s motherly care, that lead her to be in the hospital. The dialogues and stories from each witness, slowly reveals the truth about the Tako family.

Director Kei focuses on the dialogue between characters in detail while arranging each scene accordingly that unravels the mystery behind the unsolved murder case. Together with novelist Tokuro Nukui and writer Kosuke Mukai, they take the novel’s storyline into consideration while writing the script for Traces of Sin without missing important plots and characters’ conversation. They put a lot of emphasis on detailed conversations between characters to make them closely related to the Tako’s family murder case and Mitsuko’s lack of care for her daughter. Their conversations lead me into shock with thrills and chills.

The secrets about elite salaryman Hiroki Tako (Keisuke Kode) and his wife Yukie Tako (Wakana Matsumoto) are slowly revealed about how they treated the witnesses badly back in their university and working life days. These scenarios tackle how the ideals are not true in reality in current Japanese society. The murderer is slowly revealed towards the end of the film as the person explains how the family was killed in detail, word-by-word. In relation to Chihiro’s case, Tanaka and Mitsuko revealed their harsh childhood pasts to their lawyer. The explanations left me frozen to my seat. Another shock comes with the final scene. By the time the film ends, my mind went completely overwhelmed by shocking secrets about the ‘ideal’ Tako family, Tanaka and Mitsuko.

The choice of background sounds add nicely for selected thrilling scenes. The classical music plays at the opening and closing scene on the bus presents the current Japanese society. There are the people chatting away with the smiles on their faces while Tanaka is in a gloomy mood. In the scene where Mitsuko’s is in the cell room, the eerie sounds add in the chills as the ghostly hands wrap around her that represents her dark past haunts her.

Satoshi does splendidly well even when he shows little expression on his face. Surprisingly, he portrays the depressive emotions after seeing Tanaka as the serious person in covering Tanaka family murder case. It was unexpected as the secrets impacted Tanaka’s mind and emotions. Hikari maintains her emotions psychologically as she relates to how Mitsuko has gone through since her childhood and university days. The build-up characterizations of their own characters support them in showcasing their acting ability through portraying their emotions with emphasis on how their dialogue is conveyed in the film.

Kei’s debut film Traces of Sin leaves my mind in shock and speechless. Each scenario, past and present, of the witnesses whom Tanaka has spoken with them interlink well with the truth behind ‘ideal’ Tako family. It’s not confusing as the witnesses explain in detail without missing any facts related to the unsolved mystery case. At the same time, Kei takes us through in understanding Tanaka’s and Mitsuko’s pasts while linking back to Tako family murder case. Trace of Sin is a brilliant adaption from the novel, especially in how it captures the detail and depth of conversations between every character in the story.

There will be a Q&A session with director Kei Ishikawa following the screening at the New York Asian Film Festival 2017.

2 thoughts on “Gukoroku – Traces of Sin”