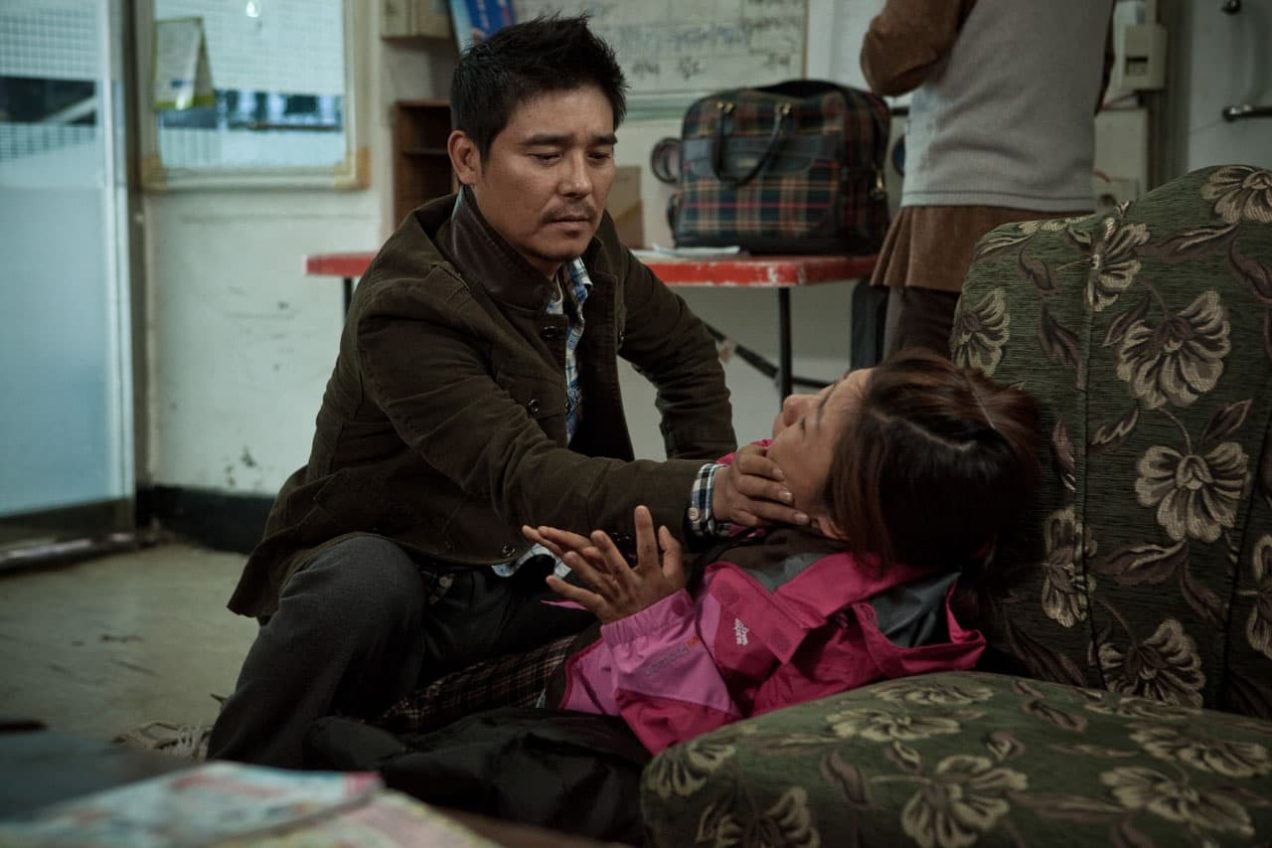 The gruesome subject of organ theft has been particularly popular in Korean cinema during the last couple of decades, ripped from the headlines style tales of unfortunate people having their vitals forcibly removed having made for a number of very effective chillers over the years. Though the theme might not have been new, with Traffickers debut writer director Kim Hong-sun (who went on to helm genre films like Metamorphosis and The Chase) offered a different spin, playing out the story with one of the smugglers as his protagonist. The criminal in question is played by Im Chang-jung, in a massive departure from the goofy comedy roles in Sex is Zero, Shotgun Love and others that he made his name in, joined by up and coming actor Daniel Choi (The Beast) as a man whose wife is snatched for harvesting, with Oh Dal-su (Oldboy) and Jo Yoon-hee (Doomsday Book) in supporting roles.

Im plays Young-gyu, the former head of an organ trafficking gang who has of late been trying to keep his hands (relatively) clean. After his unrequited love Yoo-ri (Jo Yoon-hee) falls into dire financial trouble while struggling to arrange a transplant for her sick father, he reluctantly agrees to one more job, pulling together his old gang for a complex scheme that involves snatching a wheelchair-bound young woman (Jung Ji-yoon) on a cruise ship heading for China and removing her organs before the ship docks. Although things initially go according to plan, her husband Sang Ho (Daniel Choi) soon realises that something is very wrong, and starts a distraught search of the ship for his missing wife.

Traffickers certainly has a cracking premise, the cruise ship making for a claustrophobic and creepy location, and the idea of a man frantically scouring its labyrinth of corridors and rooms while his helpless wife is probably being cut open somewhere nearby is rife with suspenseful possibilities. There’s a real sense of ominous dread throughout and of the clock ticking down, the viewer being kept on tenterhooks as to whether the poor woman will indeed end up sans-organs, and as such the film makes for a gripping and occasionally surprising ride. Big twists are very much the order of the day, and without giving anything away, the film does undergo a couple of leftfield shifts towards the end, at least one of which is likely to knock most people off-balance. Although ultimately manipulative, over-reliant upon coincidence and making (very) little sense upon reflection, with several massive glaring potholes, it’s a bold piece of cinematic sleight of hand, and one which successfully keeps the audience breathless for most of its efficient running time. Despite only having worked on television before, Kim Hong-sun impresses with his debut, showing the commanding genre confidence seen in his later works, and his Best New Director prize at the 33rd Blue Dragon Film Awards was well-earned.

The decision to have an organ smuggler as a protagonist is a similarly effective and intriguing move, and Kim certainly does a great job in keeping the film firmly in a state of moral bleakness, taking the viewer to some very dark places indeed, with plenty of unpleasant and gory scenes thrown in to hammer this home. While the film does pull back from going too far, Kim thankfully holds his nerve, and there’s not too much effort made to make any of the characters sympathetic, the script winning points for a genuine sense of desperation and wretched humanity. Im Chang-jung is surprisingly effective and believable in the lead, quickly banishing memories of his usual wacky antics and showing real dramatic talent in a difficult and often repugnant role. The supporting cast are similarly strong, Daniel Choi in particular putting in an entertaining turn as the unfortunate husband, and the film definitely receives a boost from the overall high quality of acting.

Though its bizarre twists may make it a bit hard to take as seriously as its subject matter would suggest, Traffickers is nonetheless a very enjoyable and frequently hard hitting thriller that comes highly recommended. Kim Hong-sun is a fine genre filmmaker, and there’s a great deal of grisly and amoral fun to be had here for audiences untroubled by issues of sense and coherence.