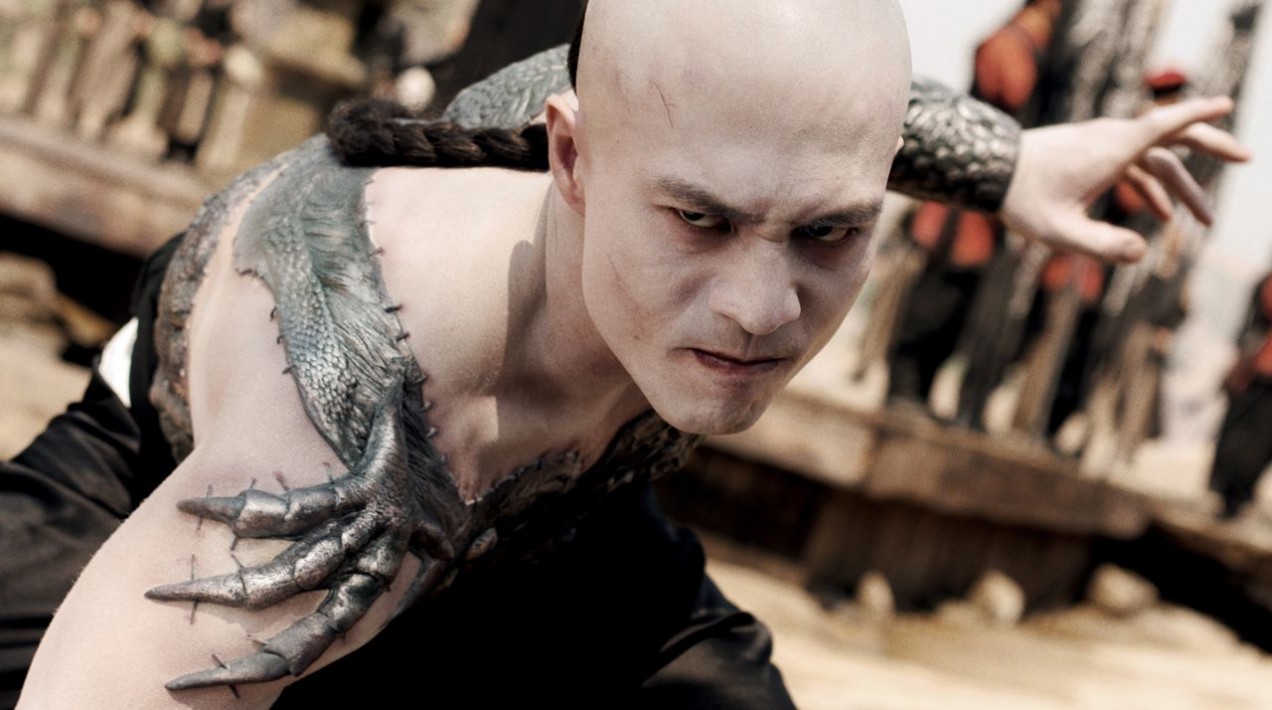 Ten years from now, audiences will look on movies from this time and wonder why everyone keeps pointing things right at them. Either that, or we’ll only be watching films in 3D and wondering why we ever watched anything else. (That’s what the film and electronic manufacturers hope anyway – me, I’m not convinced.)

But weirdly enough that’s actually perfectly natural in a Hong Kong movie. For instance, imagine if we’d had 3D when Chow Yun-fat faced Simon Yam in that nightclub in Full Contact, how great would that have been? Hell, that scene’s still better than what most current attempts with far more sophisticated (read expensive) 3D effects have to offer.

Yuen Woo-ping – the celebrated action choreographer of Crouching Tiger, Hidden Dragon, The Matrix, Kill Bill Vol.1, Kung Fu Hustle and The Forbidden Kingdom (for which he also got a producer credit – kids film it may have been but it still had some of the best fight scenes around!), as well as director of Tai Chi Master, Wing Chun, The Red Wolf, and Iron Monkey (to mention but a few) – finally returns to the directors chair, some 14 years since Iron Monkey 2. (Not including his television work on the TV version of The Tai Chi Master.)

Sadly, the result is a little mixed… (be warned, this review may contain spoilers!) 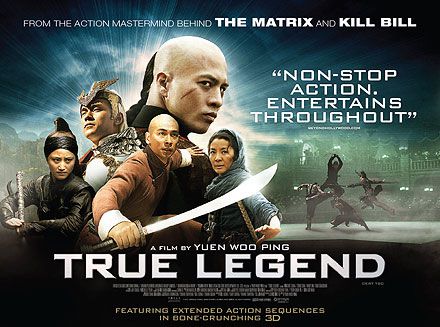 Yuen Woo-ping returns to the theme of Beggar Su (or Beggar So), Su Chan, the wushu master, creator of Drunken Fist and member of the legendary martial artists the Ten Tigers of Canton. The first film starred his father, Yuen Siu-tien (or Simon Yuen) as the eponymous Drunken Master teaching an impetuous young Wong Fei-hung (played by Jackie Chan). Alongside Snake In The Eagle’s Shadow, which featured the pair playing similar roles, it launched Jackie’s career and turned him from a Bruce Lee wannabe to a star in his own right with a very comic take on martial arts.

Yuen pioneered the theatrical style of his Peking Opera upbringing, utilising cameras to show close hand work that would become his trademark. The attraction to the organic and theatrical, even comical style of drunken fist never subsided though.

Years later he returned to the theme with protégé lead star Donnie Yen for Beggar So (or Fist Of The Red Dragon), telling the story of how he invented the style. And now, he’s returned for a very different take on Su’s (or So, sorry!) life. This time with Vincent Zhao (aka Chiu Man Chuk, Fong Sai Yuk, The Blade, The Black Sheep Affair) taking the lead and himself making his first return to the big screen from his TV work in some time. The role was also played by comedian Stephen Chow (Shaolin Soccer, Kung Fu Hustle) in the film King Of Beggars.

Su Chan is an honourable and fearless warrior, but all he really wants is to set up his own wushu school and spend his life with his beloved wife Yuan Ying (Zhao Xun). Unfortunately fate has something else in store for him.

His brother-in-law Yuan Lie (Andy On, Three Kingdoms: Resurrection of the Dragon, Mad Detective), brought up as part of his own family, has smouldered a hated for Chan and Chan’s father (who killed his own) for many years. When the time comes for Yuan Lie to exact his revenge, it tears his family apart. Su and Yuan only just manage to escape, but leave behind their adored son with the clearly deranged Yuan, driven mad (and rather pale) perfecting his real fathers’ Five Venom Fingers style.

In the mountains they find Sister Yu (Michelle Yeoh, Reign Of Assassins, Wing Chun, Crouching Tiger, Hidden Dragon), a medical practitioner who nurses Su back to health. Su becomes obsessed with training himself back to a level to face Yuan and get his son back, and unsurprisingly goes a little mad in the process, seeing visions of an old sage (Gordon Liu, The 36th Chamber Of Shaolin, Kill Bill Vol. 1 & 2) and the God of Wushu (Jay Chou, The Green Hornet, Initial D, Curse Of The Golden Flower, Kung Fu Dunk).

But hey, have we gotten to the bit where he invents Drunken Fist yet?

The pacing of True Legend is rather odd. It takes an awfully long time absorbing us in the events leading up to the expected, but fantastic showdown between Su and Yuan. Despite the films initial, historical drama setting, by this stage the film has become rather old school kung fu, more Chang Cheh than Peter Chan (which I rather like!), with Yuan resembling the Shaw Brothers eunuch villains of old. Strangely there’s even a hint that Yuan’s love for his sister is more than a little incestuous.

And then it just hangs around rather awkwardly, realising that it hasn’t actually told us how Su invented the style that made him famous. In a fairly predictable manner Su gets involved in a tournament, rather like Fearless (which Woo-ping choreographed) or Ip Man, and faces up against merciless Russian wrestlers who all happen to look like they’ve just escaped from one of those American Wrestling shows.

And what about the 3D? Well, that’s a bit disappointing too. The 3D effect is not used for much at all, despite most of the film being shot in such a way that it could use them. (As I said, it’s a Hong Kong movie, after all.) But perhaps that’s just as well, as the way the effects are applied are pretty shocking. There’s no proper depth, just layers clumsily applied –background, person, foreground – with no thought to when the person is touching the background. The layers are flat, an it ends up being distracting, if anything, from the great work Yuen does on the choreography.

And there is plenty to enjoy on that side of things. The fight scenes are the one thing that do not let fans of Woo-ping’s work down. Here he combines wire fu (great you can CGI those wires out now, ain’t it?) with weapons and close hand work.

It’s not just the plotline that tips the hat to old school kung fu either, with the casting old friends and leads like Michelle Yeoh (making something of a return to martial arts films), Gordon Liu and David Carradine as ringmaster of the Russian wrestlers, in what must have been his final film appearance.

The cinematography by Zhao Xiaoding – best known for his work with Zhang Yimou, including House Of Flying Daggers, Curse Of The Golden Flower, Riding Alone for Thousands of Miles and A Woman, A Gun and a Noodle Shop – is beautiful, though like most films nowadays relies too much on CGI for certain scenes, and the film has the assurance of an expensive looking production.

Neat with the 3D gimmick perhaps, but if there’s ever a great 3D kung fu movie then this won’t the one that’s remembered. Without them True Legend isn’t a bad film, but feels like two very different movies that don’t quite come together.

The film will be released by Optimum Home Entertainment on 2D DVD, Blu-Ray and Digital Download from 25 October.