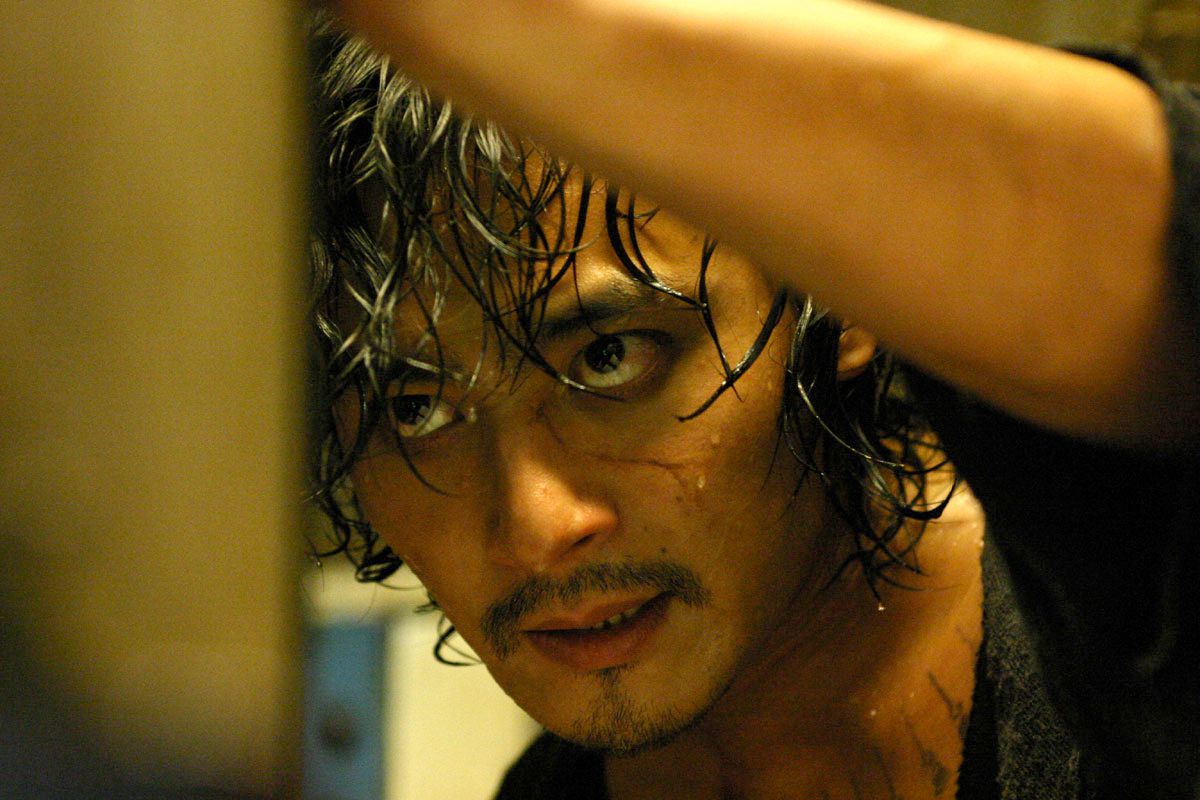 A well-made but rather predicable and simplistic Korean action thriller…

A seemingly timely release for late August – well, there was bound to be a devastating hurricane going on somewhere – Kwak Kyung-Taek directs an old school action film that jets around loads of glamorous locations, yet still manages to be pretty run-of-the-mill.

Long ago Choi Myeong-sin’s (Jang Dong-Kun, The Promise, Nowhere To Hide, The Coast Guard, Taegukgi) entire extended family was killed attempting to find asylum in South Korea from the North. Since then Sin has planned his revenge on the South, whom he feels betrayed them, and plans to use nuclear devices stolen from an American cargo ship to do the job for him.

Former Navy Seal Kang Se-jong (Lee Jung-Jae) is the government agent hot on his trail, eventually tracking down Sin’s last remaining relative, his older sister Choi Myeong-ju (Lee Mi-yeon, Whispering Corridors, Addicted), to Vladivostok. There plans to try to calmly try talking Sin out of his plans are scuppered when he is double crossed by Japanese agents keen to avert the upcoming catastrophe.

The scene is set for Kang and his team to attempt to stop Sin’s ship from releasing it’s lethal cargo into the centre of a torrential typhoon that will take it directly to South Korea, and the proverbial one-on-one showdown to save it.

Kwak Kyung-Taek’s (Mutt Boy) film jets around the globe like an old school Bond movie, taking in exotic locations like Russia and Thailand, though Typhoon’s one-dimensional plot making even the most lacklustre Bond seem sophisticated. Overbearingly nationalistic in tone, the second half drops the ruthless mercenaries backdrop in Thailand, reminiscent of Apocalypse Now, and instead goes a long way towards making Sin both sympathetic and ultimately, even a little heroic. (It transpires that Sin never even armed the devices!)

The nuclear theme can’t help but pick up on everyday fears in South Korea about the North’s increasing threat of arming themselves against the West. In that respect, it’s rather interesting that it becomes the Americans, still occupying the South, who become the villains. First 20 years ago by refusing entry to Sin’s family, then in the present by illegally trafficking nuclear cargo in Korea’s waters, and then by sending a submarine to blow-up Sin’s ship and clean up the mess they helped create before any other governments find out.

Veering off towards the sentiment, Kwak’s script picks up on the universal theme of a united Korea, as explored far more believably (and enjoyably!) in Shiri and JSA: Joint Security Area. Kwak lacks those films gritty bite that helped make the commendable sentiment palatable. Instead it’s all rather evocative of the sort of movies made in Hong Kong shortly after the handover back to China, before they realised that they didn’t have to try and appease the new regime.

The production is good and the action well filmed, but the slick, unadventurous fight choreography and uninspired gun battles seem more akin to what you might find in a Western action movie – it lacks that ‘wow’ factor that even the most rudimentary of Asian films manage to acquire.

Kwak’s film is also victim of the curse of western actors in Asian films, with performances flat as a Secondary School play. Shame, considering Jang Dong-Kun’s fantastic performance in the role of Sin, though limited by the script. Even Lee Jung-Jae is pretty good, though you’d be far more likely to remember his work as a model.

To be fair this is not a bad movie overall – it’s just that you might be expecting something a little more from a Korean production.

This two-disc edition features a very good transfer of the movie, and includes a making Of Typhoon featurette, cast interviews and production diaries.