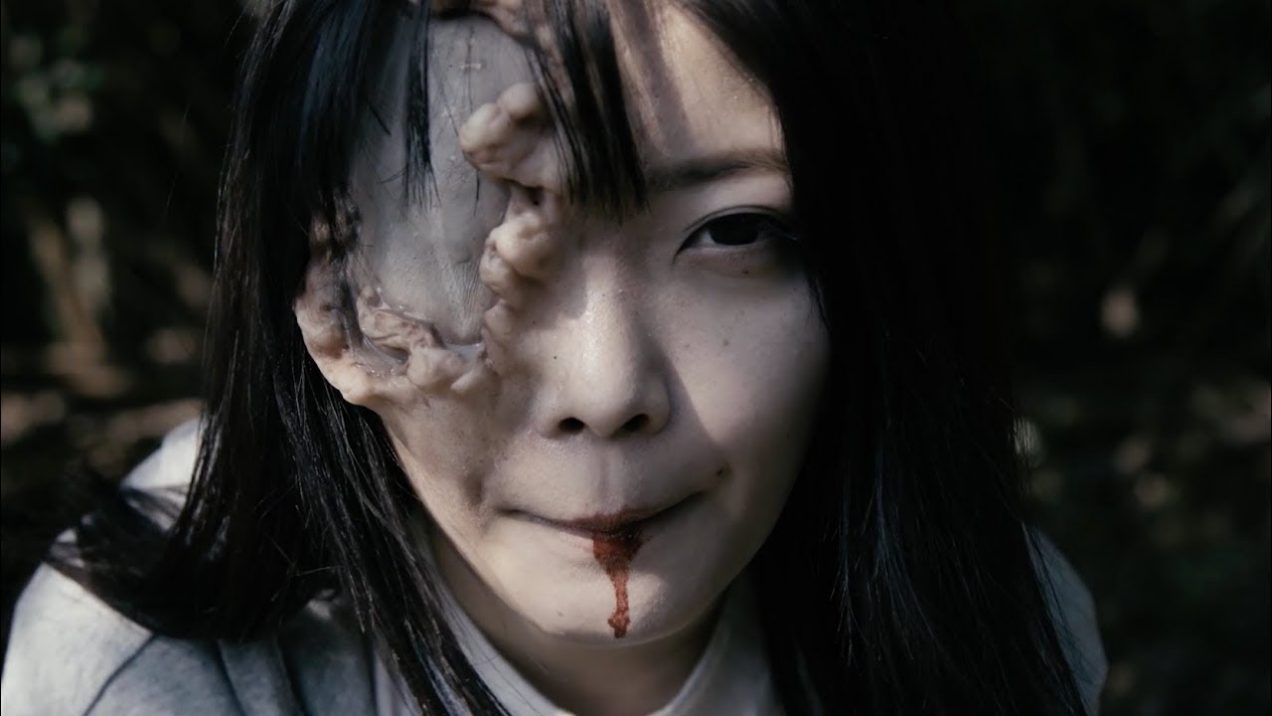 The film opens with a statistic concerning acceptance rates of various art schools in Japan. I found this interesting because, as horror films ought to, this filled me with an unmistakable anxiety tied to deep-seated feelings most can probably relate to. Sometimes an eerie monster can be just as frightening as the real world and its overly competitive nature. I soon found out that this film brilliantly intertwined both. Vampire Clay centres around a small town art prep school made up of about half a dozen students. One of which, Kaori,  has recently returned from a highly respected Tokyo art school and seems to be a victim of equal parts envy and admiration from her peers. Seeing that her batch of clay was already being used, she found another batch hidden behind all the rest. This batch was recently discovered by the teacher, buried in a tin box behind the school. We begin to understand why someone would bury this clay when Kaori begins to mould it. In the opening credits, we see the clay, in powder form, drinking water with incredible thirst. Soon after we see it in sculpture form pulsating as if harbouring lungs or a heart. This sounds almost silly, but I can’t truly express how creepy these scenes are, especially with how little time the film gives you to prepare for them.

As the film progresses we see the demon clay not only feeds off of water but the pervading animosity growing within the art class. The teacher’s unfortunate past in Tokyo, in addition to the growing jealousy of the students toward Kaori, makes the evil clay more and more powerful. This reminds us yet again that it’s not only paranormal entities that should cause us fear, but the emotional currents within us as well. That being said there is one thing that this clay likes more than water, and even more than animosity – you guessed it! – it’s blood. The rest of this film is an absolute onslaught of fear and fun, one part David Lynch, one part Dario Argento, and all parts astounding. The way everything, especially bodies, become malleable, destructible, and gory, creates an experience for the viewer that can only be described as terrifying, nauseating, and euphoric.

Where Soichi Umezawa really succeeds in this film, is that he put all of his efforts into getting the effects just right. From the clay itself sweating, bleeding, and breathing, to the horrible deformities and injuries suffered by the students, everything looks absolutely incredible. There is more than one scene in this film that will genuinely turn your stomach in the best possible way. I was thoroughly impressed and hope there is more to come, because it is rare that a film can pull off being this graphic while still maintaining elements of suspense. Like I said I think this is only possible through Umezawa’s incredible knack for realistic effects, and the time this film takes to display them. I found myself enjoying this film far more than I ever expected. If you like horrors that are different and defiant, please don’t miss out on this little-known gem.

Vampire Clay screened at the Abertoir Horror Festival 2017 and the Glasgow Film Festival 2018.