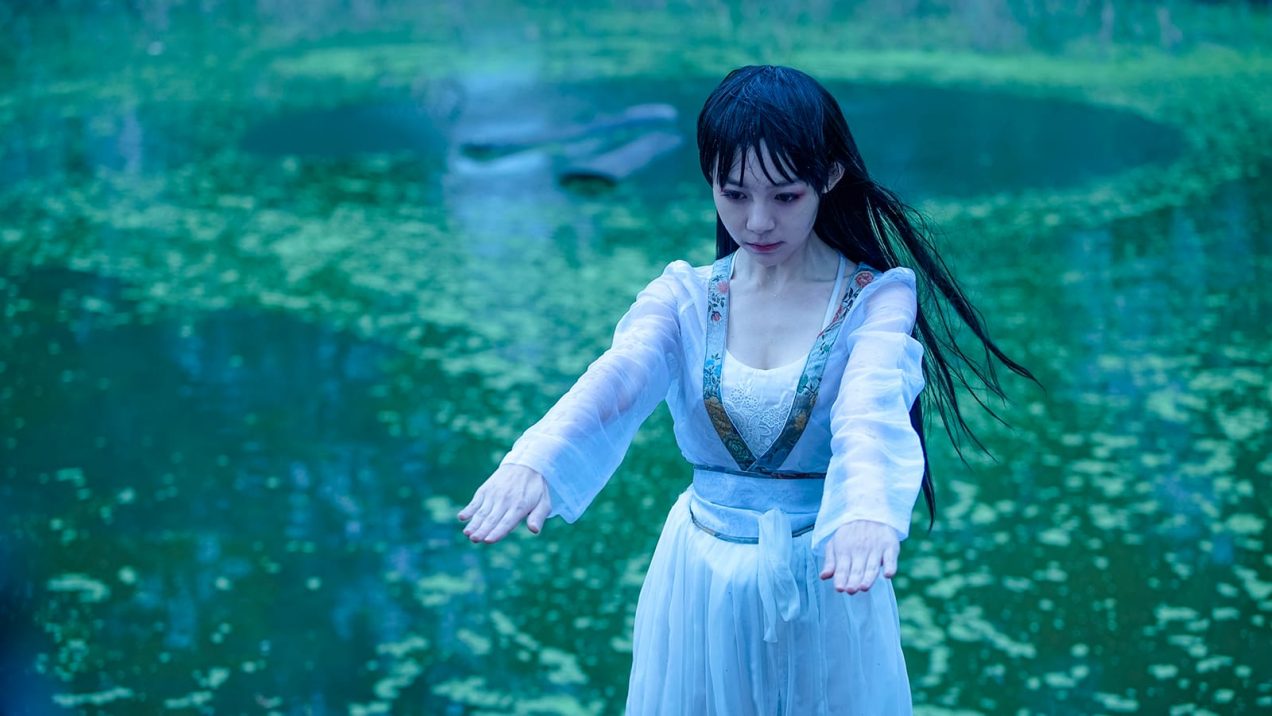 Let’s start with the important stuff, Vampire Cleanup Department is as zany and silly as the title suggests. In a shameless nostalgic throwback to the great horror comedies produced by Hong Kong in the 80’s and 90’s, the first feature from co-directors Yan Pak-wing (who also wrote Full Strike) and Chiu Sin-hang brings back the crazy concept-genre of hopping vampires (like… rabbits…) for modern audiences.

After the Geung Si genre was shook-up four years ago by director Juno Mak and Rigor Mortis, and three years after the completely crap Sifu vs Vampire from Wong Jong, this great comedic traditional homage comes to screens. We focus upon a hidden government group in Hong Kong who pose as street cleaners, but are actually tackling vampire infestations all across the city. These creatures of the dark are confronted by the Vampire Cleanup Department, fronted by veteran actors Chin Siu-ho, Richard Ng, Yuen Cheung-yan, and joined by Babyjohn Choi in their garbage disposal base.

After becoming entangled up with the seedy side of his family, with uncle Chau (Chin Siu-ho) running the department, Tim (Babyjohn Choi) finds himself in a new job and being taught how to capture and kill vermin. Sorry, vampires. Unfortunately he goofs up a disposal, and instead of ridding the world of another minion of darkness in the department’s private furnace, Tim instead falls in love with Summer (Lin Min-chen) who is a rare human-type vampire that learns and subsequently hides her from his co-workers in his cupboard. Easy mistake to make really, anyone would do it. Their romance blossoms on the screen as Tim tries to help her come back to life, all the while the VCD battle a powerful vampire king trying to resurrect with the upcoming blood moon.

The special effects are incredibly cheesy, and the quirky motions of the actors portraying the undead are supplemented by an incredible orchestral backing track. The standout part of the film is the cartoonish opening sequence itself, I love when a film presents their credits in an enjoyable fashion and this is one area where Vampire Cleanup Department doesn’t stall. Overall the flick is overtly B-movie in its cheese, however audiences loved it at the cinema and the film ticks a lot of heritage/nostalgia boxes for cult-classic viewers, and with an incredibly tight runtime to boot.

Vampire Cleanup Department screens as part of the New York Asian Film Festival 2017, which runs from 30 June to 16 July.