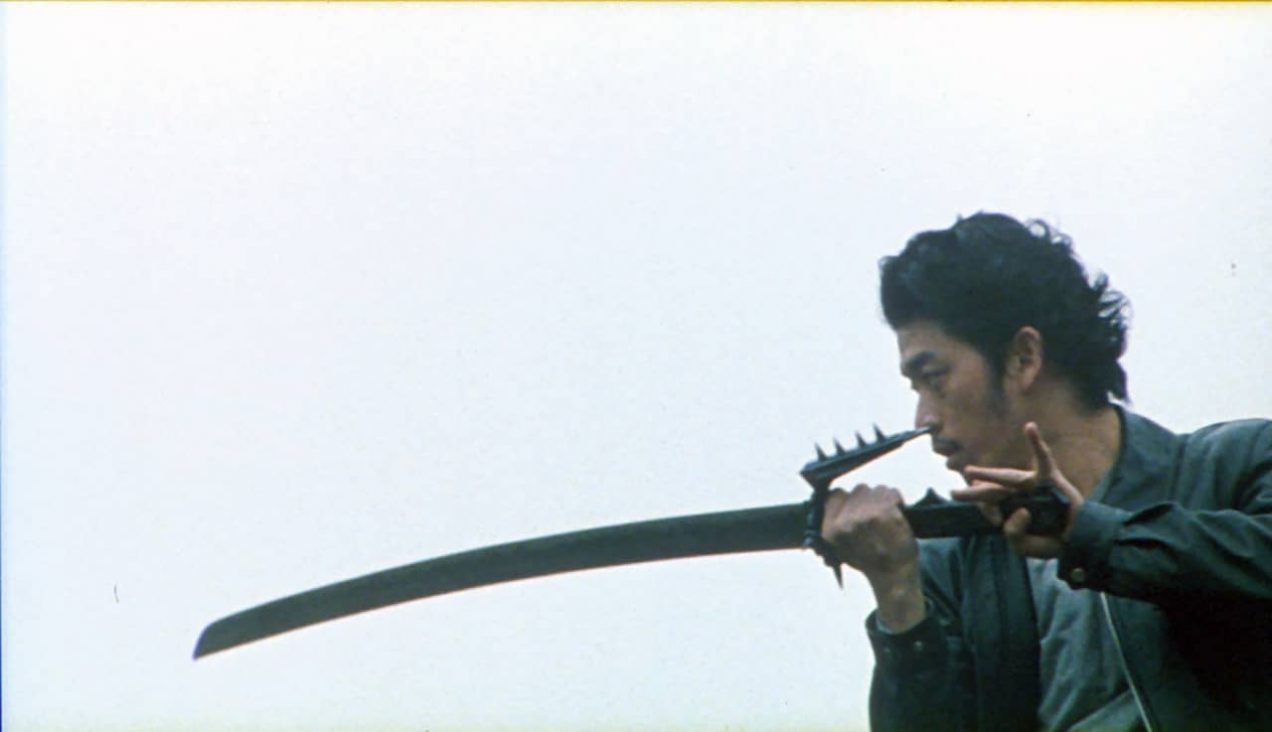 The late 1990s and early 2000s were a great time for fans of Asian horror cinema, with films like Ring, Audition, The Eye and others making it to UK cinemas and achieving a rare level of mainstream success. The period also saw the beginnings of the new wave of Japanese splatter, which later gave rise to classics such as Tokyo Gore Police and The Machine Girl, and the 2000 release of one of the most influential and enduring classics of the genre in Versus, the debut feature from Ryûhei Kitamura. Throwing together gangsters, guns and zombies in a mad, hyperkinetic mix, the low-budget film was hugely popular with cult cinema fans, with Kitamura returning to it in 2004 with Ultimate Versus, an extended version with specially-shot additional footage and considerable new post-production work.

The two versions are collected in a new UK Blu-ray release from Arrow, with a 2K restoration from original film elements by approved by Kitamura himself and with both in 1080p HD. The release also comes with a huge collection of extras, including a variety of commentaries and featurettes, interviews with Kitamura and star Tak Sakaguchi, short films, festival footage and more.

The film opens with the info that there are 666 portals on earth to a shadowy other realm, with the 444th being The Forest of Resurrection in Japan. Tak Sakaguchi plays Prisoner KSC2-303, a convict on the run in the forest who faces off against a vicious gang of yakuza, making off with a woman they’re holding captive (Chieko Misaka). The forest lives up to its name when the bodies of victims the gang had been dumping there rise from the dead and attack, the carnage being orchestrated by a mysterious man (Hideo Sakaki) who seems to have a connection to Prisoner KSC2-303 and the woman.

Shot for only $10,000, Versus really was an incredible achievement, with Ryûhei Kitamura managing to do more with his microbudget than other directors do with ten or a hundred times the sum. Even twenty years later, the non-stop barrage of gory action impresses and thrills, with the simple though effective plot basically providing a structure for a long series of set pieces and battles, Kitamura managing to continually up the ante throughout. The choreography and effects are excellent, and though undeniably lengthy at two hours, the film rattles along at a fast, high energy pace, with very little in the way of filler material. Kitamura’s direction is stylish and tight, and gives he gives Versus an epic, almost mythical feel, and though the influence of The Evil Dead and other films can be seen, it’s very much his own vision. It’s easy to see why his fusing of action and horror was so popular, and it would go on to be would be imitated countless times, though arguably never equalled, by Japanese splatter filmmakers over the coming years. Tak Sakaguchi is great in the lead, his debut role, and Versus provides him with the perfect vehicle for his martial arts skills and trademark roguish charisma, Kitamura giving him an air of effortless cool and swagger throughout, while never seeming to be taking things too seriously.

In terms of the new release, the 2K restoration and the HD upgrade look fantastic, and it’s great to see the two different versions included (there was also a third, shorter R-rated cut for US cinemas which largely excised the film’s gore), as for those who haven’t seen it, Ultimate Versus is one of those rare occasions when a Director’s Cut or Special Edition does turn out to be a very different beast. For Ultimate, Kitamura reassembled most of the cast for the shooting of new footage on the same locations, most of it action-packed (Tak Sakaguchi taking over action choreography duties), and despite having been produced four years later, it’s edited seamlessly into the original. More noticeable is the recolouring of the film, which gives it a very different and much more cinematic look, further hiding the limitations of the low budget, and the working in of CGI work and effects – thankfully, this doesn’t translate into the usual cheap-looking computer blood which mars so many Japanese splatter films. Kitamura has described Ultimate Versus as being the full realisation of his vision, and there’s more than enough to make it a must-see even for those who have seen the original multiple times, the only downside being that it stretches the running time to 130 minutes, which underlines the fact that it’s on the long side for a genre film (it’s worth noting that the release also includes the Versus FF Version, which helpfully condenses the film into a wild, fun twenty minutes).

For both newcomers and the already converted, this new Blu-ray release of Versus is an essential purchase, and the long list of extras makes it as comprehensive a package as is ever likely to be seen. The film itself, whether in the original or Ultimate version, is still quite possibly Ryûhei Kitamura’s best to date, and remains one of the finest and most energetic examples of the post-2000 Japanese splatter genre.

Versus is available now as a 2-disc Blu-ray set from Arrow Video. Join us every Thursday for the latest in James’ #cineXtremes series.