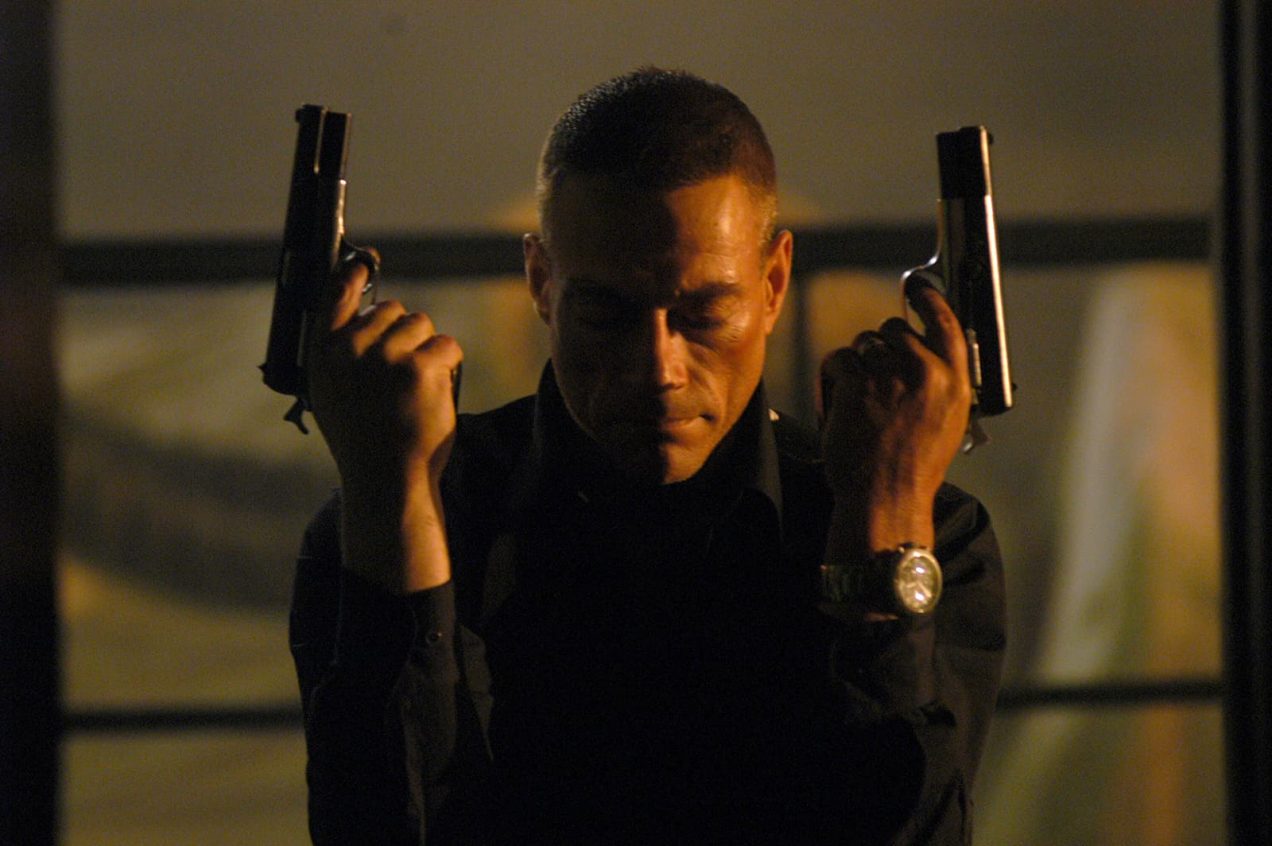 Hoary and testosterone-fuelled JCVD thriller gets a reissue, but there’s not much worth toasting to in this wake…

A direct-to-video thriller/action film on release back in 2004, there’s not much going for Wake of Death, a mostly boring effort that makes little use of Jean-Claude Van Damme’s skills. In another universe, it may have found a degree of success: the film’s troubled production history saw Ringo Lam leave the production after a few weeks of filming, before Cess Silvera was hired and then quickly fired. Eventually Frenchman Philippe Martinez took charge; known more as a producer, with a storied line in 2000s/2010s VOD action fare, there is little to suggest here that we’ve overlooked a great talent.

Still, Wake of Death’s grisly plot and brooding atmospherics suggest that a Lam-helmed version would have been excellent, given that director’s knack for such material and successful past productions with Van Damme. In a frantic opening scene, we find Van Damme locked in a car chase, with staccato cutting narrowing shots down to single frames, cut against of the Muscle from Brussels looking mournful in a dark room, shadows lit across his face.

Unfortunately, it’s all downhill from there. The plot is simple enough: the daughter of Chinese Triad kingpin (Simon Yam) witnesses her mother get killed and escapes to LA on a boat, where she’s picked up by immigration authorities and taken into care by Cynthia Archer (Lisa King), wife of club bouncer Ben Archer (Van Damme). But Cynthia’s boss is in deep with the Triads in a drug-smuggling game and sells out the Archers. With his wife and in-laws brutally murdered, Van Damme goes on a revenge mission.

For all the film’s attempts at grittiness, there’s very little really latch onto here for the viewer. The action scenes are tightly done; aside from the opening car chase, there is a high-flying motorbike chase in a shopping centre, and a raid on a brothel which gets very nasty and bloody. But these scenes ultimately lack the sensitivity to body movement and physicality that Lam would have brought to proceedings. They’re good rather than great. And the rest of the film does nothing to make up for that.

Take, for example, Wake of Death’s use of its music score, which is near-constant and very on-the-nose, as if the audience needs to be guided through its emotions in a film where the bad guy graphically slits a mistress’s throat after having sex with her. Or the editing in basic dialogue scenes, which jumps through a litany of reaction shots for no apparent reason – sometimes at a pace which outstrips the action sequences. Nothing wrong with a basic actioner being gussied up with a hyperactive style – but a basic respect for framing, composition and pacing is a requirement.

Not everything here is a bust. There is some entertaining scenery-chewing from the leathery-faced supporting cast, and Van Damme’s own performance is not bad. By this point in his career, the lines are starting to appear in his face – he looks more tired and exhausted than anything else, and it befits a character who is pulled into a revenge mission he has no interest in. He’s still visibly Van Damme, but he actually finds some interesting moments here – not as a martial artist, but as an actor. But it’s too little too late. No need to feel obliged to view this out of respect.

Wake of Death is available now on Special Edition Blu-ray, DVD and Digital from Kaleidoscope Entertainment.