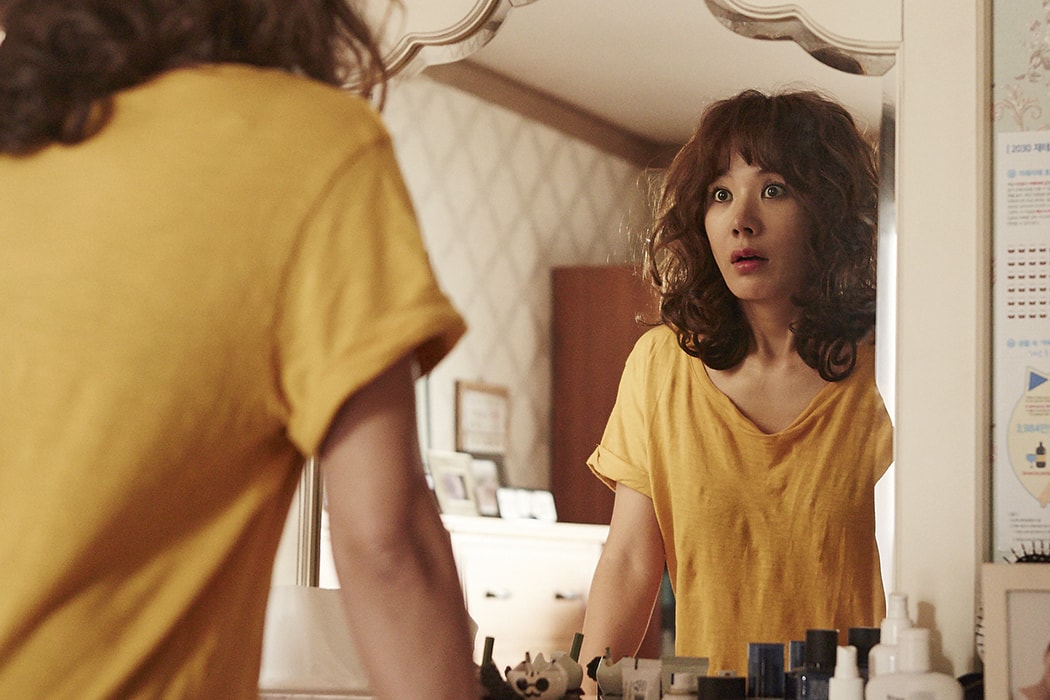 Top Korean actress Uhm Jung-hwa (Haeundae) takes on the age-old body swap genre with Wonderful Nightmare, playing an arrogant lawyer given a chance to turn her life around after her accidental death. Directed by Kang Hyo-jin (Twilight Gangsters), the film features actor Song Seung-heon (Obsessed) in the male lead role opposite Uhm, and unsurprisingly mines the familiar premise for romantic comedy laughs and heart-warming drama.

Uhm headlines as ruthless lawyer Yeon Woo, who survived a rough childhood to rise to the top of her profession, becoming selfish, isolated and cold-blooded along the way, known for taking on cases to help the rich and powerful, whether they deserve it or not. Everything changes when one night her car crashes, and she wakes up in heaven, only to be informed that her death was down to a celestial clerical error. To set things right, she is given the difficult task of inhabiting the body of another woman during the last month of her life, under strict instructions to play her part and not try to change fate. Unfortunately for Yeon Woo, the woman in question turns out to be an average housewife, married to civil servant Sung Hwan (Song Seung-heon) and saddled with a six year old son and bratty teenage daughter (Seo Shin-ae, My Love, My Bride), struggling with debt and a long list of other problems.

Body swap films have been a cinematic staple for decades, and Wonderful Nightmare certainly doesn’t stray from the well-worn path, Kang Hyo-jin being perfectly happy to stick to the usual formula. As with the vast majority of Korean romantic comedies and dramas the film aims for the crowd-pleasing approach of laughs during the early stages, building to tear-jerking melodrama during the final third, working in a few social issues along the way. Though it’s devoid of originality, Kang handles things reasonably well, and the film has an unforced and pleasant flow, helped by some genuinely funny gags and an at least vaguely convincing treatment of the problem of corruption in Korean society. Needless to say, life lessons are learned and regrets come to the fore, the nightmare becoming wish-fulfilment as Yeon Woo realises what she’s been missing in life, though there’s a pleasing avoidance of anything too preachy or heavy-handed thanks to a balanced script which tries to keep things grounded. Whether or not the film is actually moving depends largely on the viewer’s disposition to this kind of fare, though it’s undeniably engaging despite the lack of any real surprises or dramatic tension.

Star power plays a large part in the film’s effectiveness, Uhm Jung-hwa turning in a great performance and giving the material a marked lift. Taking on a different and decidedly less glamorous role than the actress is known for, she again shows her great versatility, taking what could easily have been a one-dimensional protagonist and making her far more interesting and sympathetic. There’s a real sense of character growth to Yeon Woo’s journey as a result, and Uhm makes her transformation both believable and fun to watch, being well-deserving of the Best Actress nomination she won at the Grand Bell Awards for the film. Song Seung-heon also impresses, ensuring Sung Hwan has more to offer than the weak or goofy male lead role that often turns up in this kind of film, and the relationship between him and Yeon Woo shifts and develops subtly and rewardingly.

While none of this is enough to prevent Wonderful Nightmare from being anything other than generic, it’s a solid example of the body swap form, and one of the better Korean romantic comedy dramas of late. Boosted considerably by the presence of Uhm Jung-hwa , the film sees Kang Hyo-jin succeeding in his modest ambitions, and there’s enough here for a couple of hours of throwaway entertainment.

Wonderful Nightmare is available from YesAsia.