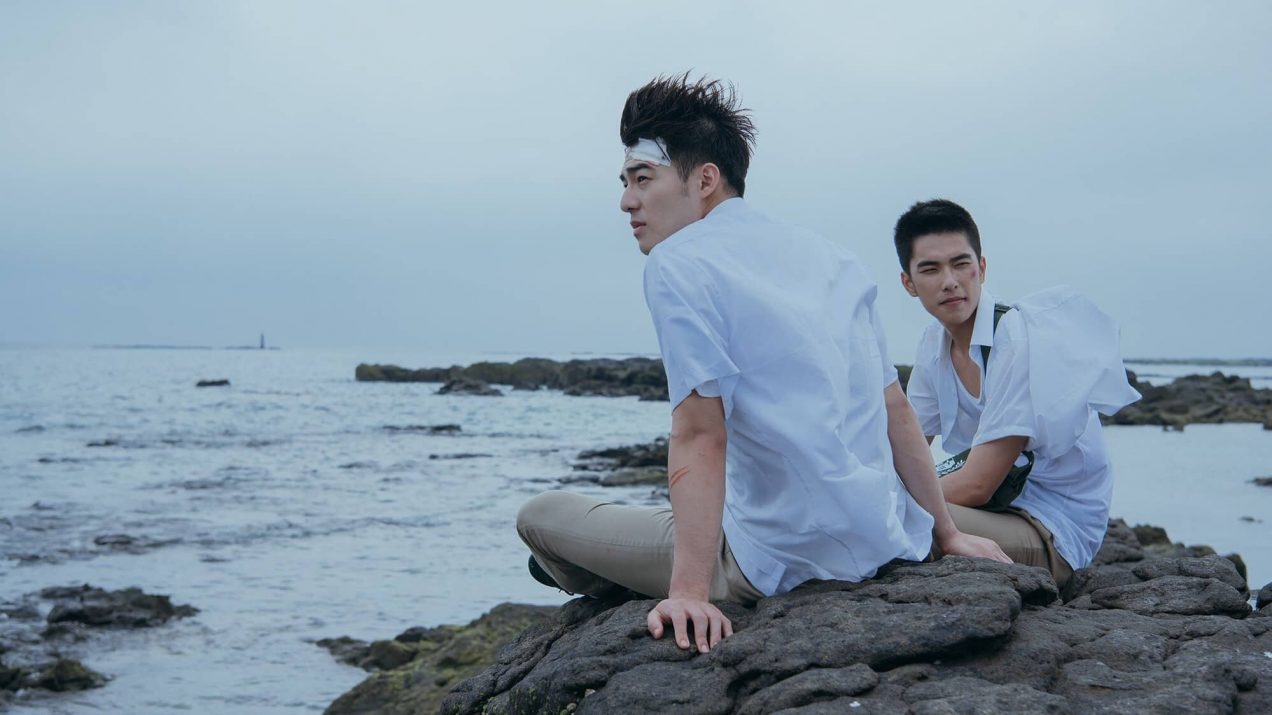 In a scene midway through Your Name Engraved Herein, the main character Jia-Han, a teenage schoolboy, asks another openly gay schoolmate when he first started to have feelings for other boys. This boy answers by leaning in to kiss him, but Jia-Han responds by roughly grabbing his neck and pushing him away.

The struggle to acknowledge gay feelings in a society that stigmatises them, and the torturous pain of trying to repress them are at the heart of this above-average Taiwanese film directed by Kuang-Hui Liu. While the film doesn’t do or say anything all that original, it carries off what it attempts well enough, helped by strong performances by the young actors in the two main roles.

The film is set in 1988 at the time of Chiang Kai Shek’s death and Taiwan’s transition from 38 years of martial law, but it largely passes up the chance to delve much into this interesting transitional period in the island’s history, instead telling a more intimate romantic story about two schoolboys.

Alongside this, while the film presents traditional Taiwanese society at the time as continuing to condemn and stigmatise gay relationships, it doesn’t really deeply explore the reasons why it might be doing so, whether for instance these emerge out of traditional Chinese values or imported Christianity. This leaves it slightly lacking as a film about the gay rights movement in Taiwan.

The film tells the story of Jia-Han (Hao-Sen Chen), a student at a boarding school that is both Christian and military and combines the oppressive discipline of both of these, refusing to accept any kind of either heterosexual or even more so, homosexual, relations between its students. Jia-Han develops intense feelings for one of the other students, Birdy (Jing-hua Tseng), who seems to reciprocate but be unable to acknowledge that he is gay.

Both boys battle with their continual need to repress the emotions burning inside of them, spending special romantic times with each other, but never quite being able to bring themselves to express the reality of their feelings for each other. In an attempt to push Jia-Han away, Birdy instead starts to date one of the girls at the school and convinces himself that he is really straight

These passionate feelings continue to thrash around inside of each of them, trying to break their way out. The two actors Chen and Tseng do an excellent job of showing the way they are tormented by the emotions inside of them and the sense they appear to be unrequited by the other. As Jia-Han, Chen shifts between a kind of listlessness and resignation and a bitter, tortured anger.

The film is also nicely shot. Many scenes effectively evoke particular moods, using soft-focus and coloured lighting to capture the dreamy sensuality of romantic moments between the two boys. There are also some nice symbolic images – waves crashing into a rocky shore to evoke the frustrated passion, a bird soaring above a waterfall’s continually falling curtain of water.

Your Name Engraved Herein has apparently done very well in Taiwanese cinemas, attracting a wide audience. In this way it is to the film’s credit that it offers a romantic drama which stands on its own merits, rather than relying on its role as a piece of social commentary. The film is an effective romantic comedy that engages audiences with its story much better than many, more mainstream offerings.

However, Taiwan recently became the first place in Asia to legalise gay marriage and a more socially minded film might have touched on this. It would have been interesting to see more exploration of how Taiwanese society has moved from the kind of stigmatisation of being gay shown in the film to its present more progressive attitude. That this film doesn’t discuss this is something of a missed opportunity.