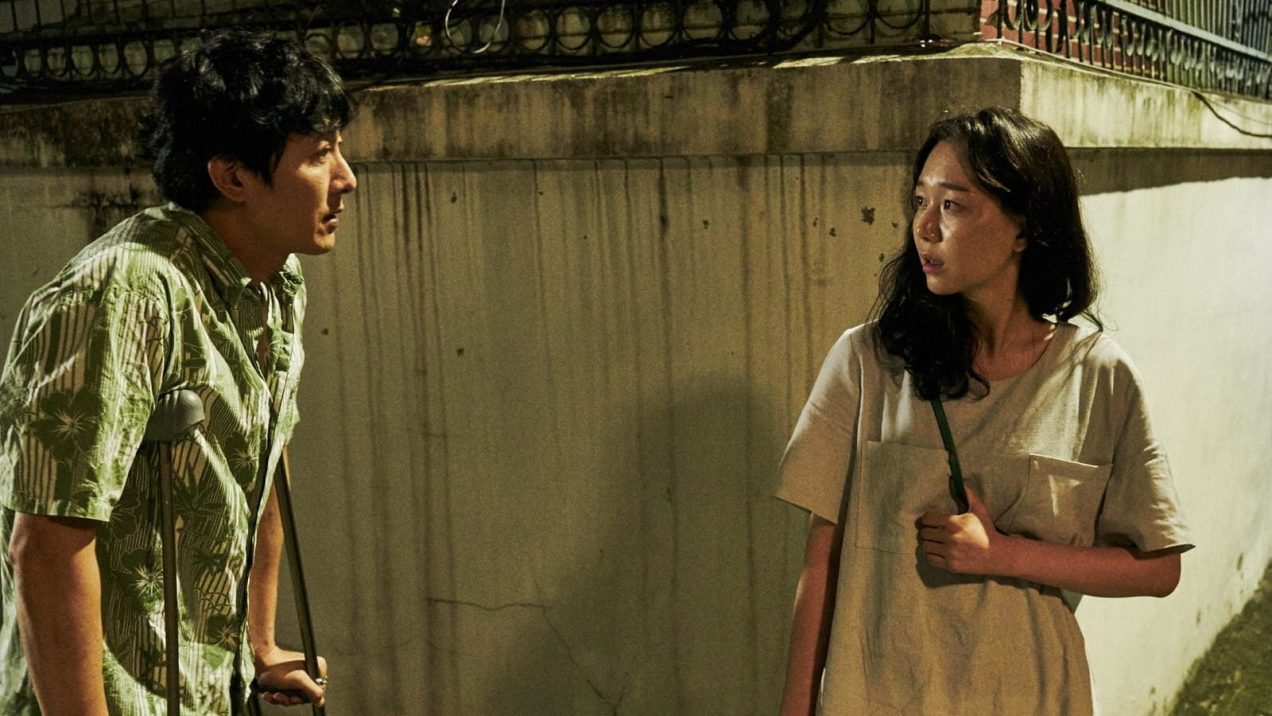 What can you say about a Hong Sang-soo film that hasn’t been said before? The celebrated auteur returns with a recognisable mix of relationship troubles, awkward and drunken conversations in cafes and bars, a playful narrative device, random acquaintances and a filmmaker with an incredibly familiar sounding name. Yet at its heart, his latest film is possibly one of his most romantic to date. Could we ask for anything more? The film is currently becoming a favourite at festivals around the world, premiering at the 2016 Toronto International Film Festival, and winning Best Director and Silver Seashell Best Director at 2016 San Sebastián International Film Festival, and was nominated for a Critics Award at 2016 Hamburg Film Festival.

As Yourself and Yours opens artist Yeong-soo (Kim Joo-hyuk, Beauty Inside, The Servant) is listening to his friend (Kim Eui-sung) relates stories about Yeong-soo’s girlfriend. It seems Min-jeong (Lee Yoo-young, The Treacherous, Late Spring) has been seen out drinking, though she’s promised to cut down, and even fighting with a man in bar. When Yeong-soo confronts her about this, the couple argue and agree to take a break from their relationship. But not long after Yeong-soo breaks his leg and, feeling rather sorry for himself, decides he can’t live without Min-jeong. In the meantime someone looking exactly like her, and (occasionally) professing to be her twin, begins a relationship with a mutual acquaintance, claiming to be looking for the ‘perfect man’. Can true love run its course?

Fans of Hong Sang-soo will know exactly what to expect, as he embarks on this latest tale with characteristically naïve camerawork and candid conversations. The difference this time is the narrative is somewhat more straightforward; the biggest opaqueness stemming from whether or not Min-jeong really has a doppelganger running around in the same town or not. But whether you believe this or not, perhaps the point is more that sometimes relationships need a reboot; that we could all do with breaking our habitual interactions and starting again. Conversely our characters also seem to come to an understanding not to try to change each other in the process.

Both leads have most recently been seen in intense roles – Kim Joo-hyuk as the duplicitous aspiring politician in The Truth Beneath; Lee Yoo-young as the psychic friend in horror Fatal Intuition – which perhaps explains why they settle into the script so readily with such charming performances. The quiet humour of Hong’s script delights as ever, particularly when centring on the patrons of one local bar that have nothing better to do than gossip about Min-jeong (or is that her twin?) and her latest beau.

Kim and Lee join the ranks of Hong Sang-soo regulars such as Kim Eui-sung, fresh from his performance as that businessman in blockbuster Train To Busan, Kwon Hae-hyo and Yoo Joon-sang, playing film director ‘Sang-won’, having variously appeared in Right Now, Wrong Then, Nobody’s Daughter Haewon, The Day He Arrives, Like You Know It All, HaHaHa, Hill of Freedom and In Another Country.

Hong has allowed his characters to daydream that things would work out in the past, tripping us into believing that events are real, only to reveal they were fantasy. Here he allows those hopes to come true – albeit after one final toy with the audience. It feels like the shift in his recent films towards a happy end is complete. It’s sweet and disarmingly unexpected. You wonder what could have brought on such a change of heart in the director? Yourself and Yours might not be the film to bring new fans to his work, but for the rest of us it’s as welcome as your favourite single malt.

Yourself And Yours closes the London Korean Film Festival 2016 tomorrow (17 November), ahead appearing as part of the touring programme. It also screens at the 10th Five Flavours Film Festival 2016, which runs from 16-23 November 2016.