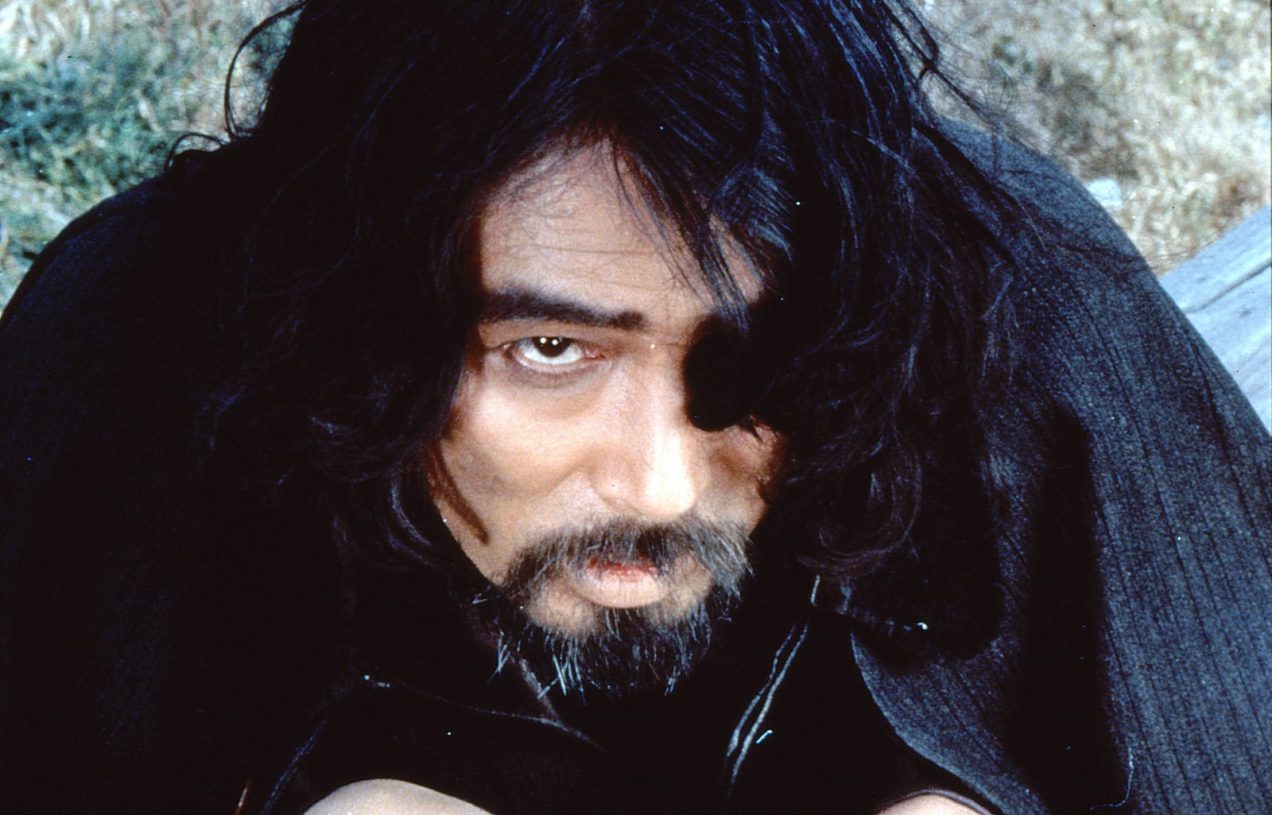 Seijun Suzuki proves he can create a movie with historical depth, in the first of the Taisho trilogy…

Having been blacklisted after his misunderstood now-classic Branded To Kill, master director Seijun Suzuki came back some 13 years later with the Taisho trilogy. The first of these, Zigeunerweisen is a cryptic, highly intelligent psychodrama that was a huge success in Japan critically and commercially. Now available for the first time outside of Japan thanks to the tireless efforts of Arrow video, the film is something entirely different from his previous psychedelic Yakuza flicks that have gained a massive cult following.

Yoshio Harada (Still Walking) and Toshiya Fujita (Lady Snowblood) star as two friends and Professors Nakasago and Aochi living in the Taisho period (1912-1926). At the beginning of the film Aochi saves Nakasago from being arrested for murder, and this sets in motion a strange friendship that ultimately involves psychosexual games with their wives. Nakasago’s first wife Koine (Naoko Otani, Will To Live) is a Geisha, and both men are smitten by her. Aochi’s wife Shuko (Michiyo Okusu, Zatoichi’s Pilgrimage) falls for Harada, and this is where the complexity sets in. Harada is a drifter and has a laissez faire attitude that gets him in trouble, while Fujita is an honourable, simple man.

Suzuki Independently funded the film thanks to producer Genjiro Arato, and while it is low budget, it bears all of the hallmarks of his style. Those used to the almost-constant surrealism of Branded To Kill and Tokyo Drifter will be surprised at the traditional Japanese aesthetic, slow pace and long running time. Surreal sequences here serve to offset the realist approach, and are just as visually arresting as classic Suzuki, while being relatively scarce so it’s a real kick when they arrive. Scenes such as a wandering family of gypsies buried in the sand while they crack each others heads with sticks, and Harada’s existential scenes involving the wives with some bizarre editing and Kwaidan-like painted landscapes are beautifully rendered.

Harada and Fujita nail there respective roles, and there is a strange chemistry between them that haunts the memory. Fujita especially wonderfully conveys the essential goodness of his character, while his shambling walk and world-weary countenance speak of a man broken by circumstance. Okusu won a supporting role Japanese Oscar for her role as Shuko, but to be perfectly honest I found her annoying and the worst thing about the film. Otani is superb in dual roles as two of Harada’s wives, and her emoting and controlling of Aochi later in the film is enthralling.

The trilogy has been talked about by Japanese audiences and critics as some of the best local films ever made, especially with the concentration on the meaning of the Taisho period in Japanese history. This was a time when Western culture was growing in influence, and the people were unsure about there place in time and space. This is reflected in the characters, with Nakasago embodying a twisted version of the traditional Japanese male. He always wears a Kimono, has a wandering itinerant lifestyle and the way he treats his wives, plus his essential air of mystery, shows this. Nakasago’s wives are also very traditional. Aochi embodies the development and assimilation of Western culture, reflected in his dress, demeanour and European-style house and wife who listens to the Zigeunerweisen violin composition by Pablo De Sarasate that gives the film its title. Aochi’s character also depicts the honourable nature of the Japanese spirit, one that is tainted as the film goes on.

At times the film for me is impenetrable; so densely thematic and narratively fractured that I needed time out to breath. These are also its strengths, of course. Japanese critics labelled the movie a must-see Japanese film of the 80’s, and it was screened at the 31st Berlin Film Festival, where it won an honourable mention. Outside of this the only other screening in the West was in my hometown for the Edinburgh Film Festival in 1988.

Considering Suzuki’s previous work, basically Surreal action films, what a departure this film is, and one that saw him back in favour. While at times a little hard to follow and even watch, Zigeunerweisen is an outstanding achievement.

Zigeunerweisen screens as part of Japan Cuts 2017, which runs from 13-23rd July, and is available from Arrow Academy as part of The Taisho Trilogy Dual Format boxset.